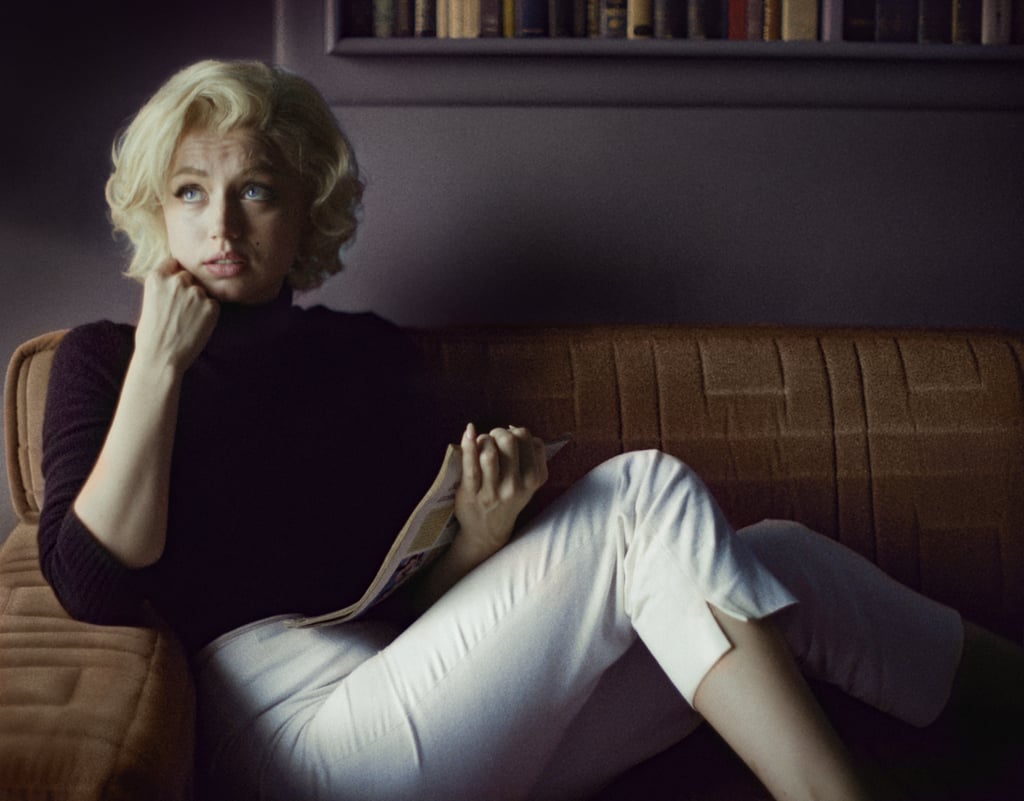 Ana de Armas’s latest role calls for quite the dramatic hair transformation. The actor is set to portray Marilyn Monroe in Netflix’s “Blonde” later this year, and with the help of a curly blond wig, red lipstick, and fake mole, she looks nearly identical to the Hollywood icon. In a new teaser shared on June 16, de Armas rocks a voluminous platinum-blond bob hairstyle, just like the one Monroe became known for back in the 1950s and ’60s, and the resemblance is truly uncanny.

De Armas’s Monroe-esque look is the handiwork of Los Angeles-based hairstylist Jaime Leigh McIntosh and Wigmaker Associates founder Rob Pickens. (Pickens also created wigs for various characters in “Stranger Things” season four, including Eleven’s buzz-cut hairstyle, so you could say he’s been booked and busy.) While sharing a peek at de Armas in character on Instagram, McIntosh thanked Pickens for “putting up with my constant fussy requests to get those wigs just right and help me figure out how to accomplish what I could with such a tiny wig budget.” Their teamwork definitely paid off.

Last year, de Armas talked to Byrdie about the lengthy process behind physically morphing into Monroe — turns out it wasn’t as simple as just throwing on her wig and heading to set. “[Marilyn] went through different shades of blonde from golden to really platinum, so for these wigs that are beautifully made, you can’t have anything dark underneath, so we had to make a bald cap every single day from my forehead to [around] my whole head,” she told the publication. “It was like, three and a half hours every day of makeup. I think I actually cried the first time I saw [the wigs] on. Probably because I was terrified. But I’m so proud.” Back in 2019, she even treated her Instagram followers to a peek at herself in a bald cap while filming.

Read ahead to admire all the peeks we’ve gotten at de Armas’s “Blonde” transformation so far, and stay tuned for the biographical drama to hit Netflix on Sept. 23.