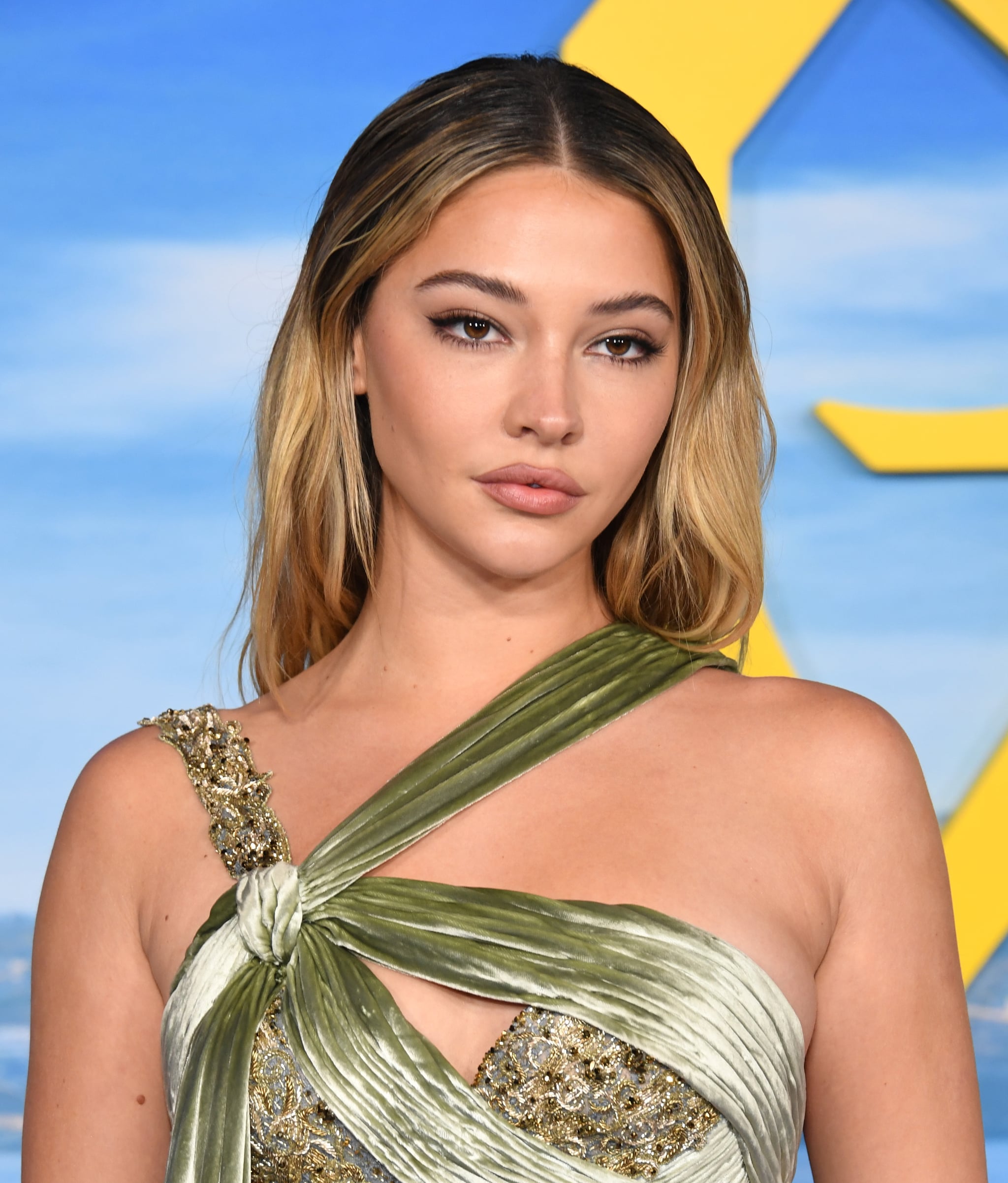 Ahead of the release of her new movie “Glass Onion: A Knives Out Mystery,” Madelyn Cline appeared on “The Tonight Show Starring Jimmy Fallon” on Nov. 23 dressed to the nines. The star wore an all-green satin dress by Alexandre Vauthier and matching knee-high boots and paired the outfit with one of the hottest hairstyle trends of the year. Cline’s long dirty-blond hair was styled into a tousled Pamela Anderson-inspired updo, complete with face-framing pieces on either side of her face to really round out the ’90s vibe.

Since “Pam & Tommy” hit Hulu back in February 2022, beauty looks inspired by Anderson have been on the rise. Cline’s version of the messy bun, by celebrity hairstylist Danielle Priano, saw all of her hair pulled up high on top of her head, save for her long, blown-out bangs, which had a slight bend to them right at her cheekbones.

Cline’s makeup, by celebrity makeup artist Hung Vanngo, was also perfectly on theme with soft brown tones on the eyes and lips and terracotta blush on the high points of her cheeks. Last but not least — because no glam is complete without a manicure — celebrity nail artist Julie Kandalec gave her almond-shaped extensions the supermodel-nails treatment.

Ahead, see Cline’s ode to the ’90s and her Pamela Anderson messy bun. 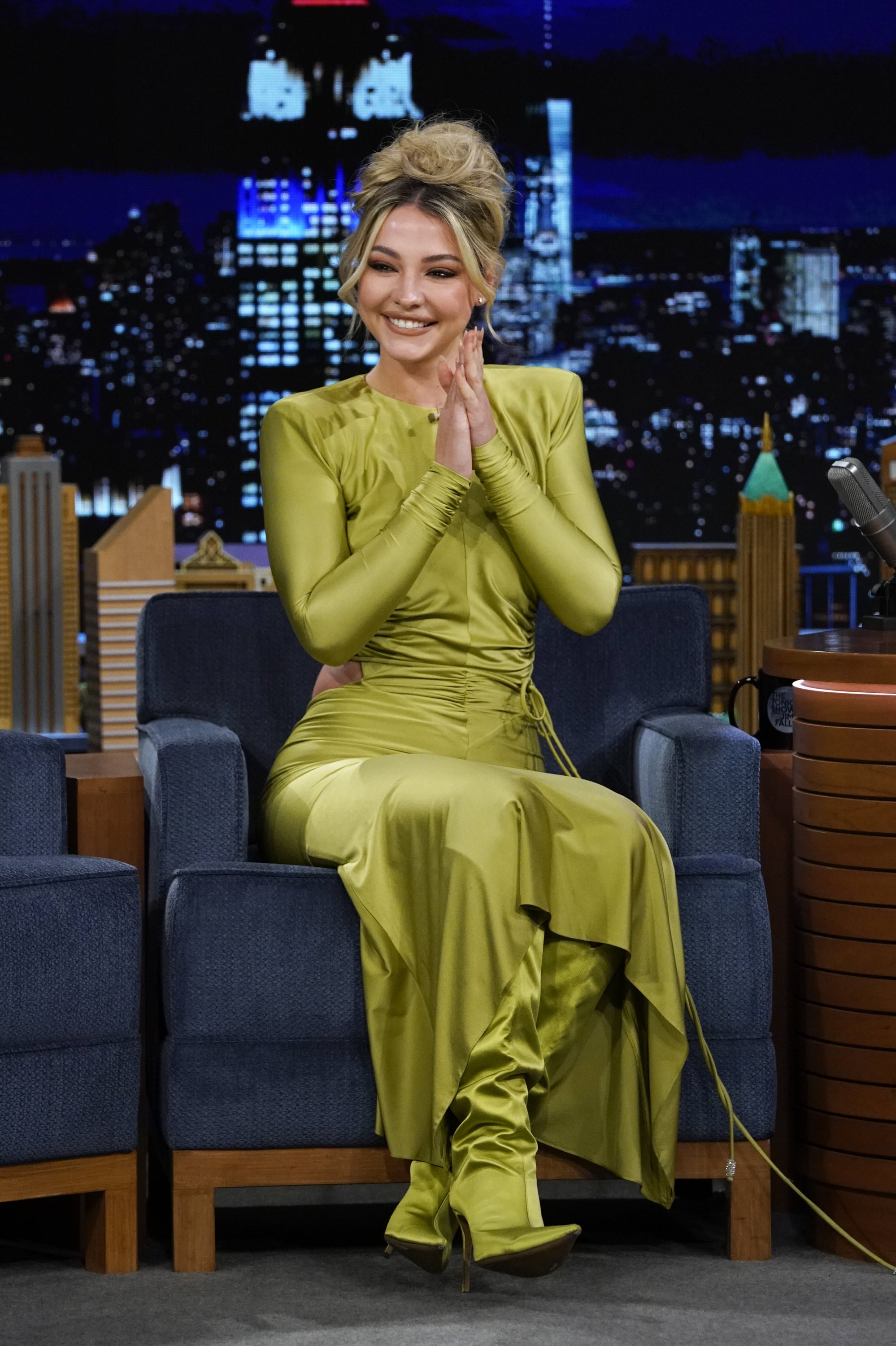 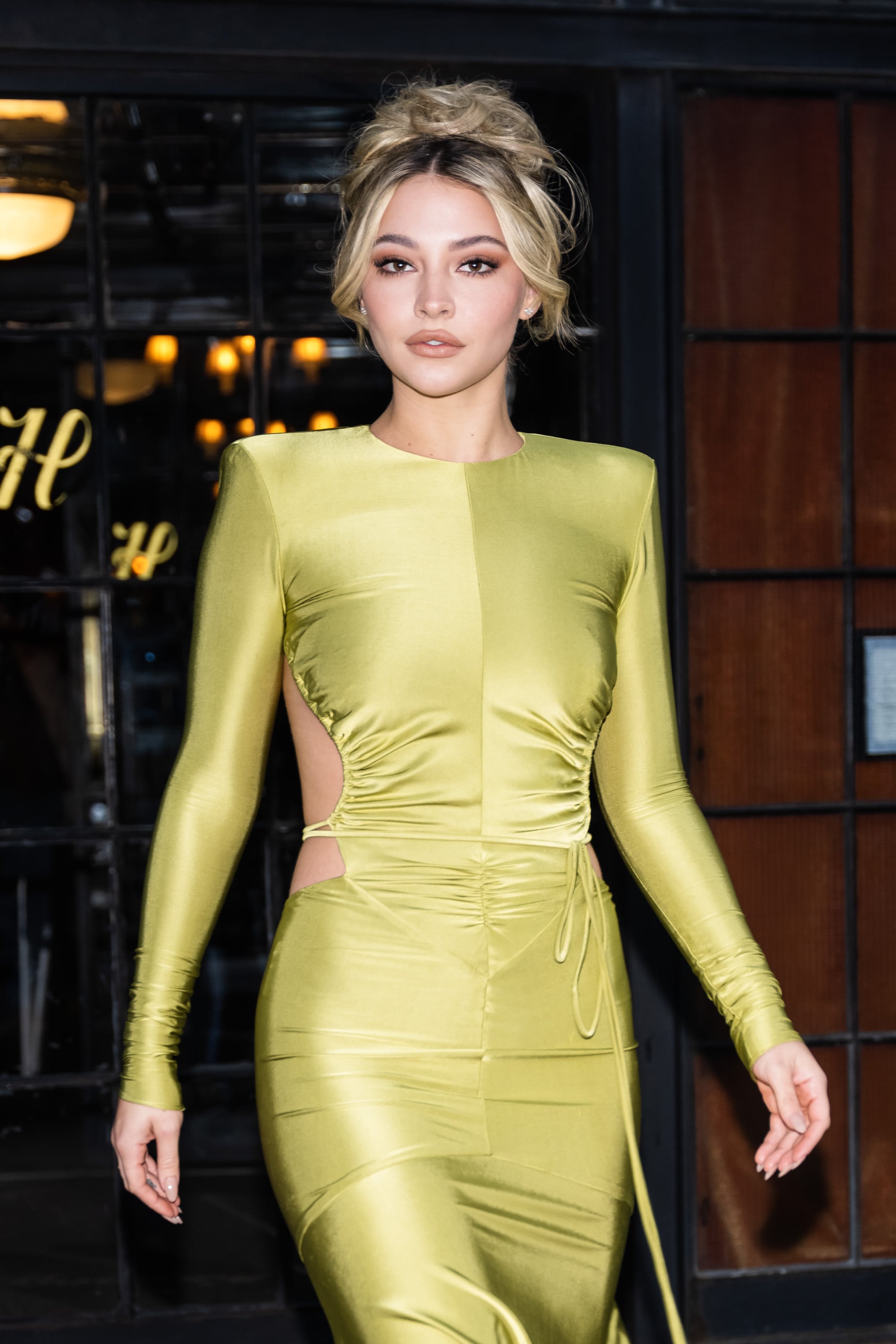 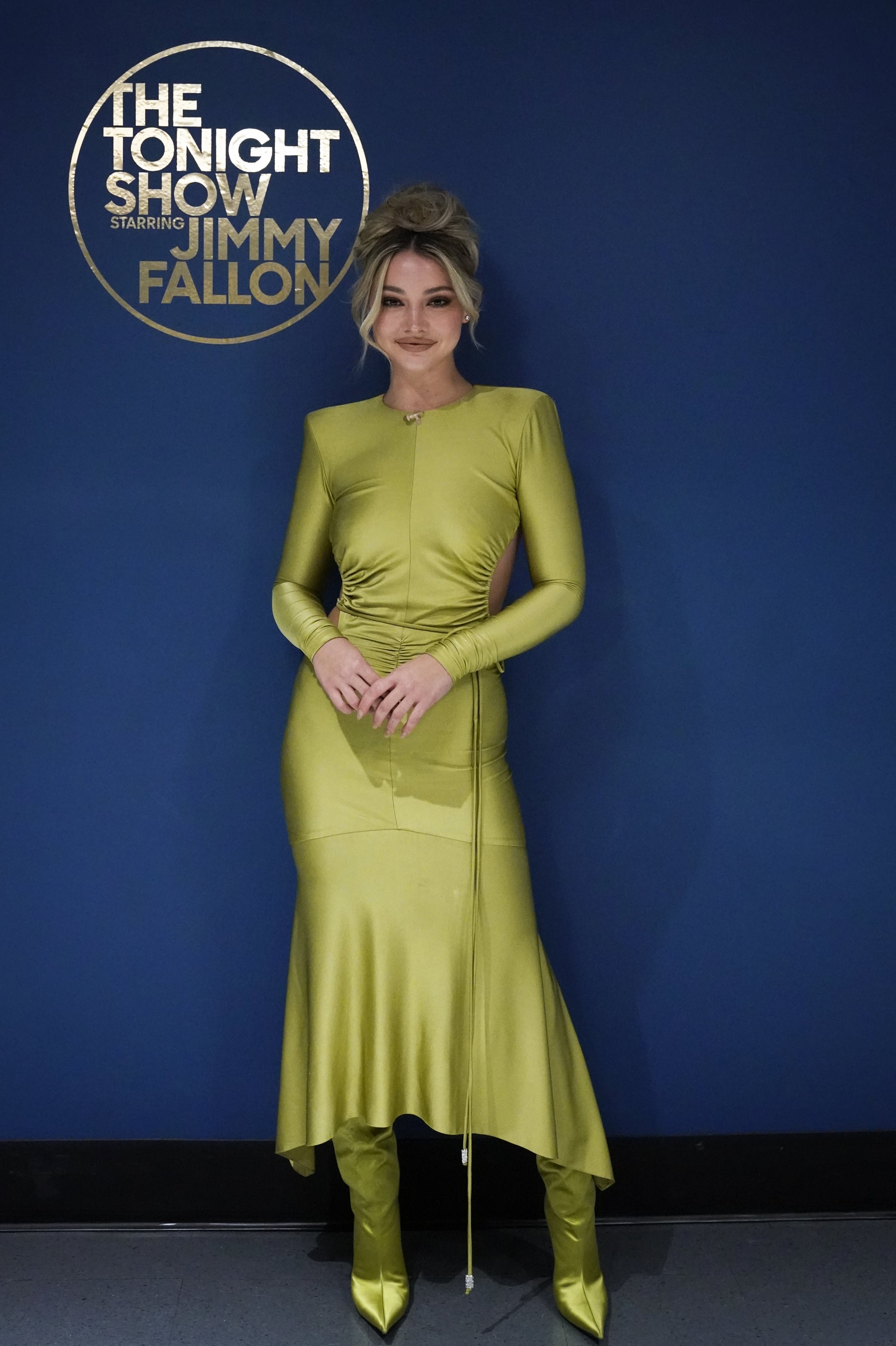