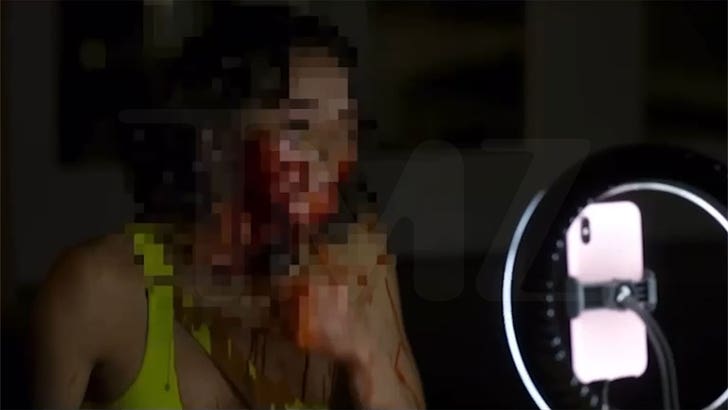 50 Cent and director Josh Stolberg have an instant promo for their upcoming horror flick, “Skill House” … it’s so terrifying, even the film’s crew is losing consciousness on set!

TMZ Hip Hop obtained this footage … it’s the camera operator’s reaction while filming a particularly bloody scene, and whoever’s behind the lens has a weak stomach … because he passed out on the spot.

The clip opens up with an extremely bloody actor and you can see the camera become wobbly almost immediately as the cameraman loses consciousness (but thankfully not his lunch!). 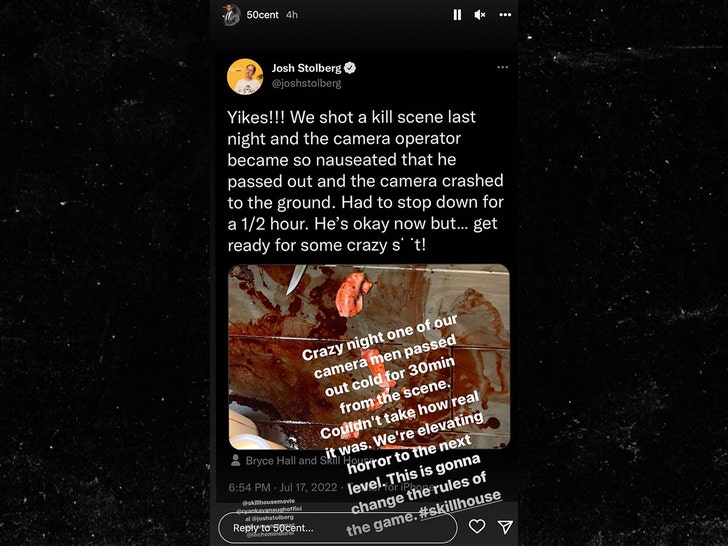 If you’re squeamish too, you get why the guy went down — 50 still couldn’t believe it when he shared the gory story on Instagram … and he was just getting it secondhand.

We’re told Fiddy wasn’t on set at the time but several other cast members, including Amira Mertaban, were present — Amira was actually the first person to rush to the cameraman’s side. Medics stepped in, and we’re told the camera guy is fine … he’ll be back on set to finish the film.

Hollywood SFX legend Steve Johnson is credited (or blamed) for creating the gut-wrenching scene. He and Stolberg — who worked on the last 2 ‘Saw’ movies — seem hellbent on pushing the limit on “Skill House.”

The movie’s being produced by 50 Cent and co-stars Bryce Hall, of TikTok fame, and UFC icon Paige VanZant.