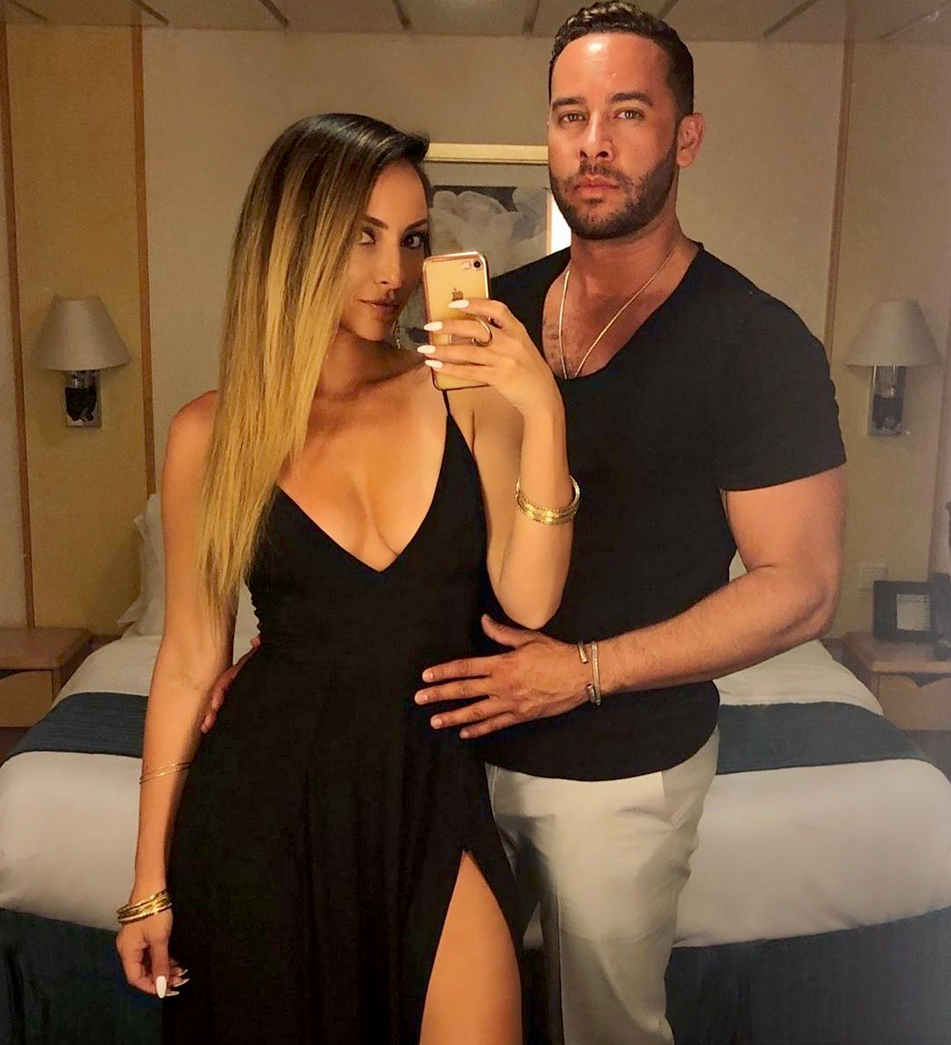 His love life is thriving. 90 Day Fiancé star Jonathan Rivera showed off his girlfriend, Janelle Miller, on Instagram for the first time following his split from estranged wife Fernanda Flores.

The reality star, 32, posted a selfie of the couple striking sexy poses in front of a mirror on Wednesday, June 12. “WCW,” Rivera captioned the pic.

The TV personality previously shared a photo of the pair in May, though they both had their faces covered with bandanas. “All I need in this life of sin..” he wrote at the time, referencing Jay-Z‘s 2002 track “Bonnie & Clyde” featuring now-wife Beyoncé. (The lyrics end that line with: “Is me and my girlfriend.”)

Miller is a sports talent marketing agent from Chicago.

Rivera, for his part, appeared on season 6 of 90 Day Fiancé. The North Carolina native met Flores, 20, in Mexico while on vacation and proposed three months later. Their 12-year age difference took its toll on their relationship.

Split speculation began in December 2018. Rivera claimed via Instagram at the time that Flores ended the marriage. “She wanted to pursue a modeling career in Chicago. Decided to leave and realized she couldn’t do it on her own,” he alleged. “She said MANY things you can’t take back that I won’t mention, you’ll have to trust me when I tell you, good luck.”

Rivera also defended himself in the wake of a fan accusing him of giving up on the relationship, noting that he “gave 1000% always, until it wasn’t enough.”

Days later, he confirmed their breakup. “I haven’t spoken to Fernanda since December 22,” he told In Touch. “I have a lot going on and so in the midst of all the craziness, I try to focus on what’s important.”

Flores lashed out at the realtor weeks later. “You want to know what happened?” she asked on Twitter in January. “I married a narcissist.”

Earlier this month, Rivera assured fans that their divorce proceedings were underway. “I officially signed the divorce paperwork yesterday,” he explained on Instagram on June 5. “Moving on.”