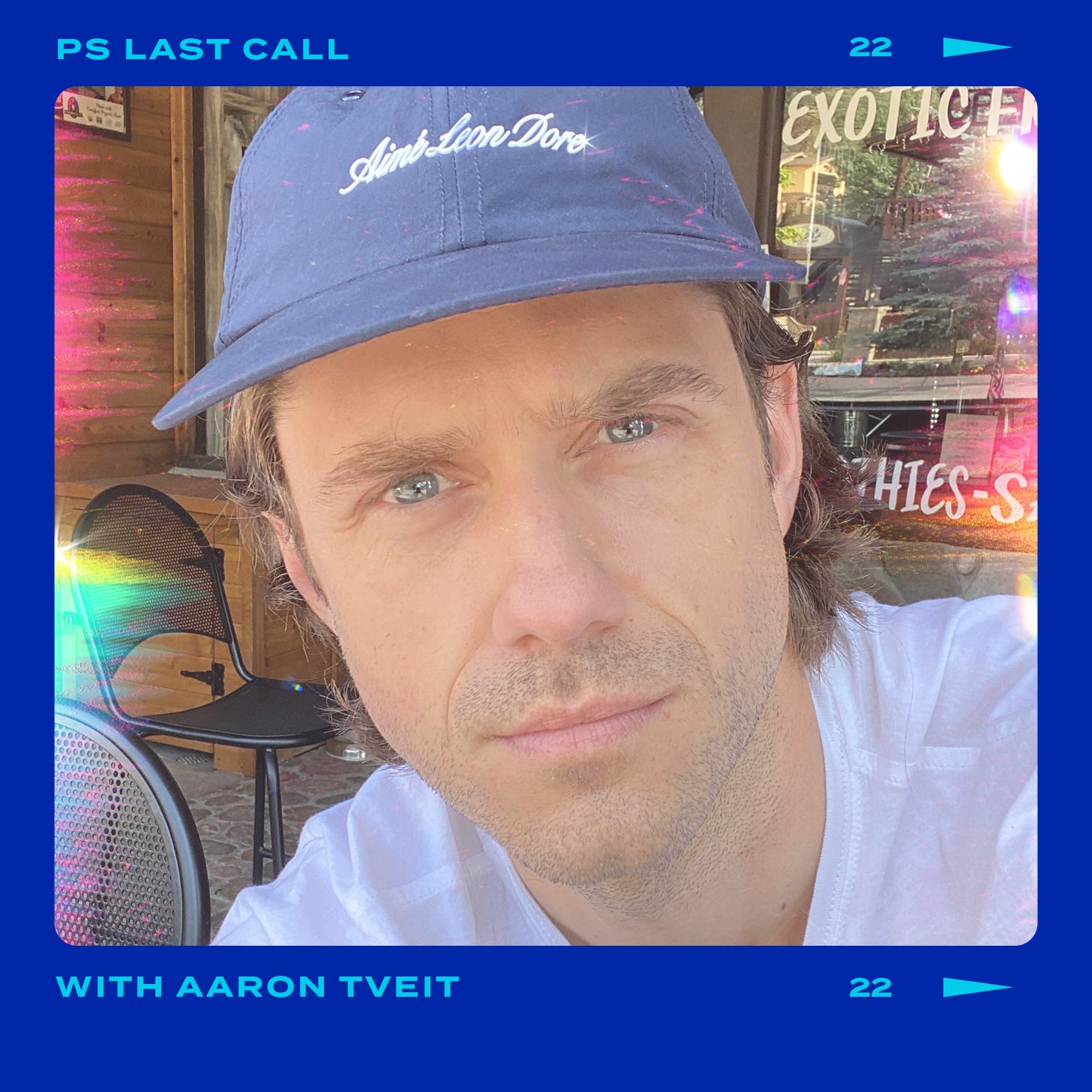 In our Q&A series Last Call, we get down to the bottom of every last thing with some of our favorite celebs — from the last time they were starstruck to the last song they listened to. This week, Aaron Tveit take our call.

Aaron Tveit has starred in many of our favorite shows, but musical theater is clearly his passion. And with Apple TV+’s Schmigadoon!, he gets to combine his love for both! The series, which premiered on July 16, follows a couple (Cecily Strong and Keegan-Michael Key) who finds themselves trapped in a town where everything is a musical. Not only does the show parody a handful of iconic musicals throughout, but even some of the characters are based off of beloved musical roles, including Aaron’s Danny Bailey who takes inspiration from the main character from 1956’s Carousel. “I really get to live out my Billy Bigelow dreams in this,” he said, noting that the nod to Billy’s soliloquy was one of his favorite Easter eggs throughout.

Following the Broadway shutdown last year — including Moulin Rouge! which stars Aaron as Christian — the actor said “it was tremendously special” getting to bring a little bit of Broadway to the screen with Schmigadoon!. “This project would have been a great project in the best of times, but the fact that we all got to come together and do something that everyone involved loves so much [during the Broadway shutdown] put it even an even greater perspective,” he said. As Broadway does prepare to reopen in September, Aaron hopes the Apple TV+ series provides some much-needed joy for people. “The fact that this is coming out now when finally there’s hope on the horizon for so many things, but also particularly for Broadway and theater industry that’s been really just gone, somehow the timing is just so wonderful.” Read the rest of Aaron’s Last Call interview ahead.