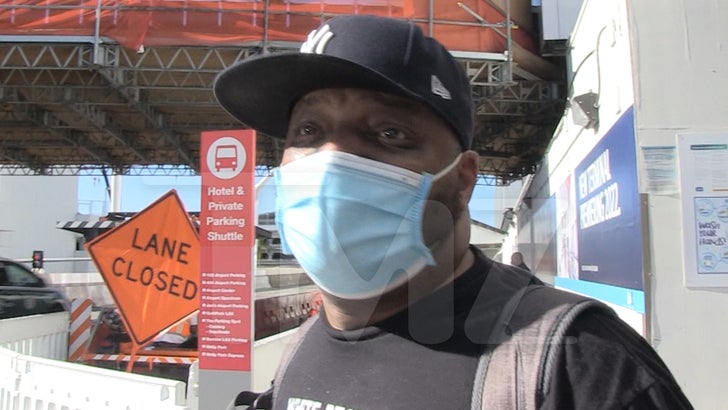 Patton Oswalt has nothing to apologize for when it comes to cozying up to Dave Chappelle, ’cause it’s a comedian thing … and that’s it, according to fellow comic Aries Spears.

We got the comedian/actor Monday at LAX where we asked what he made of Pat posting a follow-up apology for his NYE photo with DC … directly addressing those who were clearly offended, especially the LGBTQ community.

Aries says it’s a shame we live in a time where Patton felt the need to say sorry for hanging with a friend … especially one as accomplished as Dave.

Check out the analogy AS drops on us — he compares the 2 comics to masters of their crafts, who just wanted to have a bit of sparring fun … and if Dave asks you to join him to perform with him or just hang with him for a night, you do it.

Aries’ view is … any comedian would, or should.

Of course, it’s quite possible Pat did, in fact, feel bad about taking/posting the photo after the fact … and wasn’t just capitulating because he had to, as Aries suggests here. After all, he did say himself … he doesn’t agree with Dave’s stance on trans issues — so you kinda gotta take the man at his word. 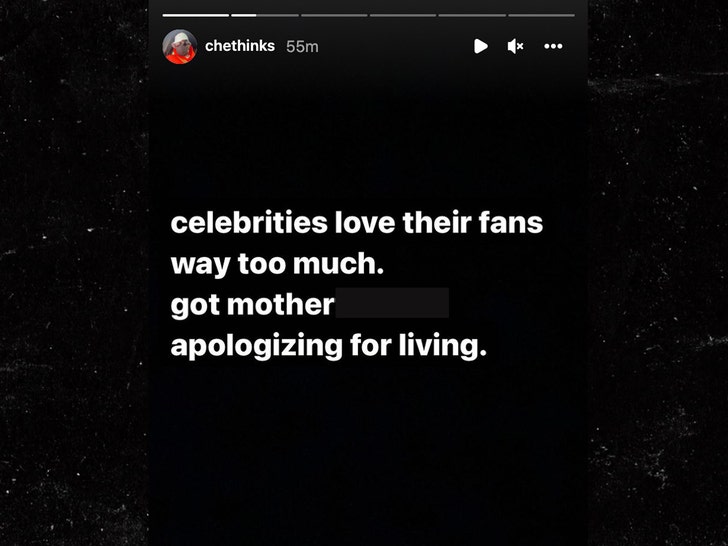 ‘SNL’ star Michael Che‘s also weighing in on Dave and Patton, and is definitely in Aries’ camp — as he put it, “celebrities love their fans way too much.” He added some keywords for emphasis.

In any case, it’s clear Dave being a polarizing figure is going continuing into the new year … so more apologies/explanations from others might be forthcoming.