As one of the youngest members of the Kardashian/Jenner brood, Kendall has forged a career for herself apart from the eponymous brand created by the infamous organization. Some might say that’s not quite true, as she continues to capitalize on family fame with a sense of entitlement.

Kendall topped Forbes list as 2017’s highest-paid models with earnings of $22M. She outranked her competitors again in 2018 with Forbes listing her modeling salary at $22.5 million.

Representing some of the biggest names in fashion and cosmetics, Jenner has definitely soared to the top of her game. It’s clear she’s stirred up some controversy among her peers in the highly-competitive modeling world. Let’s take a look at how justified the shade thrown in her direction is. 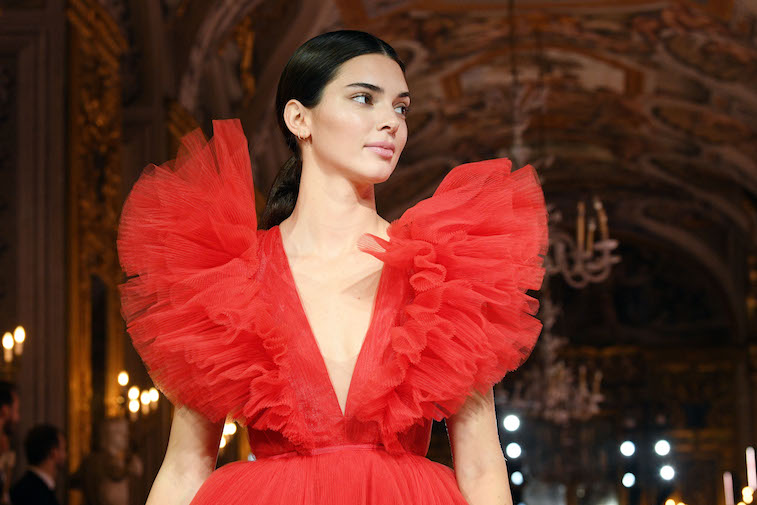 What a difference a statement can make.

Jenner faced significant backlash in the modeling community after she was quoted in her August 2018, Love magazine interview as saying, “I was never one of those girls who would do like 30 shows a season or whatever the f*** those girls do. More power to ’em. But I had a million jobs, not only catwalks but everything else.”

It’s hard to see daylight around the shade

While Ashley Graham wasn’t the only model to cast dispersions on Kendall, she was certainly one of the most vocal.

In her interview with Andy Cohen, Graham’s response to Jenner’s statement was sharply direct: “Well, lucky for her! Because I’ve never been … that’s so lucky … These t*ts and a** have just had to fight through and break down barriers every day.”

Others, like Teddy Quinlivan, made a point of the fact that many models don’t enter the field as the privileged elite.

In fact, many rise up from the most unimaginable conditions and care for the families with the earnings from the “30 shows” they do a season. The season more accurately consists of 70 shows.

Is it possible Kendall Jenner didn’t mean it quite the way it came out?

It’s no secret that Kendall Jenner had the connections that placed her in an enviable position. Ever the promoter, her mom, Kris, took Kendall’s first utterance of wanting to be a model and ran with it. Those contacts not only opened quickly doors for Jenner, but they welcomed her in like she was the long-lost answer they’d been waiting for.

Making the right connections and benefiting from the results surely is not a new phenomenon between families or business entities. Connections have controlled dynasties, royal houses, political allies, and business empires.

The only difference in Jenner’s case is her claim was delivered with the Kardashian cache, and while wildly popular with some segments of American culture, it’s not considered altogether respectable by others.

Kris Jenner seized the opportunity for her daughter to cash in on her good looks and position to give her a start in a highly-competitive career. However Jenner reached such exalted heights in her industry, it clearly takes talent, drive, and hard work to maintain that presence.

Stepping back and taking an objective look at the words Jenner spoke seems to put them in a different perspective. While they did come off as insensitive, it’s easy to view her as out of touch with reality. However, is it possible she was simply inarticulate?

In her much less quoted follow-up statement during the same interview, Jenner added, “The whole combination was very overwhelming and I started to freak out a little bit and needed to take a step back.”

It seems that, while not well-formulated, Jenner was, in fact, acknowledging how demanding the industry is on its models.

Maybe, she wasn’t so much misquoted as misinterpreted and misunderstood.

Jenner, who suffers from anxiety, continued with her Love interview by stating, “I’m gonna go crazy … on the verge of a mental breakdown.”

She concluded with a tone of gratitude amid the pressure: “I feel very, very blessed and I think that I live a very extraordinary life. I wouldn’t change it for the world but there are days where I wish I could walk outside and nothing would be like how it is right now.”