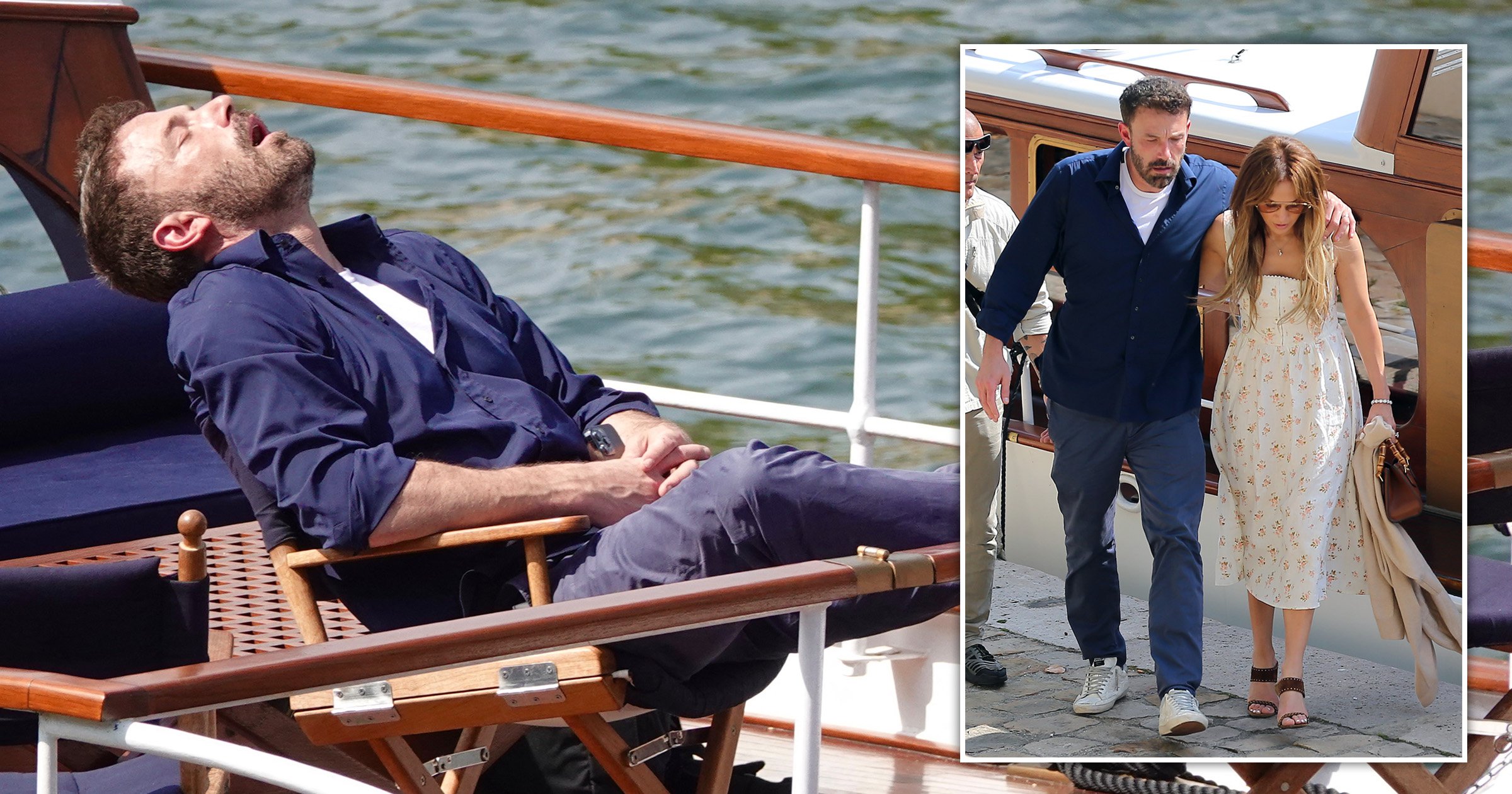 Ben Affleck is having some much-needed chill time after an eventful couple of weeks, as he enjoyed a honeymoon river cruise with his new wife, Jennifer Lopez.

The couple, who eloped to Las Vegas this month to tie the knot, enjoyed a cruise down the river Seine in Paris and looked to be having an absolute blast.

JLo, who rocked a gorgeous floral dress and shades as she enjoyed the sunny weather in the city of love, could be seen chatting to her new husband as she chilled on deck.

In another snap, Ben, who donned a casual look, made the most of the relaxation, seemingly nodding off with his feet up on a railing.

Then, when it came time for the pair to leave the boat, Ben could be seen wrapping an arm around Jennifer’s shoulders as they continued their romantic getaway.

Emme is a twin, whom the Love Don’t Cost A Thing singer shares with ex and singer-songwriter Marc Anthony, while Ben also fathers Samuel, 10.

The Gone Girl actor shares his children with actress Jennifer Garner, whom he split from in 2015 after 10 years of marriage.

The blended family was snapped leaving the Crillon hotel and enjoying Paris before stopping to enjoy a lunch outing on a boat.

They reunited in May 2021 and Bennifer 2.0 became a thing, with Jen describing their surprise nuptials in Vegas as ‘the best possible wedding we could have imagined’.

She’s also changed her name after walking down the aisle at the Little White Chapel, making the most casual announcement in an email to fans.

‘Love is a great thing, maybe the best of things-and worth waiting for’, she wrote, signing off with her new full name – Jennifer Lynn Affleck.