Andy Ruiz Jr. ain’t one to let a little thing like a boxing title change up his dining preferences — the dude digs authentic Mexican … even if it means getting it from a hole-in-the-wall joint.

The newly-minted heavyweight champ — who recently stunned the world by defeating the heavily-favored Anthony Joshua – was spotted chowing down at a low-key Mexican chain Friday with his girlfriend and the rest of his fam in El Centro, CA … almost 2 hours east of San Diego.

The restaurant of their choice … La Resaca — known for their seafood and with a nearly 5-star rating off a ton of good reviews. It’s a modest joint, but it was perfect for Ruiz and co.

You’d think after becoming the toast of the town everywhere he’s gone since the upset last weekend, he MIGHT just treat himself to something a bit more swanky in, say, L.A., maybe? Seems like that isn’t his style though — he’ll stick to chips and salsa … and live mariachis.

We gotta say … it’s been a while since we’ve come across a guy like Andy Jr. here. He certainly doesn’t fit the mold for what we’ve come to expect of a ringside champion but at the same time … it’s refreshing to see homeboy flip the script on everyone and their mom.

Speaking of moms … happy birthday to Andy’s ma, Mrs. Ruiz! We’re told they were all out there celebrating her 58th birthday. Never change, ARJ. 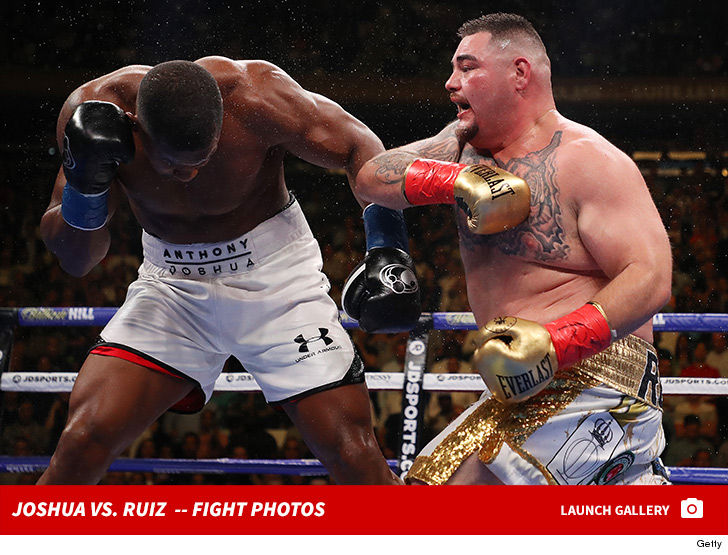