The “Free Britney” movement is continuing to make headlines. Almost every week there is a new update about Britney Spears’ conservatorship battle as the case gets further along in the court system. So, what is going on now?

In the wise words of the pop queen, “You want a Lamborghini? Sippin’ martinis? Look hot in a bikini? You better work,” and it looks like her new lawyer is doing just that. Spears’ lawyer Mathew Rosengart is doing everything in his power to help the “Toxic” singer get her life back. In June, Spears’ conservatorship case became even more of a sensation when the pop star pleaded with a Los Angeles, Calif. court, saying, “It’s my wish and my dream for all of this to end,” and, “I just want my life back,” per Insider. In a mid-July court appearance, Spears went on to say “I’m here to get rid of my dad and charge him with conservatorship abuse,” Adding, “I want him investigated … This conservatorship has allowed my dad to ruin my life,” per E! News.

So, how is her new lawyer helping the music icon following these assertions? If you’re wondering what Rosengart just told reporters outside of the courthouse, you’ve come to the right place. Keep reading to find out what Rosengart told the public following a July 19 court hearing. 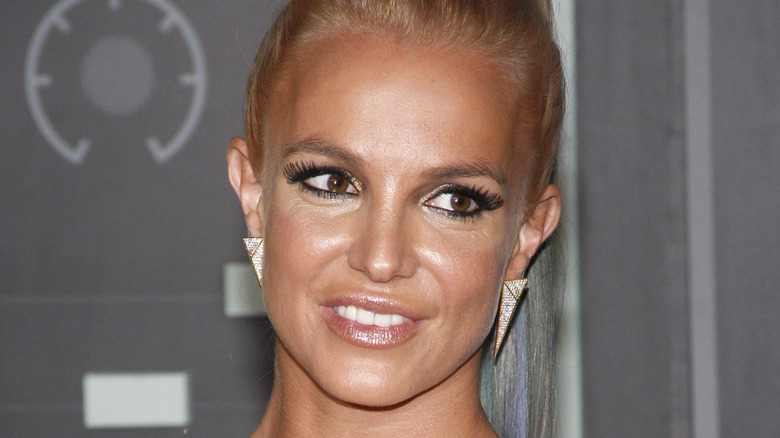 Britney Spears’ new lawyer, Mathew Rosengart, is “getting to work” when it comes to making the necessary steps to get rid of Jamie Spears as the conservator of the pop star’s estate. Following a court appearance on July 19 Rosengart told the public (via E! News), “As I said in court last week and outside, my firm and I are moving aggressively and expeditiously to file a petition to remove Jamie Spears unless he resigns first,” Adding, “I once again want to thank Britney Spears for her courage and for her strength. I want to thank Judge [Brenda] Penny for her courtesy in welcoming my firm and I into this case.”

Along with making this statement, Rosengart also thanked the pop star’s one-of-a-kind fanbase. He said, “And I also want to thank Britney Spears fans and supporters. The outreach and support for my firm, myself, and most importantly Britney has truly been overwhelming from coast to coast and literally throughout the world.” Fans then went on to ask about the singer’s eyebrow-raising recent Instagram posts, but unfortunately, Rosengart could not comment on it. He ended the statement, “I have nothing further.”

While this step is big for getting Spears away from her father’s control, there’s still a long way to go when it comes to solving this conservatorship battle.