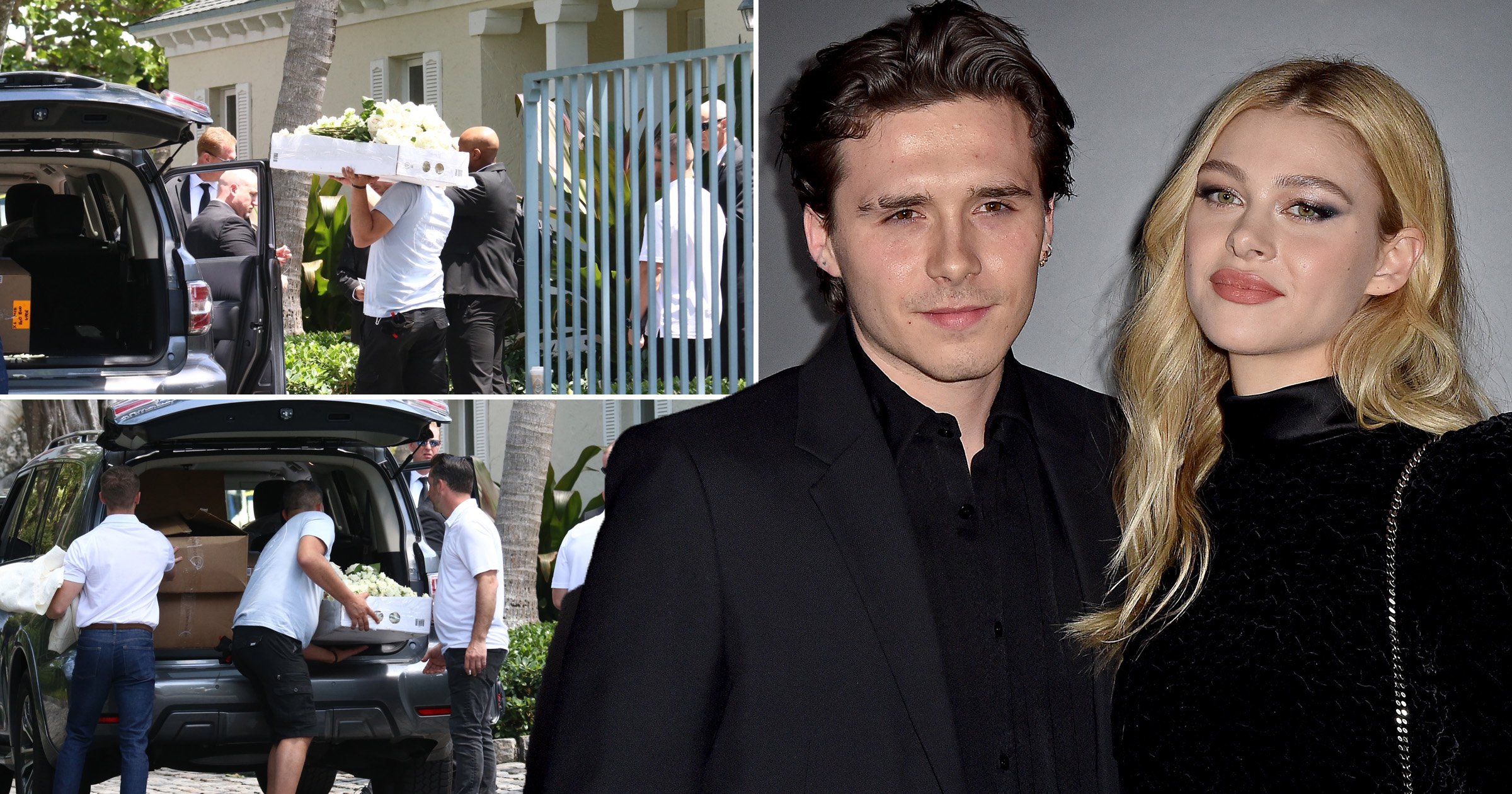 Brooklyn Beckham and Nicola Peltz’s wedding has officially kicked off, with Spice Girl Mel C and fashion designer Rachel Zoe among the first to arrive.

Guests were pictured sitting down at the Peltz estate, where the two stars are tying the knot in a ceremony thought to cost around £3million, almost 23 years after Victoria and David Beckham’s iconic wedding.

Guests also include Victoria’s best friend, Eva Longoria, who showed off her gorgeous look ahead of the ceremony.

Gordon Ramsay and his family are also attending, as are tennis legends Serena and Venus Williams.

Snoop Dogg previously said he would be DJing at the event, while Marc Anthony is also expected to perform.

Spice Girls stars Geri Horner and Emma Bunton are not in attendance, with Baby Spice sharing an apology with Brooklyn and Nicola on the big day.

She wrote: ‘These two beautiful souls are getting married today! ’m so sorry i couldn’t make it there to celebrate you both. We Love you all very much.

‘@victoriabeckham @davidbeckham try not to cry to much!! #happytears ❤️❤️.’

Security was very tight at the event, according to MailOnline. As well as hiring security guards for the big day, the couple had German Shepherd dogs on hand.

Car windows were also blacked out.

However, while Nicola, 27, kept a low profile, Brooklyn, 23, was seen early on in the day, zooming about on a golf cart with the couple’s pet dog.

Cruz, 17, also followed suit, and Harper, 10, who was a bridesmaid, was also spotted.

The pair are tying the knot under a chuppah, as is traditional for Jewish weddings, and Brooklyn is expected to take his wife’s surname as his middle name, now being known as Brooklyn Joseph Peltz Beckham.

Father of the groom David is the master of ceremonies, while Nicola’s older brother Brad is serving as the man of honour.

The bride previously confirmed that her grandmother would be her maid of honour, telling fans on Instagram: ‘My Naunni is my maid of honour’.

Posted to her Instagram story, Nicola’s snap showed her grandma sat down in a chair, smelling a pink rose.

While fashion designer Victoria designed Nicola’s engagement dress, the bride was dressed in Valentino for the big day.

Speaking to CR Fashion Handbook, the Bates Motel star discussed how she was working closely with Valentino’s Pierpaolo Piccioli to create her bridal looks and had been to Rome twice to choose all the details with her family, saying it was ‘a beautiful thing to be a part of and it’s very exciting.’

Brooklyn and Nicola confirmed their relationship in January 2020 – going ‘Instagram official’ around this date.

And after a whirlwind romance, in July 2020, the smitten couple announced that Brooklyn had popped the question.

After Brooklyn announced the pair’s engagement, he shared a gorgeous pic of the couple.

Brooklyn wrote: ‘Two weeks ago I asked my soulmate to marry me and she said yes xx I am the luckiest man in the world.

‘I promise to be the best husband and the best daddy one day. I love you baby x.’