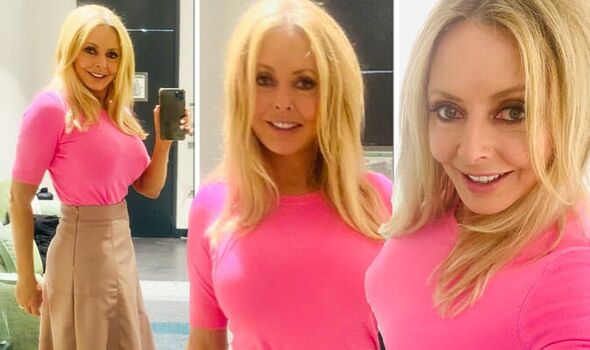 Carol Vorderman replaced Lorraine Kelly on her self-titled ITV programme this week after the veteran broadcaster tested positive for Covid.

The Countdown legend has since announced her hosting duties on the programme came to an end on Friday’s episode.

The 61-year-old took to Twitter and shared a series of photos in her dressing room wearing an eye-catching outfit which caught the attention of her 484,000 followers.

The age-defying beauty put on a busty display in a tight-fitted pink top teamed with a beige knee-length leather skirt and finished with pointed heels.

Carol wore her bright blonde tresses in tousled waves as she posed for the selfie.

She captioned the post: “And so a wonderful week of laughing and learning comes to an end….thank you to Lorraine’s @lorraine incredible team (and they are incredible) and all the lovely viewers for your kind messages. Today’s outfit from @sosandar.”

@hustlerofpool tweeted: “Going to definitely miss seeing you in the morning’s young Carol.” 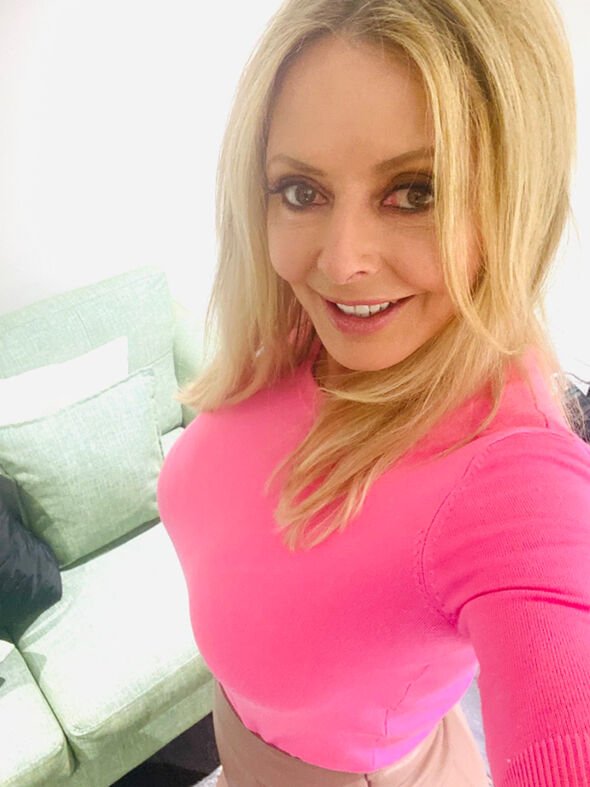 Carol Vorderman posed for a selfie behind the scenes 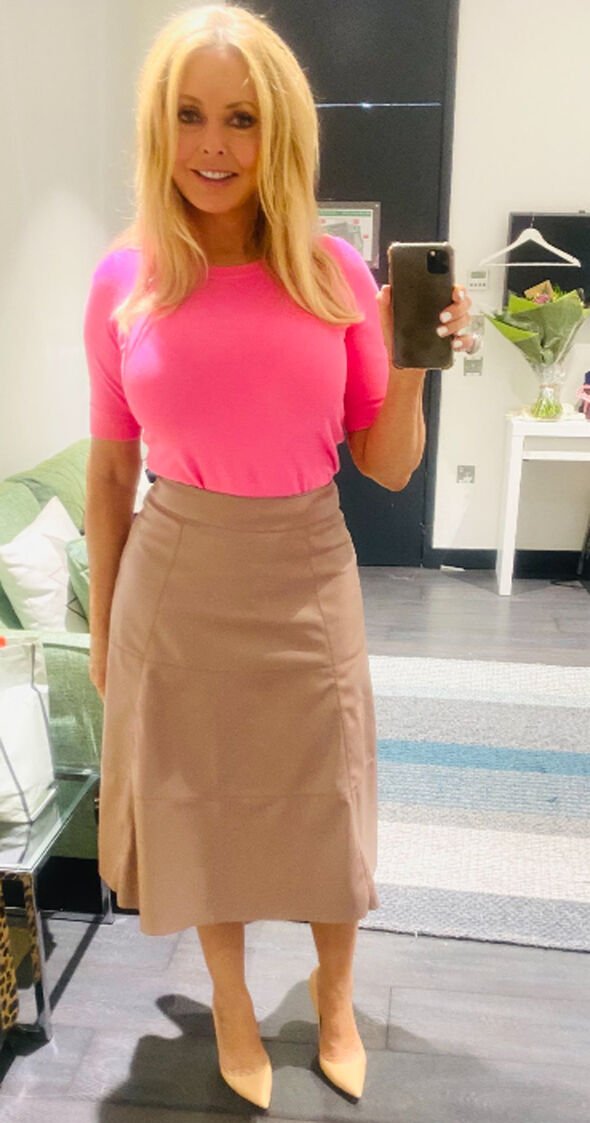 The Countdown legend has since announced her hosting duties on the programme came to an end on Friday’s episode. 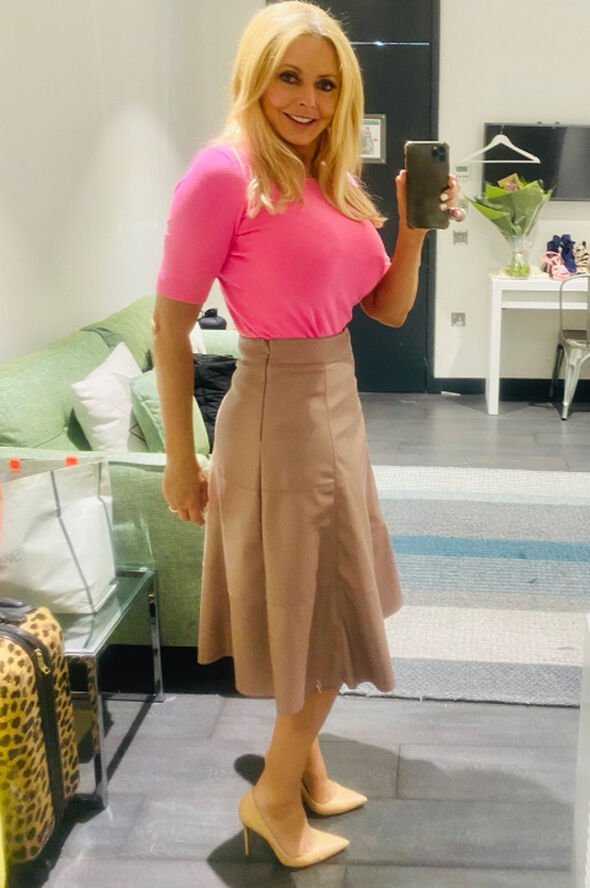 Carol Vorderman stunned in a pink sweater and skirt

Her stylish attire caught the attention of her legion of followers 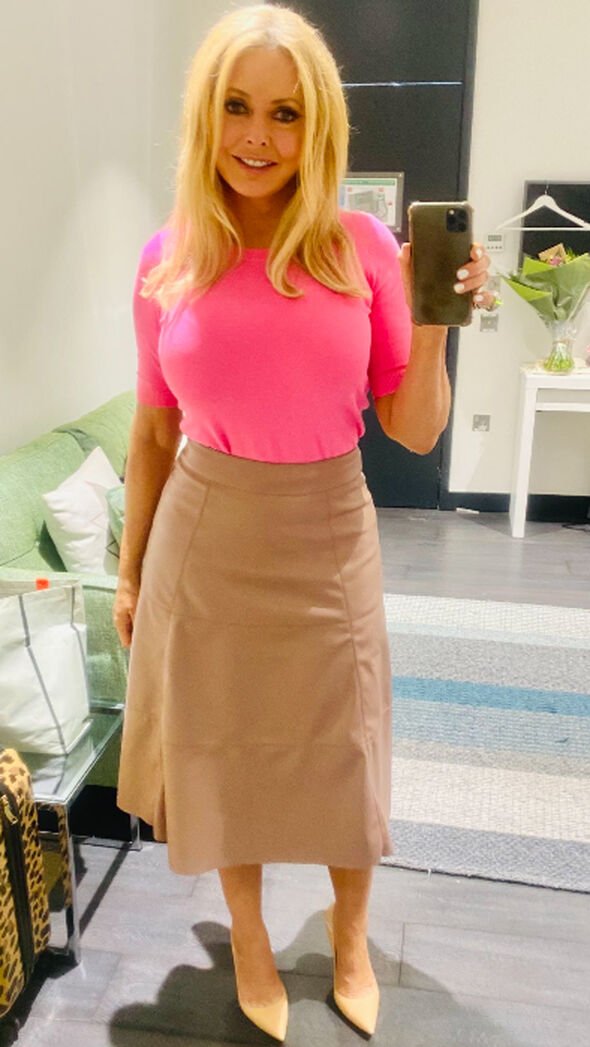 Carol wore her bright blonde tresses in tousled waves as she posed for the selfie. 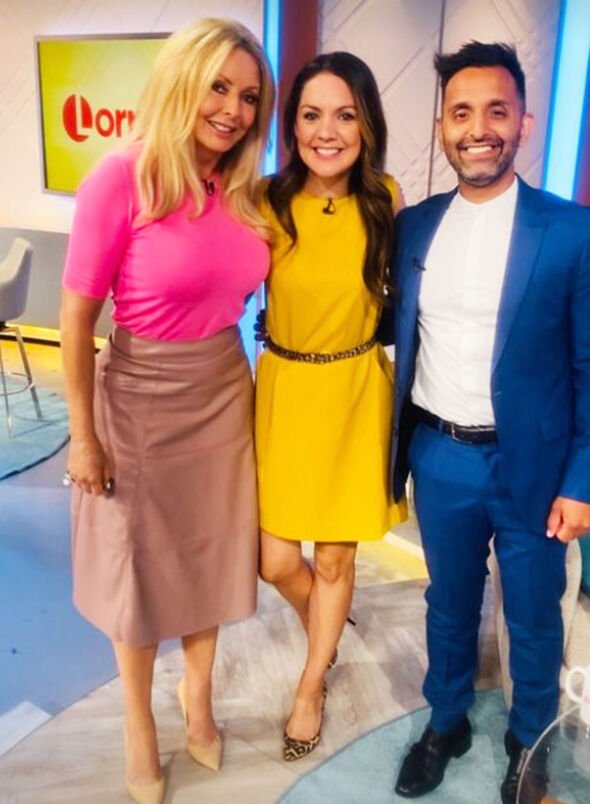 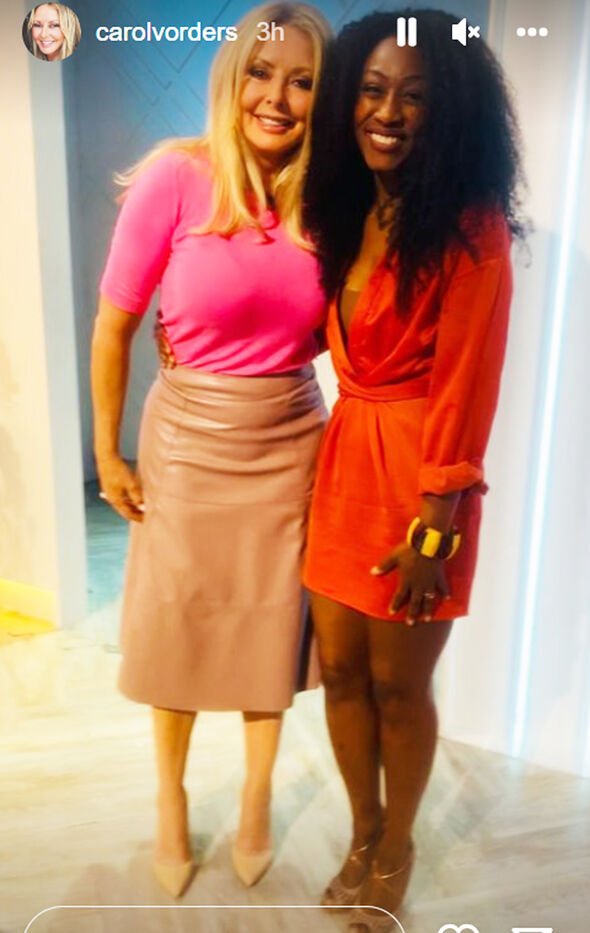 Carol also posed for a picture alongside Beverley Knight 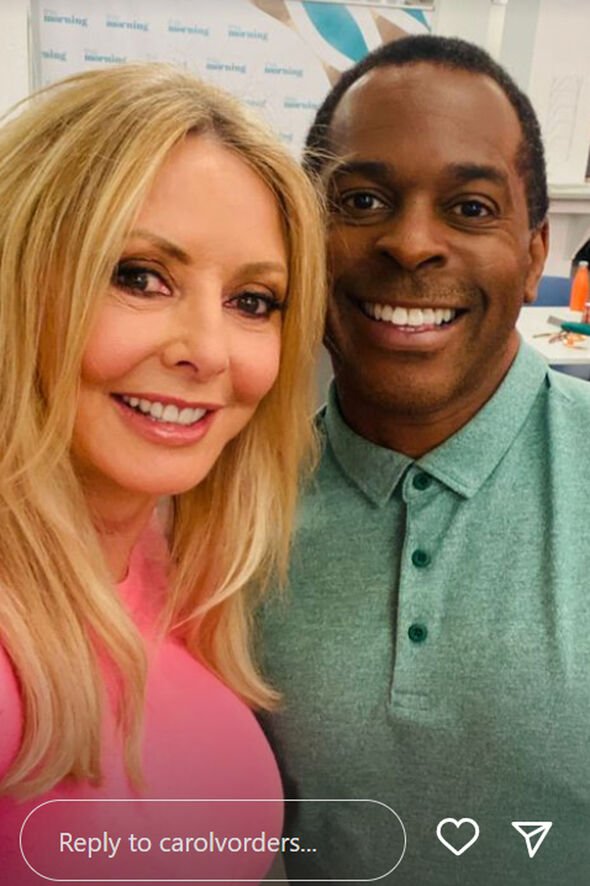