At seven months old, Chris and Lauren Lane’s son is reaching new milestones. Chris dished to HL about his latest big moment, why he’s worried about bringing the baby on tour and more!

Chris Lane is about to hit the road for a headlining tour, which kicks off on Jan. 13 in Boston, but life at home has its own excitement these days, too! Chris and his wife, Lauren Bushnell, welcomed their first child, a son named Dutton, in June 2021, and he’s been hitting some important milestones recently. “Within the last week he started murmuring words,” Chris told HollywoodLife EXCLUSIVELY. “He said mama first, which Lauren is very excited about. He hasn’t dropped ‘daddy’ yet, but we are working on it! His personality is really coming out, though. It’s fun to be around and watch. I feel like every day is something new, which is exciting.”

Chris got to experience life on the road with a newborn and wife at home a bit in 2021, but this year, he’s hoping that Lauren and Dutton will be able to join him for some of the weekends that he’s away. However, there’s one major worry that he and Lauren have about the situation. “We are just kind of now getting into a groove of him sleeping through the night,” Chris explained. “So we’re a little scare to take him out there and mess it up. But we’re going to get him out there! We’re just a little nervous that it’s going to throw him for a little loop and he’ll be off schedule.”

Now that a new year is here, Chris said he’s excited to “share some new moments” with his son every single day. “I can’t wait to watch him continue to grow this year,” he gushed. “He’ll be one years old, too, which is crazy to even think about at this point.”

Of course, getting back out and touring is something else that Chris is super excited about, especially with so many new songs in his repertoire. Even though Chris hasn’t released a full length album since 2018, he’s been cranking out new tunes for his fans, including his current single, “Fill Them Boots.” Chris told us that he’s grown to prefer this approach to releasing music these days. 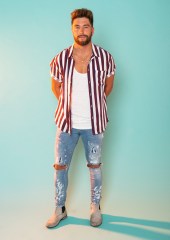 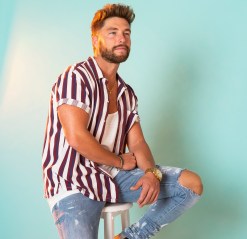 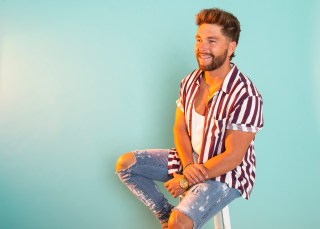 “I can get music out faster this way,” he explained. “People are able to focus more on one or two songs here and there, as opposed to 10-14 songs at one time [on an album]. If you feel like you have a great song, you really want people to pay attention to it and take it in, and sometimes that’s hard to do if you’re throwing 14 songs out at one time, or whatever it may be. I feel like we’re living in a world right now where people’s attention spans are much shorter, so I love the idea of throwing a song out there whenever we want. I’ll work my way into a record at some point, but right now, I’m just enjoying the process of putting songs out there whenever we want and whenever it feels right.”