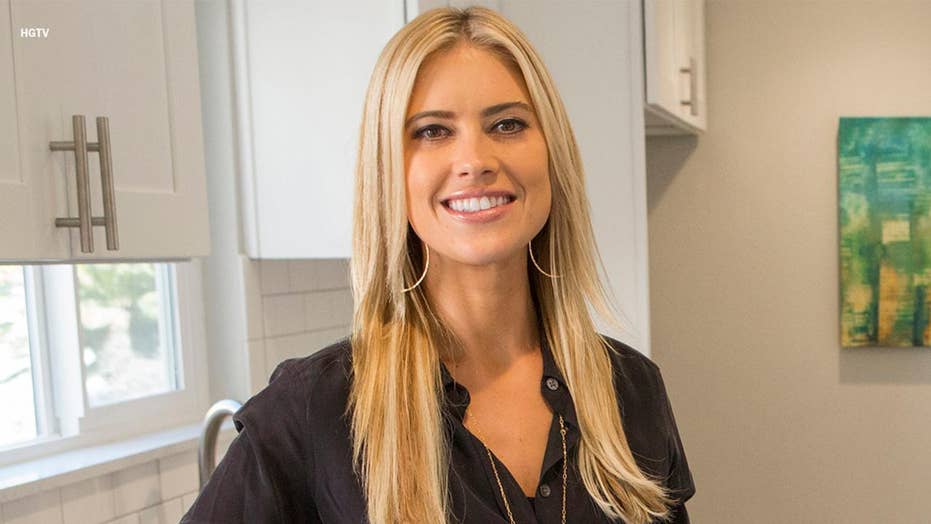 ‘Flip or Flop’ star Christina Anstead on how she found love again with her husband Ant and her new HGTV show ‘Christina on the Coast.’

LOS ANGELES – When Christina Anstead first met her husband Ant, she instantly knew he was the one.

"I was really lucky to be introduced to Ant [Anstead] at the end of 2017 by a mutual friend," she told us. "Before we met in person, we actually FaceTimed and I'm not a 'face-timer.'"

"It's is not my thing," the real estate expert and designer admitted. However, when the pair spoke, they were "on the phone for two hours."

"We just had such an instant connection like we literally felt like we'd known each other forever."

And when the pair did meet in-person for the first time, the sparks were flying.

"The second that we met it was an instant connection and we held hands on the way to dinner," Christina, 35, gushed. "We've been together ever since — and it's just a mutual respect, understanding of each other. We have great communication. We raise our kids together. It's just amazing."

One year later, the two tied the knot in an intimate "winter wonderland" wedding.

On combining their families, the "Flip or Flop" star said she lucked out as her kids with Tarek, daughter Taylor, 8 and son Brayden, 3, "get along so well" with Ant's children. The "Wheeler Dealers" host shares 12-year-old son Archie and 15-year-old daughter Amelie with ex-wife Louise.

"I think I'm pretty lucky because [with] my blended family all the kids get along so well and my two little ones really look up to his two older ones."

Not to mention the family of six will soon be seven. The couple is expecting their first child together: a baby boy. "We're so excited to be welcoming the new baby to the mix."

"I can't wait," Christina admitted. "Only a little over three months to go. It's going to be crazy, but good crazy."

When it comes to co-parenting her two little ones with her ex, Christina ultimately sold her Yorba Linda, Calif. home last year and moved to Newport Beach where she lives just "two blocks away" from Tarek, 37.

"So before that whole transferring the kids back-and-forth and doing the schools and the sports when we weren't living close together can be a little difficult," she explained. "So living closer together is just so much easier for so many reasons. You know if you forget something in a backpack I can easily drop it off. Everything is just so local.

"It's just easier for everybody. Everybody is happier."

Fans will also continue to see Tarek and Christina work together in the upcoming season of "Flip or Flop," but the TV personality is also headlining her own docu-series on HGTV titled "Christina on the Coast."

"I'm super excited," Christina shared. "So basically the premise is I'm helping a homeowner, which could be a single person or a couple, fix up their space.

"It has amazing before and after transformations and I get to work directly with homeowners. It's super fun. Super high design — and the great part about it too is that it follows a B story with what I'm doing in my own life in 2018."

As for the biggest difference between the two home renovation shows?

"In 'Flip or Flop,' we're designing for the masses so the design has to be a little more streamlined [since] we're appealing to all buyers in general," she explained. "Whereas on this show I'm designing for a specific person. So it's really tailored to their own needs and much more design-specific… I really have to keep in mind what they love.

"I really get to know them [and] their taste."

"Christina on the Coast" airs Thursdays at 9 p.m. ET on HGTV.