The Queen Mother: Romance and the Throne

Here comes the alphabetti spaghetti again. There’s a BBA in E14 — send for the ladies of the RCM, PDQ.

Call The Midwife (BBC1) went all Line Of Duty, with a scattergun of initials, as Nurse Lucille Anderson (Leonie Elliott) broke off from training students from the Royal College of Midwives (RCM) and raced away by express bicycle to a Born Before Arrival (BBA) in Poplar (postcode E14).

With tensions mounting, there was a real danger Lucille might barge into the office of head nun Sister Julienne (Jenny Agutter) and address her as ‘Guv’. Mother of God!

Luckily, a BBA is just an impatient baby that doesn’t hang around waiting to be delivered by a woman in a plum uniform. It’s got nothing to do with an OCG (organised crime gang), which in the East End of the 1960s meant the Kray Twins and their associates. 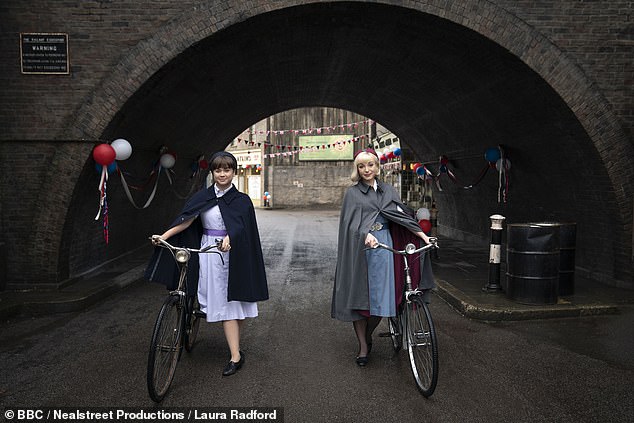 The Krays didn’t mess with the residents of Nonnatus House. They knew they’d get their ears boxed and a stiff ticking-off before an early bedtime. Miss Higgins, the doctor’s secretary (Georgie Glen), would certainly take no nonsense from the lower elements.

Faced with a roomful of noisy expectant mums, she snapped: ‘Please! You are in a respectable medical establishment — not going ten rounds with Henry Cooper.’

Our ’Enry would quail at the thought of a bloody nose from Miss Higgins. She was at her formidable best, addressing a ‘mothercraft class’ for immigrant women in fluent Punjabi.

It turns out that Miss H was born in northern India, the daughter of a man in the Indian Civil Service. ‘He continued to instil in me a sense of order that has stood me in good stead,’ she declared.

Of course, no one today would breathe a word of praise for the British Empire, but it did breed women like Miss Higgins.

That Leftie of the old school, Dr Turner (Stephen McGann), doesn’t see the Empire in any rosy light. He treated a young woman traumatised by the murder of her mother following the Partition of 1947, when India and Pakistan were sundered.

Dr Turner made a lamenting speech, blaming the British for everything and ignoring the fact that Empire rule was over by then.

Empire was very much alive when Elizabeth Angela Marguerite Bowes-Lyon was born in 1900. When I was a young sub-editor on the South Wales Echo in the 1980s, there was a rumour that the Queen Mum was actually the daughter of an unmarried Valleys girl. Her real mother, so the gleeful whisper went, was one of the servants at the country house of St Paul’s Walden Bury, Hertfordshire. The baby was given to the aristocratic Bowes-Lyon family, when their own child died at birth.

None of that got a mention in The Queen Mother: Romance And The Throne (C5), though one of the contributors, Lady Colin Campbell, did hint at something similar in her 2012 biography of Elizabeth. This was a completely respectful and affectionate portrait of the first royal to let a smile show in public. 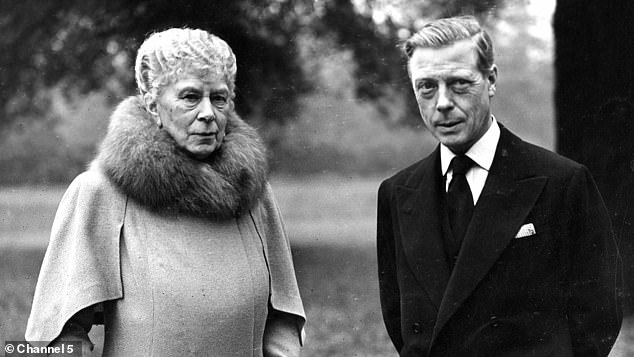 The first episode of The Queen Mother: Romance And The Throne covered her life from childhood to the Abdication of Edward VIII (right) in 1936

The first of a three-part series, it covered her life from childhood to the Abdication of Edward VIII in 1936, leaving her and her husband about to take the throne.

But it was not bland, and even suggested that Elizabeth agreed to marry King George V’s second son, Bertie, only when it became obvious that the oldest wasn’t interested in her.

Words such as ‘formidable’ and ‘ambitious’ were frequently used, along with ‘fierce’, ‘charming’, ‘witty’ and ‘a marshmallow with steel inside’. They could be talking about Miss Higgins.