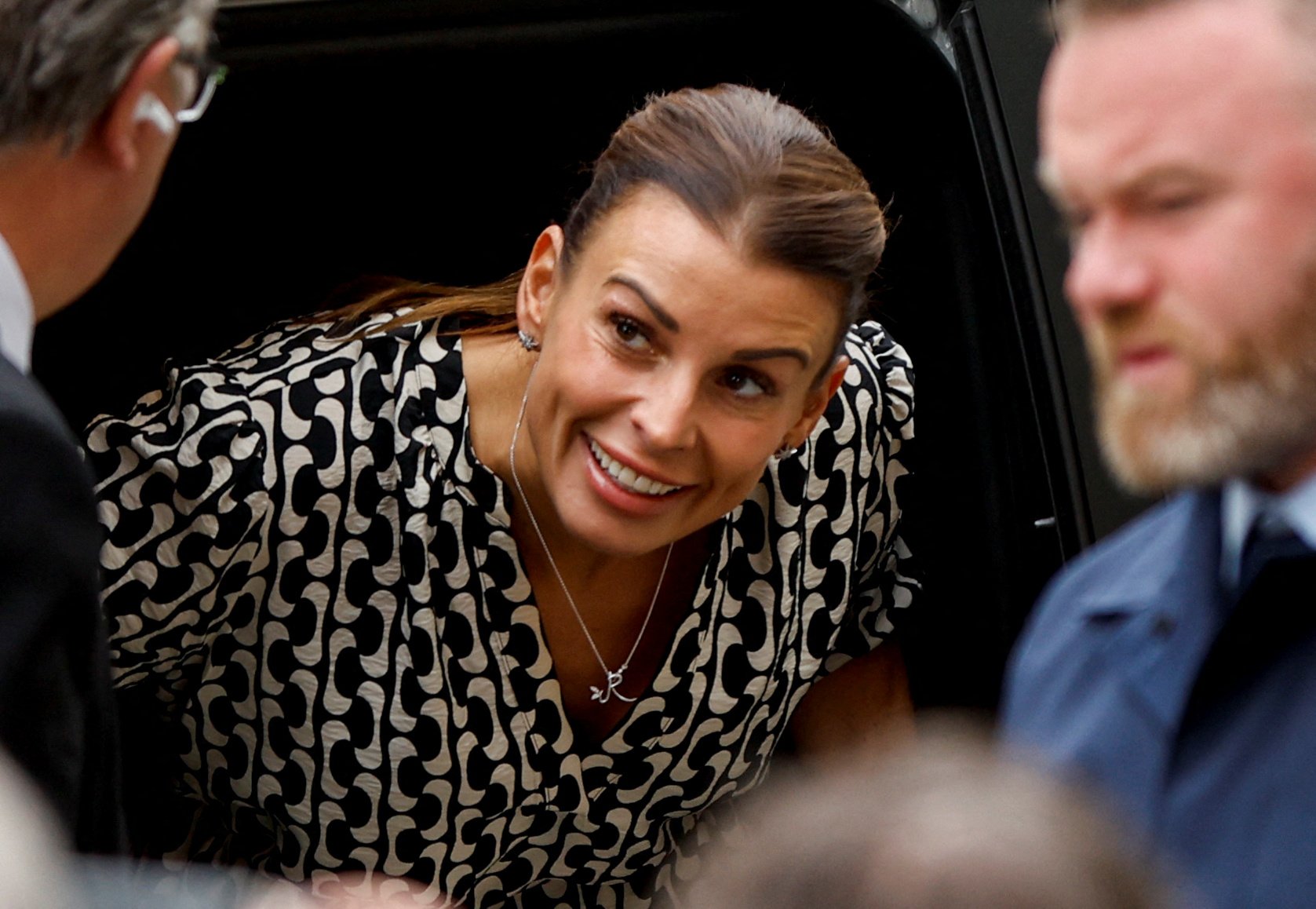 It’s the day many, many of you have been waiting for when the verdict in the Rebekah Vardy libel trial will be handed down.

Following a week of evidence at the Royal Courts of Justice in London, with both Rebekah and Coleen Rooney, Mrs Justice Steyn will hand down her verdict at midday today.

Rebekah – who is married to Leicester footballer Jamie Vardy – is suing Coleen for libel after Coleen accused her of leaking ‘false stories’ about her private life in October 2019 following a months-long ‘sting operation’ which saw Coleen famously dubbed ‘Wagatha Christie’.

Rebekah denies the allegations and has sued the fellow footballer’s wife over the ‘untrue and unjustified defamatory attack’.

Now, with just hours to go until the verdict is shared, it’s been claimed Coleen is feeling good.

Sources previously claimed the WAG was ‘confident’ she’d won, following the trial in London, however ahead of today’s verdict more sources ‘close to’ Coleen have piped up to insist she is still feeling confident.

A source close to the 36-year-old told The Sun: ‘She believes the evidence presented before the court has proved her case that Becky knew about leaks to the Press — and approved them.’

The source added: ‘She never wanted this to go to court but now that it has, she feels utterly vindicated by the whole process.

‘She says it couldn’t have gone any better.

‘If the judge disagrees then so be it — but it’s immaterial […] Coleen stands by what she said. She feels that everything that has come out in court cements her position entirely.

‘It didn’t need to go this far but now it has she is entirely satisfied that she can walk away with her head held high.’

Today’s hearing will take place remotely therefore Coleen and Rebekah are not expected to appear in court.

It was also reported that while both women had hoped to get an advanced copy of the ruling, they’ll find out who has won this morning, after Justice Steyn hands down her judgement.

Coleen was seen earlier this week running errands ahead of the verdict, while Rebekah recently holidayed in Portugal.

The explosive libel battle centred on the now infamous line Coleen used in October 2019 to reveal the account allegedly responsible for the leaks: ‘I have saved and screenshotted all the original stories which clearly show just one person has viewed them.

During the trial, screenshots of Coleen’s posts on her Instagram Stories were revealed, showing the fake stories she had planted, such as her allegedly travelling to Mexico for a ‘gender selection’ procedure, as well as planning to return to TV, and the basement flooding at the Rooney family home.

The nation was gripped by the saga – so much so, that it’s being dramatised for TV.

Vardy v Rooney: A Courtroom Drama, which is set to air on Channel 4, will create courtroom scenes against analysis from the media.

Oonagh Kearney who is directing said: ‘This trial utterly captivated the public with its daily feed of entertaining exchanges and jaw-dropping reveals.

‘But behind this, is a story of two women under constant public scrutiny, fighting for their reputations. It’s a privilege to work with Channel 4, writer Chris Atkins and the fantastic Chalkboard team to peel back the layers of this story and reveal the beating hearts within.’