Patrick Duffy and Linda Purl enjoyed a romantic getaway to Santa Barbara where they shared a sweet kiss.

Patrick Duffy, 72, and Linda Purl, 66, are happier than ever! The sweet couple were seen sharing a passionate kiss in Santa Barbara on Monday, Oct. 25, during a Santa Barbara getaway in photos obtaiend by the Daily Mail. The Dallas actor looked captivated by the stunning blonde, who starred on Happy Days, as they shared an embrace and appeared to say goodbye.

Patrick was casual in a leather bomber jacket, while Linda stayed cozy in a black jacket and teal colored hoodie. The couple are in Santa Barbara for Tenderly: The Rosemary Clooney Musical, which Linda is currently starring in for a month. After the kiss, Patrick was seen loading up Linda’s vehicle with several items, including suitcases, food and workout equipment. 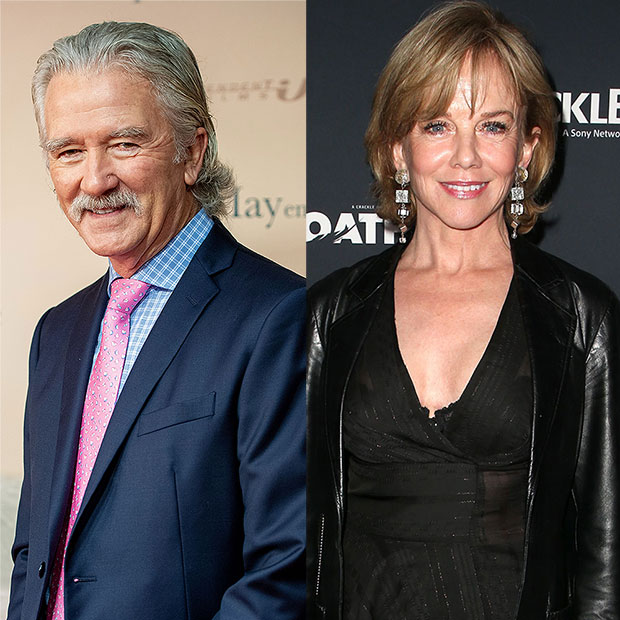 Ever the romantic, the iconic actor could be seen holding bottles of alcohol and wine, along with a stunning bouquet of flowers — presumably for Linda!

Days before, Linda and Patrick soaked up the sun as they laid down in the back of a rental car with pillows and blankets. The 72-year-old actor stayed cool in shorts and sandals, while Linda went barefoot. At one point, they appeared to take a nap before heading back inside their Santa Barbara hotel.

The unexpected dup began dating during the COVID-19 lockdown, and have regularly celebrated their love on social media — but these mark the first candid photos captured of them.

Patrick’s wife Carlyn Rosser passed away in 2017 after losing her battle with cancer. The couple were married in 1974, and share sons Padraic, 46, and Conor, 40. Although he had sworn off dating, everything changed when he met Linda. “I wasn’t looking for it. I didn’t feel I needed it … and then fate just went swoosh! and changed the perspective,” he said in Nov. 2020.

“We started texting and then FaceTiming and then Zooming … We did a two-to-three-hour Zoom every single night … You get to know somebody really well when you do that,” he explained. How romantic!

As for Linda, the actress has been married four times and is mom to son Lucius Carey, 26.