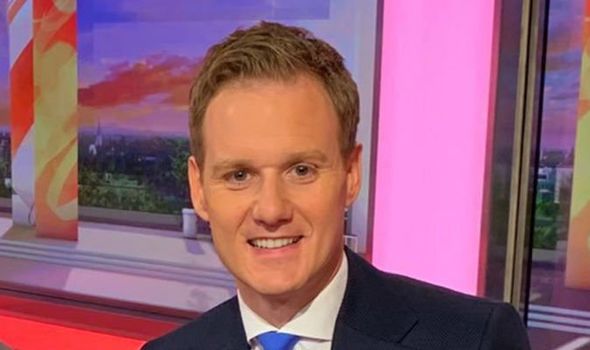 Naga Munchetty, Dan’s co-host, thanked Harry who served during Operation Overlord on June 6th 1944 and was on the programme to mark the 75th anniversary. Harry replied: “Don’t thank me and don’t say I’m a hero. I’m no hero, I was lucky, I’m here.”

The Allies suffered nearly a quarter of a million casualties as they successfully liberated Western Europe from Nazi occupation.

Harry continued: “All the heroes are dead and I’ll never forget them as long as I live.”

Describing the landing as “hell”, he explained, “You had the ships firing over your head and the Germans firing at you from inland, 88-millimetre guns they used, which would blow you off the face of the Earth.”

The invasion started with paratroopers landing at night behind enemy lines to destroy targets and capture bridges. 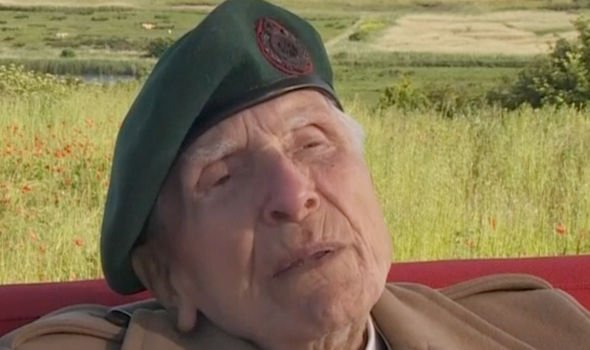 Warships then bombed the beaches while the French Resistance cut German telephone lines.

Troops such as Harry stormed the beaches in Normandy before pushing inland.

Harry would lose friends during the fighting: “A mate of mine died in my arms and he was in a field in Caen.

“He had a three-week-old baby called Nieve and they took me to the 60th anniversary” where Harry was able to find his grave and put a cross on it. 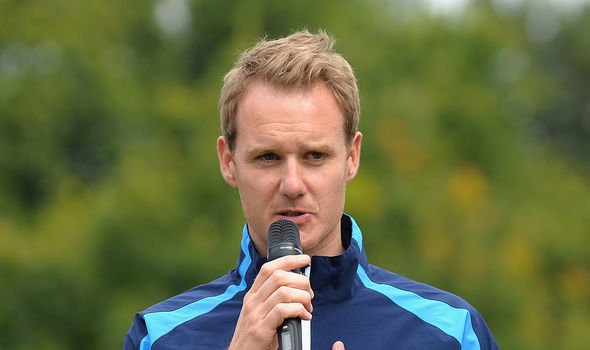 He added: “All I know is Normandy veterans love one-another beyond the love of women.

“If you were in a hole in the ground with a bloke, you got to know him! Marvellous men, my generation saved the world and I’ll never forget any of them.”

“How can we ever forget them?” 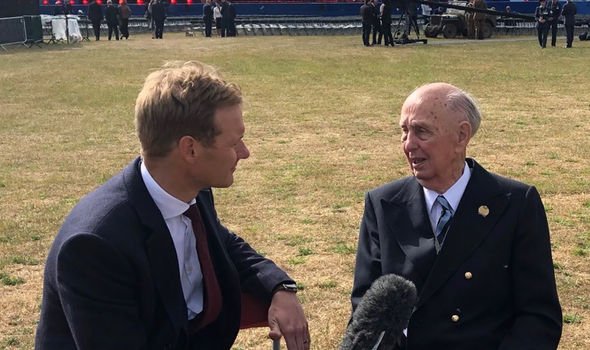 “I know we are all busy but give yourself a moment to watch this.

“This is Harry Billinge who was on BBC breakfast this morning.

“What an amazing man. What a heartbreaking story.

“How can we ever forget them? #Dday75 #LestWeForget.” 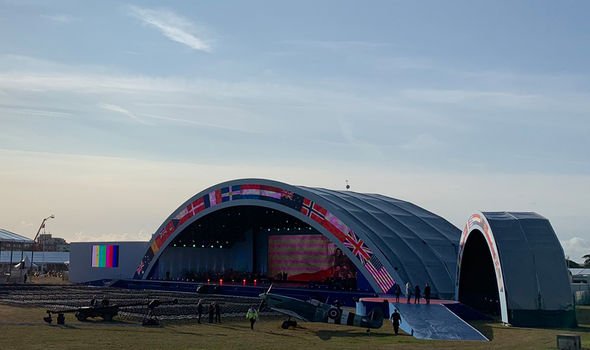 He also tweeted: “Next time I’m tempted to moan about something meaningless or complain I’ll try and remember to watch this and think about what Harry, and many others, went through for the freedoms we all too often take for granted.”

On Wednesday the former Final Score host interviewed Navy veteran Harold Smithard, who said the politicians set to attend commemorations can “keep right out of it”.

When Dan replied they were there to honour veterans such as him for their sacrifices, he laughed and asked: “A politician thinking of other people, all they think of is what’s in it for me?”

Dan told Harold: “I’m sure they’ll be many of our viewers who are probably in agreement with you on that.”

Dan would later mention him on Twitter too, retweeting a viewer and adding “Harold is a (sic) ABSOLUTE hero” and added he “loved” the “political insight”.