Elon Musk created quite the buzz with his “Saturday Night Live” hosting debut – even Dave Chappelle had thoughts to share.

The comedian spoke to Joe Rogan in a rare, wide-ranging interview uploaded Friday, in which he reflected in a three-hour-plus podcast on his own comedy career and said he didn’t understand the fuss over Musk’s hosting gig, which has garnered backlash among fans even as some cast members said they were “excited.”

“Like you said, no one can be woke enough,” Chappelle told Rogan of those criticizing the decision to invite Musk to the show.

“I’m torn, because I like a warrior for a good cause, but I’m really into tactics. You’re not going to nag people into behaving. … In fact, if you continue with this tone, even if you’re right, you’ll be very hard to hear.”

Chappelle said his own experiences with Musk had proved the Tesla CEO to be “incredibly kind.”

“I teased him about being the richest man on earth, and he took it with good humor,” the comedian said. “What’s funny, I had hung out with him years ago. … We hung out on a tour bus, and he says to me that night … ‘I met you before.’ I’m like, ‘Well, I have no recollection.’ He looked kind of hurt.”

Chappelle also divulged why he famously decided to walk away from his $50 million paycheck at the peak of his “Chappelle Show” success in 2005, after which he headed to South Africa and spent the next 12 years outside of television, recalling how others “couldn’t understand” his decision. 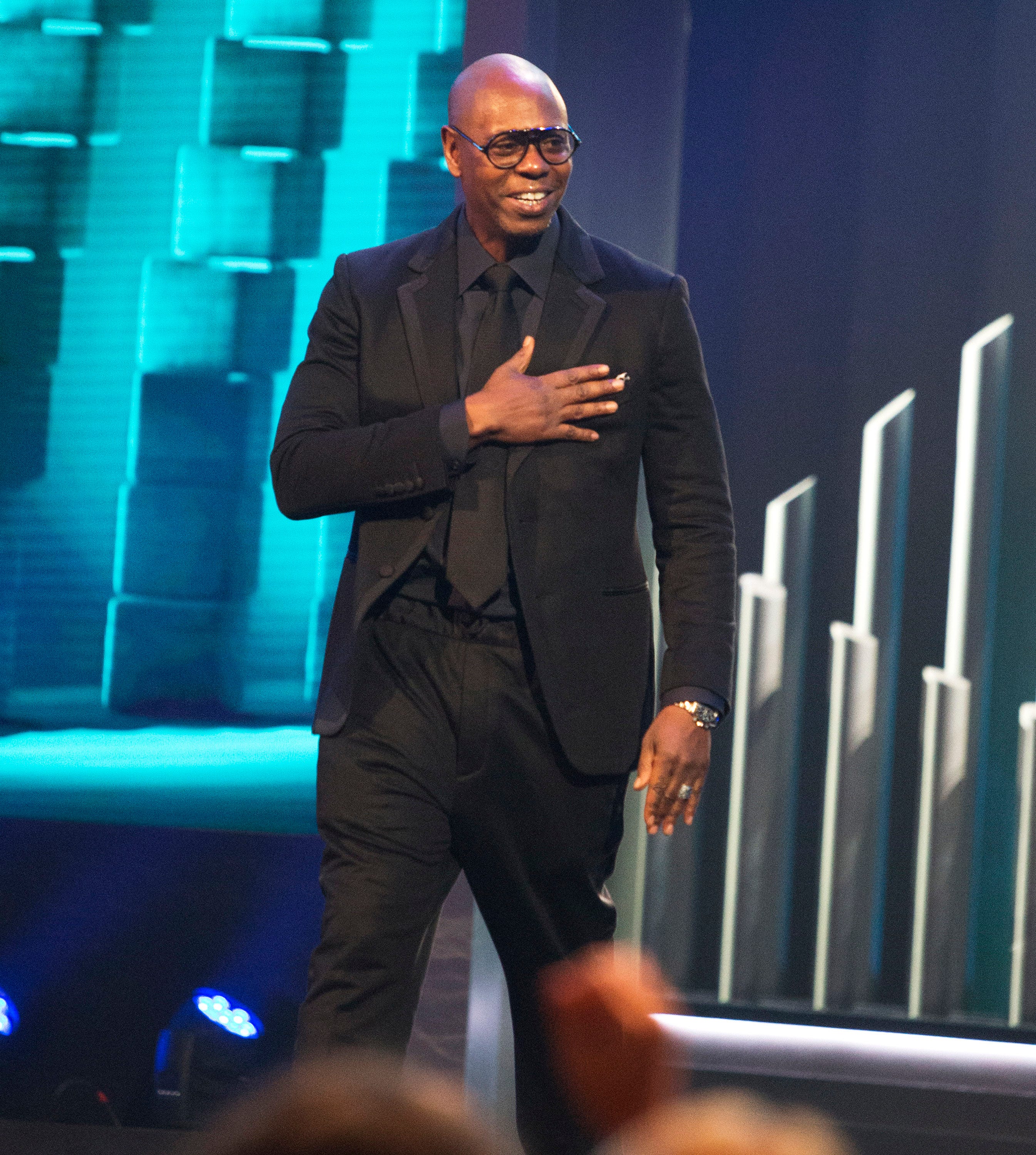 Dave Chappelle is honored with the Mark Twain Prize for American Humor at the Kennedy Center for the Performing Arts on Oct. 27, 2019, in Washington. (Photo: Owen Sweeney, Invision/AP)

” ‘It was so much money. How could you do that?’ ” he recalled people saying. “Blah, blah, blah. If I had taken that money and finished the show, I would’ve gotten the money, but might’ve never been the same. … The way people close to you react to it, like I … failed or ruined my life. And, you know, when you’re cold, that phone don’t ring that often, and I had over a decade of sitting in that choice but I didn’t languish in that experience. I started doing stand-up for much better reasons than making it.”

Following his return to the spotlight, Chappelle released a 2019 Netflix special, “Sticks & Stones,” that received some backlash for jokes deemed transphobic. In it, the comedian bemoaned how society was becoming increasingly politically correct and sarcastically discussed how difficult it must be for transgender people.

“They’re so confusing,” Chappelle said in the special. “I think they need to take some responsibility for my jokes because I didn’t come up with this idea on my own. This idea that a person can be born in the wrong body – they have to admit, that’s a (expletive) hilarious predicament.

“What if I was Chinese but born in this (expletive) body – that’s not funny?” he continued, squinting his eyes. “And the rest of my life, I had to go around making that face: ‘Hey, everybody, I’m Chinese!’ And then everybody get mad: ‘Stop making that face, that’s offensive.’ ‘What? This is how I feel inside.’ “

Speaking to Rogan, Chappelle said he “still (doesn’t) think those jokes are transphobic.”

“I’m not going to have that discussion but if I ever have to, boy, I’m ready,” he added.

Some of Eddie Murphy’s older material has also faced backlash recently. In 2019, Murphy reflected on some of his past controversial jokes, dubbing them “cringey” but adding he ultimately has no regrets. Chappelle noted he believes a “good comedian is an indicator of the time” and doesn’t think anything Murphy said was “embarrassing.”

“I don’t get mad at a photograph because it wasn’t taken today,” Chappelle said. “In other words, whatever was going on in ’87, when he laid that set down, it was working. … Sometimes I’m startled: ‘You could never do that now’ … I’m a comedian. I don’t smell any malice, I don’t think he was trying to hurt anybody.”