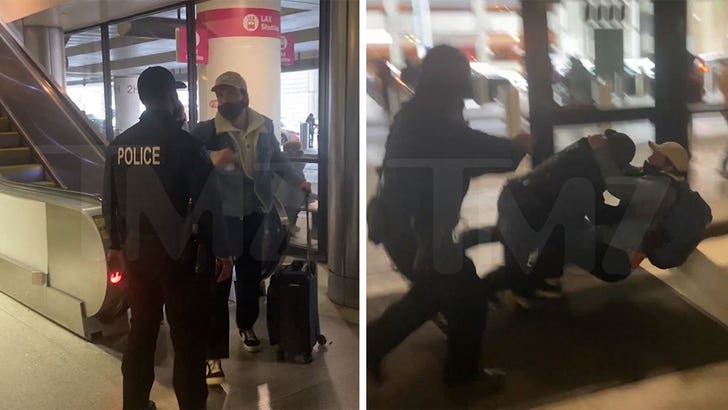 A man went off the rails at LAX Thursday afternoon, attacking a cop and then getting tackled to the ground and arrested … in a wild scene that underscores the nightmare we call holiday travel.

Law enforcement sources tell TMZ, the man was denied boarding a Delta fight to New York because he was allegedly intoxicated.  Police were called and they tried escorting him out of the terminal, but when they all got to the bottom of the escalator, he attacked an officer. That’s when cops taken him down. 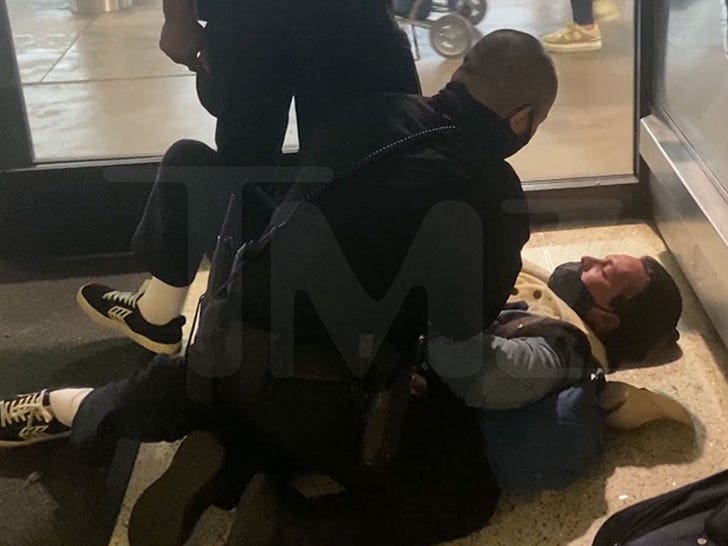 The man struggles with LAX police officers for several minutes as they try subduing him.  You hear him say, “I’m not going to comply until you tell me why.”  He goes on … “It’s people like you.  You ruined my f***ing night, dude.” And that’s wasn’t the end … “Now I have to travel a whole other day.”

He was arrested for battery on a police officer.

Our law enforcement sources say cops would have simply let him leave had he not attacked an officer.