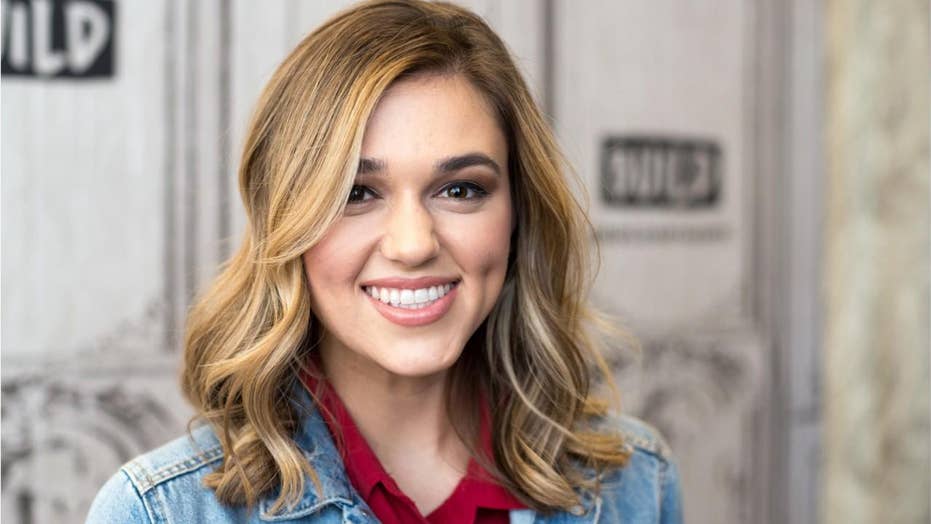 For Huff's part, the 21-year-old on Tuesday posted a black-and-white image of the newlyweds smiling as they proudly hold each other's hands, raising their arms in the air.

"My bride," he sweetly captioned the snap.

Meanwhile, Robertson, 22, shared a photo of the pair gazing into each other's eyes with her arms wrapped around Huff.

The image also gave fans a closer look at Robertson's gorgeous wedding dress — a strapless gown featuring a large bow on the back. To complete her wedding look, Robertson accessorized with long white gloves and dangling earrings; her hair was pulled back into a low bun.

SADIE ROBERTSON LEARNED TO OVERCOME FEAR BY FINDING TRUST IN GOD: MY BELIEF IS 'UNSHAKABLE'

"Forever, me and you♥️" she captioned the picture.

“When somebody makes you better and they’re your best friend in the world, you don’t want to spend a day without them. So we’re excited to not have to spend the day without each other,” she continued. “I love his adventurous spirit in life, how much my family loves him, so we’re excited to be able to officially call him family.”

According to People, the pair was married in front of roughly 600 guests in an intimate outdoor ceremony that was attended by her Season 19 “Dancing with the Stars” castmate, Alfonso Ribeiro, as well as “Fuller House” star Candace Cameron Bure.

Huff and Robertson reportedly shared both traditional and personal vows before joining their friends and family for a reception held under a large tent.

The reality star and former “Dancing with the Stars” contestant got engaged to Huff in June.