After revealing that a former surgery hindered his ability to get a six-pack, Dwayne Johnson hit the gym in Los Angeles for a workout!

Dwayne Johnson showed off his muscular physique on his way to the gym in Los Angeles. The wrestler turned actor, 49, was photographed en route to his mid-week workout in the city on Wednesday, Aug. 4. Dwayne, also known as “The Rock,” wore a yellow tank top and black shorts for the outing, completing the look with aviator sunglasses, as seen in the photos HERE. 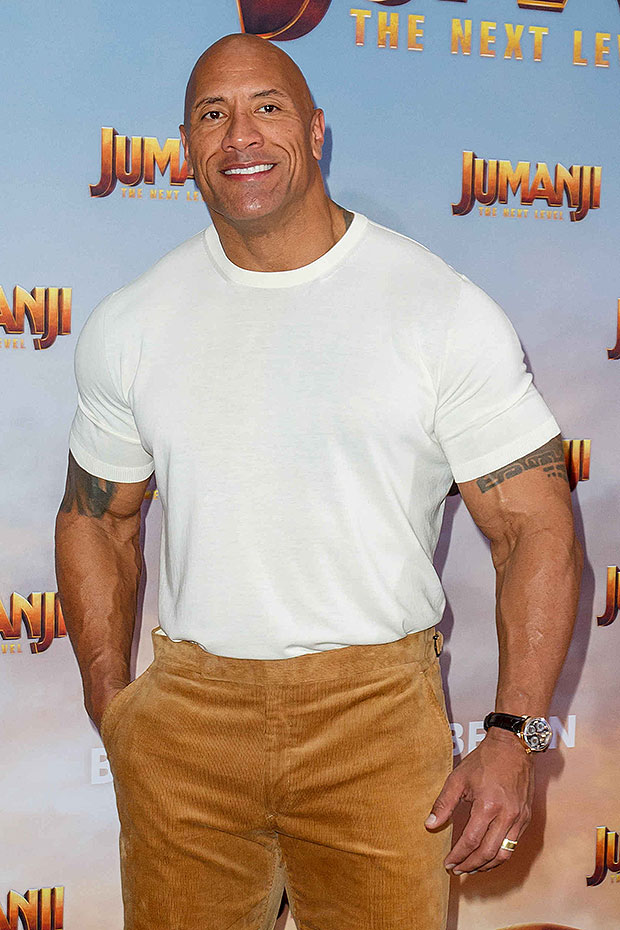 The workout outing comes after the actor appeared on a Wired segment with Jungle Cruise co-star Emily Blunt and joked about his abs. To promote the release of their adventure fantasy film, the duo answered the web’s most searched questions for the outlet’s signature segment, published on Monday.

The co-stars had a good laugh when one of the questions pertained to the former wrestler’s abs. When Emily got to a question that asked, “What’s wrong with The Rock’s abs?” (which she hilariously initially read as, “What is the deal with The Rock’s flabby tummy?”), both actors burst into laughter.

“That’s so f*cked up!” Dwayne replied, to which Emily added, “That is f*cked up! Who wrote that? What is wrong with them?” Dwayne then responded that there is “nothing wrong” with his abs, thank you very much. “Here’s the thing,” he continued. “I think because on Instagram these fitness models have these incredible six, eight, 12, [and] 24-pack stomachs.” Emily then asked, “You don’t have a six-pack?”

“No, I’ve got a five-and-a-half pack, sometimes a four-and-a-half-pack,” Dwayne responded. “The problem was — which a lot of people don’t know — in a wrestling match, I tore the top of my quad off my pelvis. It went bang in a wrestling match.” Adding that it “caused a chain reaction,” the former wrestler explained, “It tore my abdomen wall, so then I had to do a triple hernia emergency surgery.”

His abs might not be “perfect,” but Dwayne’s recent blockbuster with Emily has been doing well. The actor recently celebrated Jungle Cruise becoming the No. 1 movie while, unsurprisingly, hitting the gym. The actor shared a reaction video amidst his workout on Monday and gushed about the news. “Burnin’ the midnight oil but it’s still a JUNGLE CRUISE celebration,” he wrote, later adding, “thank you guys and ENJOY THE MOVIE.”