Lifestyle influencer and social media star Emma Chamberlain is a fan-favorite celebrity who is known for her open nature and willingness to speak out about issues related to mental health. With a hugely popular YouTube channel, a successful podcast, her own coffee company, and multiple successful collaborations, it seems as though there’s little that Chamberlain can’t do. However, as she revealed to Harper’s Bazaar in November 2020, she doesn’t usually have time in the day to prepare her own lunch—and usually resorts to ordering in.

What did Emma Chamberlain reveal about how she ‘always’ orders her lunch?

In a late 2020 interview with Harper’s Bazaar, Chamberlain opened up about a few of her favorite meals, and what her typical daily routine looks like when it comes to food. While she does have a particular way that she prepares her breakfast every day (“two fried eggs, very very cooked” the star revealed) she isn’t so structured when it comes to lunch. In fact, Chamberlain admitted that, for her, “lunch is a neglected meal.”

“I don’t think about it much. It’s always Postmate’d. I never cook lunch,” Chamberlain said. “I could not tell you one time that I’ve cooked a lunch.” Still, she has specific favorites that she likes to order – including a salad from the restaurant Zinc. Chamberlain described the salad as “kale, lentils, carrots, (a) hard-boiled egg, and this nice salty, shallot-y vinaigarette on top.” She also likes ordering from Tocaya Organica in Los Angeles, often opting for the restaurant’s vegan burrito. 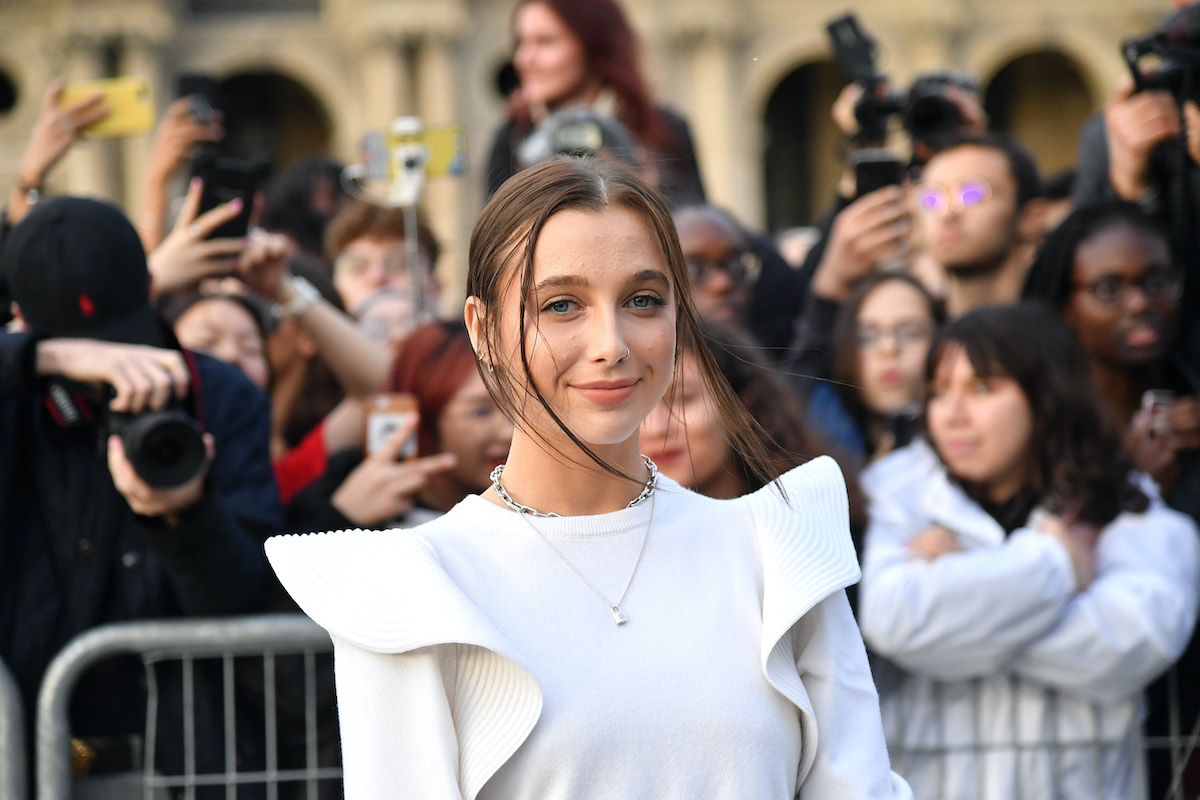 Chamberlain is a vegan, but that doesn’t mean that she deprives herself of anything that she loves. Chamberlain is an avid snacker, revealing to Harper’s Bazaar that “My favorite snack for the past year has been these flax crackers. They’re called Mary’s Gone Crackers…I eat those with spicy hummus…Another snack I make is mini, little cauliflower pizzas. I just put a little marinara sauce on it, a little pesto, a little bit of vegan mozzarella.”

The star will often reach for nut butter and plums when she’s feeling peckish. Of course, the YouTube star indulges in coffee every single day, often a latte or a cortado made from Chamberlain Coffee brand grounds, the company that she founded in 2019. As she told Refinery 29 in September 2020, “I like things that go down easy. That doesn’t necessarily mean I like it mild — I do like a very strong cup of coffee. I think that there’s a balance where it’s not too acidic but still packs a punch….I also love a nice roasted, almost smokey flavor as well. I mean, it kind of depends. I’m all over the map.”

How does Emma Chamberlain stay in shape?

Chamberlain enjoys good food, but she still works hard to stay in shape. A 2017 video uploaded to her YouTube channel gives fans some interesting insight into her exercise routine. In the video, Chamberlain breaks down her summer workout routine, which she noted she does “every day.” Chamberlain noted that she enjoys exercise and that she will “work out as much as she can fit into her schedule.”

A typical sweat session for Chamberlain starts with cardio, alternating between the stair climber, the elliptical, the treadmill, and the stationary bike. After doing about 10 minutes of high-intensity cardio, she will move onto weights, choosing either an upper-body focused workout or a lower-body focused workout. A few of Chamberlain’s favorite individual exercises include lat pulldowns, push-ups, and V-ups using a weighted medicine ball.