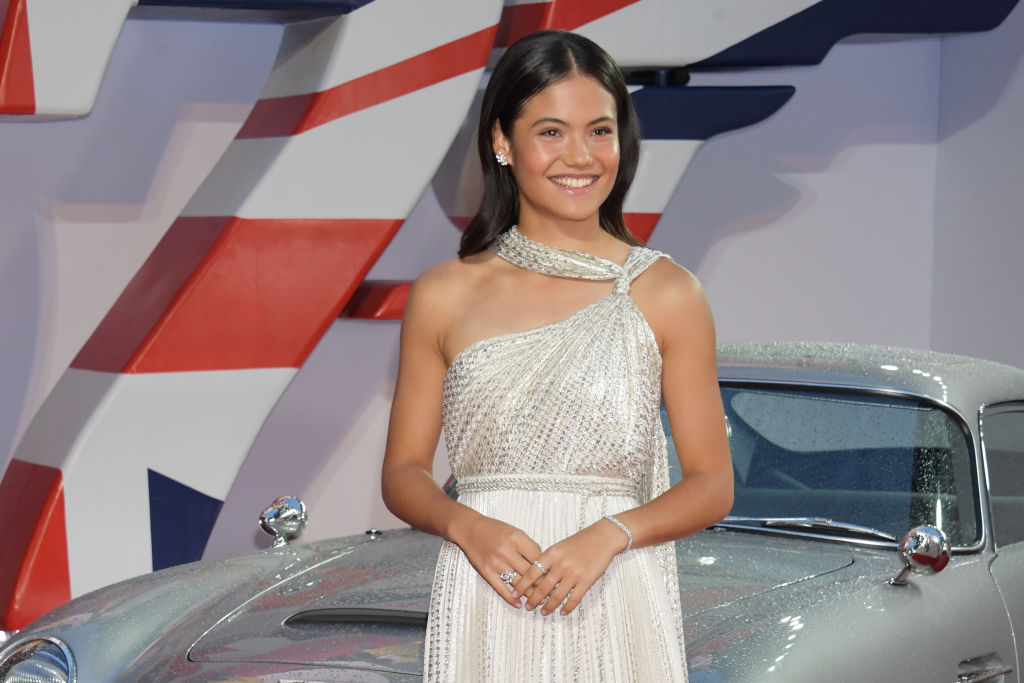 Emma Raducanu had another star-studded night after her sensational win at the US Open as she walked the red carpet at the premiere for the new James Bond movie, No Time To Die.

The tennis ace, 18, joined the likes of Daniel Craig, Dame Judi Dench, Rami Malek, Stormzy and Billie Eilish to celebrate the release of the film, which had been repeatedly delayed at the height of the Covid-19 pandemic.

Emma looked like a goddess in a white, sequinned one shoulder dress with a trail and a floor length skirt. She wore her dark hair loose and added more sparkle with her earrings, rings and bracelets.

The sports star beamed as she posed in front of a silver Aston Martin, Bond’s car as seen in the films, and waved to waiting fans who braved the rain to see the stars.

Having already partied with A-listers at the Met Gala in New York earlier this month, she’s surely used to hanging out with the rich and famous by now.

At the US Open this year she became the first qualifier ever to win a Grand Slam and the first British woman since Virginia Wade in 1977 to win major.

No Time To Die marks Daniel’s final outing as James Bond, having first played the role in Casino Royale in 2006.

He went on to star in three more films about the British spy: Quantum of Solace, Skyfall and Spectre.

Of course speculation is rife as to who will be stepping into his large, highly polished shoes in the future.

Bond producer Barbara Broccoli has revealed the search for a new James Bond not only hasn’t started, but it won’t begin until 2022.

Barbara told Radio 4’s Today show: ‘We’re not thinking about it at all.

‘We want Daniel to have his time of celebration. Next year we’ll start thinking about the future.’

Eon Production head and Barbara’s half-sibling Michael G. Wilson added: ‘He’s been such a great Bond. Those are big shoes to fill. I can’t even [think if it’s] possible.’

No Time To Die, directed by Cary Fukanaga, sees a retired Bond called back into the field by friend Felix Leiter (Jeffrey Wright) to search for a missing scientist.

After discovering the scientist has been abducted, Bond must confront a villain (Rami Malek) whose schemes could lead to the death of millions.

No Time To Die is in cinemas on September 30.