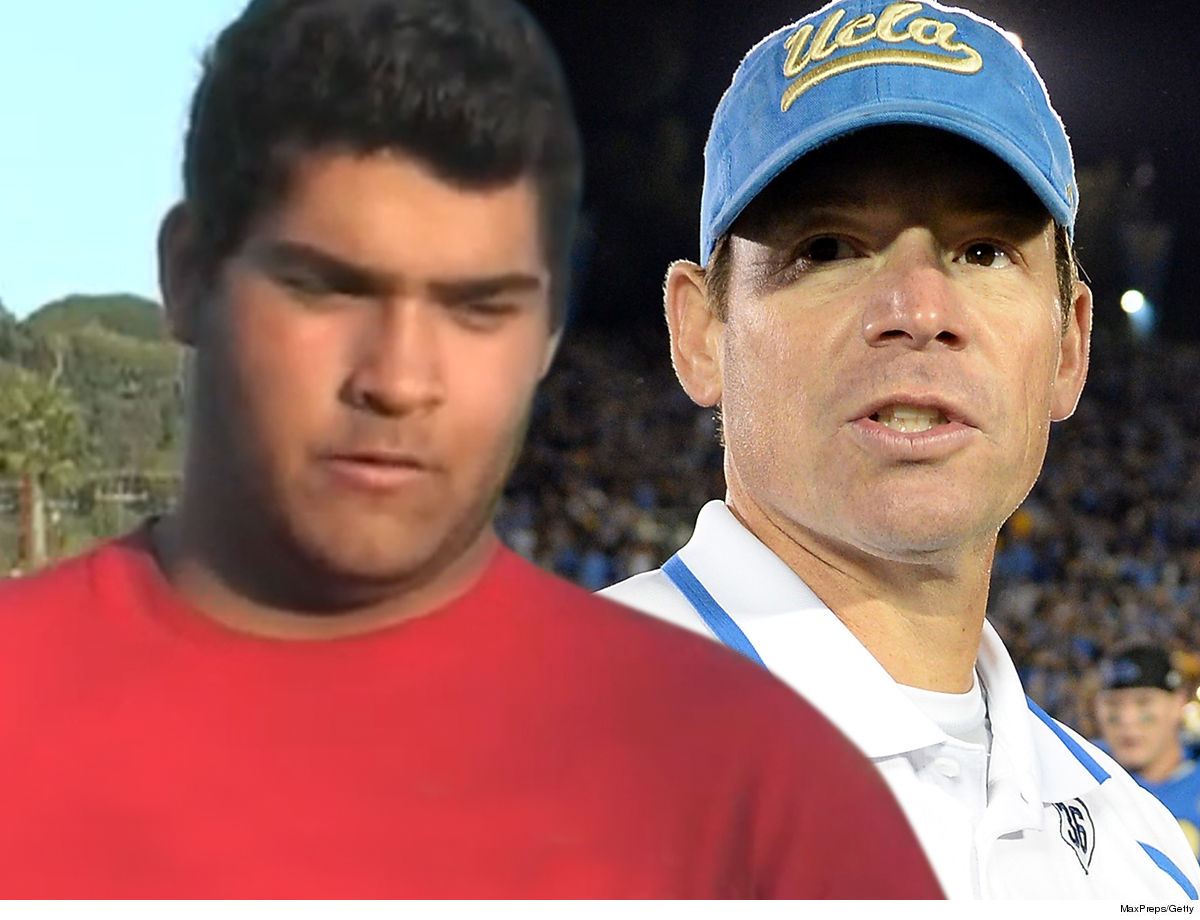 Former UCLA coach Jim Mora‘s practices were so rigorous — and his concussion protocol was so flimsy — an ex-OL tried to kill himself … so claims one of Mora’s former top recruits in a new lawsuit.

John Lopez — a 6′ 5″, 305-pound offensive lineman — says repeated concussions he suffered during Mora’s practices led to his suicide attempt back in 2016.

Lopez claims after being recruited by Mora to UCLA … he almost immediately suffered his first-ever concussion at the Bruins’ August 2013 training camp in San Bernardino.

Lopez says Mora and his staff didn’t take the proper steps to safely return him back to the field … and rushed him back into practice.

In fact, Lopez says he was ridiculed for being injured … and alleges one of Mora’s coaches even made up a special drill where other players were encouraged to “f*ck him up!”

Lopez says the following year — at the start of his sophomore season — at UCLA’s August 2014 training camp in San Bernardino … he suffered a second concussion in an on-field drill.

John claims he was rushed back to the field once again … and says the drills he was put through in his return were “unnecessarily brutal.”

Lopez says a year later — in December 2015 of his junior season — he suffered yet another head injury … and his post-concussion symptoms were so bad, he was forced to medically retire from the team.

But, John says the damage the brain injuries did were already crippling … saying he suffered from short-term memory loss, depression and “drastic changes in his demeanor.”

Lopez says it all came to a head in the fall of 2016 … when he attempted to kill himself by overdosing on a combination of over-the-counter and prescription medications.

Lopez says he was able to inform family members and friends of his suicide attempt … and they were able to save his life at the emergency center at UCLA’s medical center shortly after.

John is now suing Mora, members of his staff, UCLA and the NCAA … claiming they didn’t do enough to protect him both before he suffered concussions and afterward.

Lopez is now seeking more than $15 MILLION … saying the trauma he suffered during his time at UCLA is preventing him from finishing school and is causing him emotional pain, suffering, and distress.

We’ve reached out to UCLA for comment — so far, no word back.