Chef Vineet Bhatia said he saw Gary at his restaurant to film the star’s new series last week. He said: “I remember him telling me ‘life couldn’t be better’. He was very fit and healthy and this is such a great shock.” Gary’s death was reported on Wednesday and it was speculated that the MasterChef, Ready Steady Cook and Hell’s Kitchen star had slipped in the shower.

A statement from his family said he had returned home “in a very happy mood for a peaceful evening with his wife Jennie”.

It added: “After dinner, Gary collapsed and was rushed to hospital but passed away due to subdural haematoma.”

A subdural haematoma is usually caused by a head injury.

Actress Natasha Richardson died after a similar type of bleed in 2009 following a skiing accident. 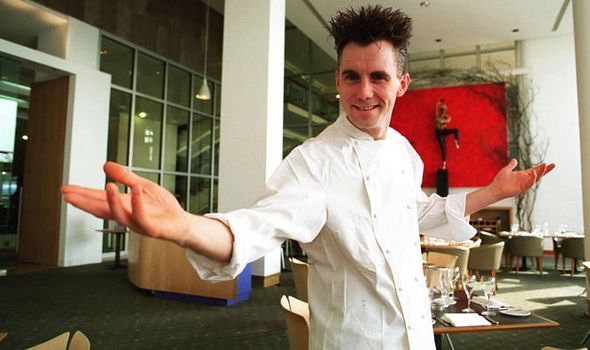 Rhodes’s brother Chris yesterday paid an emotional tribute, saying: “We all need to show more love to one another and hold our loved ones just a little tighter.”

Jamie Oliver – who initially posted that he died in a “tragic fall” before deleting the message – said: “Gary was a fantastic chef and incredible ambassador for British cooking.”

Gordon Ramsay said: “He put British cuisine on the map.”

And Ainsley Harriott said Rhodes “was the first to make cookery the new rock ‘n’ roll”.

Grosvenor House Dubai said Michelin-starred Rhodes was working “until the day he died”.

Rock Oyster Media and Goldfinch TV, working on his new series, said they were “devastated”.

A statement added: “Gary was taken ill suddenly at home.”