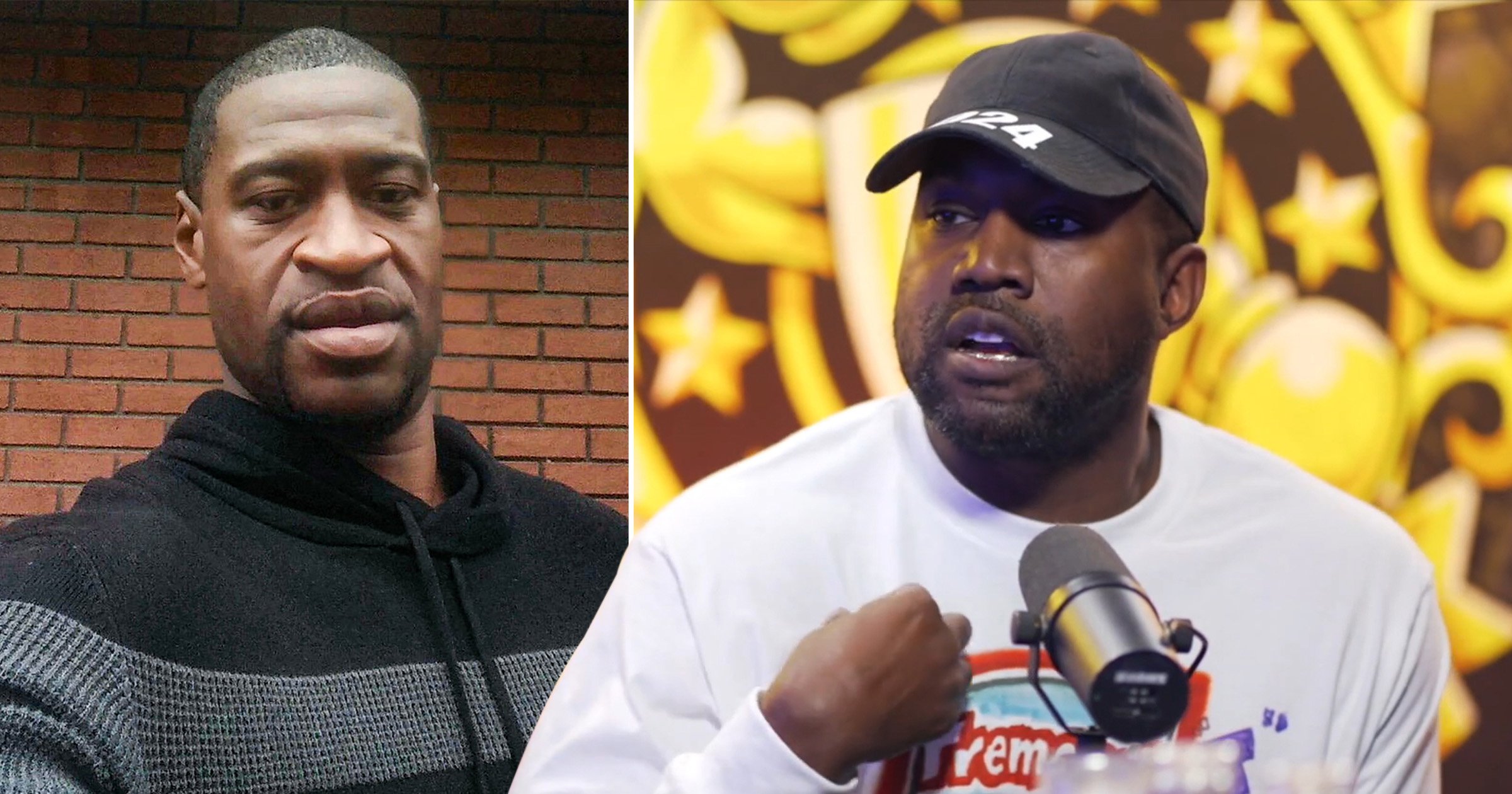 The family of George Floyd have filed a lawsuit against Kanye West and are seeking $250million (£221m) in damages, it had been claimed.

He died in 2020 after Minnesota police officer Derek Chauvin pressed his knee into his neck, despite Floyd’s pleas that he couldn’t breathe.

The incident sparked protests across the US and around the world as many demanded justice – with the officer later found guilty of second-degree unintentional murder, third-degree murder and second-degree manslaughter.

West attracted outrage recently when he appeared on an episode of the Drink Champs podcast, raising questions over Floyd’s death.

In the instalment – which has since been removed – the Praise God rapper referred to a documentary made by Candace Owens, titled: The Greatest Lie Ever Sold: George Floyd and the Rise of BLM.

He told hosts N.O.R.E. and DJ EFN: ‘They hit [Floyd] with the fentanyl. If you look, the guy’s knee wasn’t even on his neck like that.

‘They said he screamed for his mama; mama was his girlfriend. It’s in the documentary.’

According to multiple reports, Floyd’s family – including the mother of his daughter – have launched a legal bid against the dad-of-four, and issued a cease and desist letter over his comments.

In paperwork filed by Gianna Floyd’s mom, Roxie Washington, lawyers reportedly claimed that he made ‘false statements’ about Floyd to ‘promote his brands’, and used ‘malicious falsehoods’ to ‘increase marketing value and revenue for himself’.

Nuru Witherspoon, who is representing the family, said in a statement via Daily Mail: ‘The interests of the child are priority.

‘George Floyd’s daughter is being traumatized by Kanye West’s comments and he’s creating an unsafe and unhealthy environment for her.’

In a copy of the cease and desist the family issued, via TMZ, they added: ‘Mr Floyd’s cause of death is well-settled through evidence presented in courts of law during the criminal and civil trials that were the result of his untimely and horrific death.

‘Nevertheless, you have maliciously made statements that are inaccurate and unfounded, causing damage to Mr Floyd’s estate and his family.’

Drink Champs bosses have taken down the episode, with a representative telling Hollywood Reporter that it ‘contained false and hurtful information’ regarding Floyd’s death.

‘Drink Champs prides itself on its ability to allow a free flow of ideas within the hip hop community,’ they said in a statement.

‘That being said, unfortunately, the recent interview with Kanye West contained false and hurtful information regarding the circumstances surrounding the murder of George Floyd.

‘Integrity is very important and we don’t want to promote false narratives on our platform. Our goal is to celebrate the culture.

‘Therefore, we had no choice but to remove the episode from distribution. We apologize to the family of Mr. Floyd and anyone else hurt by this episode.’

Following Floyd’s death in 2020, a medical examiner determined that he died from ‘cardiopulmonary arrest’ complicated by ‘restraint and neck compression’ while being pinned down by several officers, including Chauvin.

His family also commissioned an independent autopsy, which found that his death was caused by ‘asphyxiation from sustained pressure’.

Metro.co.uk has contacted Witherspoon law group for a comment.