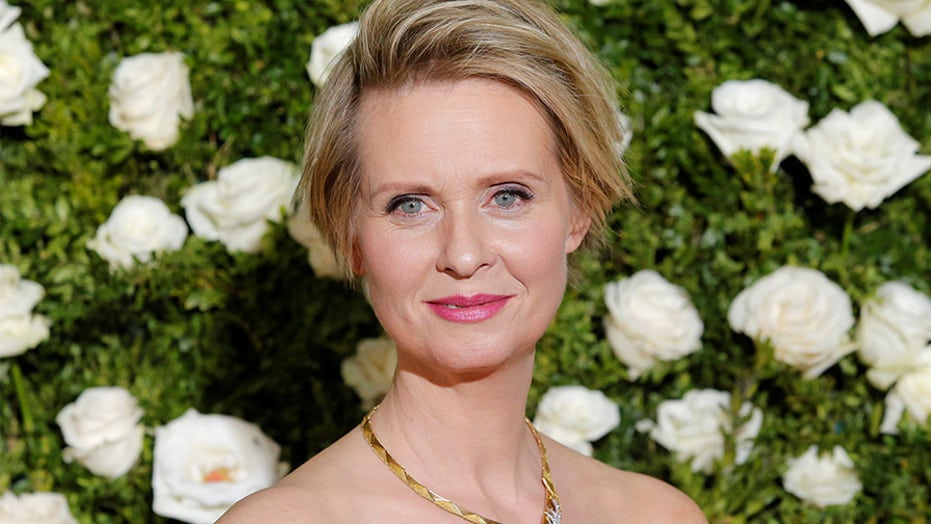 With the Golden Globes taking place virtually this year, the nominees were able to celebrate at home with their loved ones.

For Cynthia Nixon, she gathered with Manhattan district attorney candidate Tahanie Aboushi, her wife Christine, and their 10-year-old son Max.

“NOT @CynthiaNixon HAVING BERNIE SANDERS IN THE BACKGROUND IM HOWLING,” one Twitter user wrote.

Another said, “One benefit of a #GoldenGlobes zoom telecast…you can invite as many plus ones as you please.”

“CYNTHIA NIXON HAS A CARDBOARD OF BERNIE BEHIND HER I LOVE IT,” said a fan.

“The #GoldenGlobes for best performance of a Bernie Sanders cutout in an awards show goes to Cynthia Nixon,” someone else added. 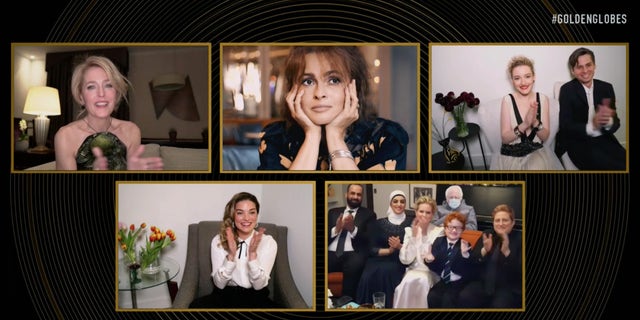 “Cynthia nixon with the bernie cardboard cut out is absolutely legendary….. but i think the subtle flex of the awards in the background, showing she’s one away from an EGOT, is even more legendary,” pointed out a fan.

Nixon wrote on Twitter, “And it was such fun watching with Tahanie, her husband Husam, my wife Christine, our son Max and of course the great Bernie Sanders. #GoldenGlobes2021.”

Nixon was nominated for best supporting actress for a TV series, miniseries, or television film for her role in “Ratched.” The award went to Gillian Anderson for “The Crown.”

Meanwhile, Sanders went viral back in January when he was clad in winter clothes, mittens, and a mask, while sitting in a socially distant crowd watching Biden’s inauguration.

After the photo went viral, Sanders joked on CBS News that, “In Vermont…we’re not so concerned about good fashion. We want to keep warm.”

The viral meme ended up helping to raise over $1.8 million (via merchandising) for charitable organizations in Sanders’ home state of Vermont.

“We’re glad we can use my internet fame to help Vermonters in need,” Sanders said in a statement at the time.