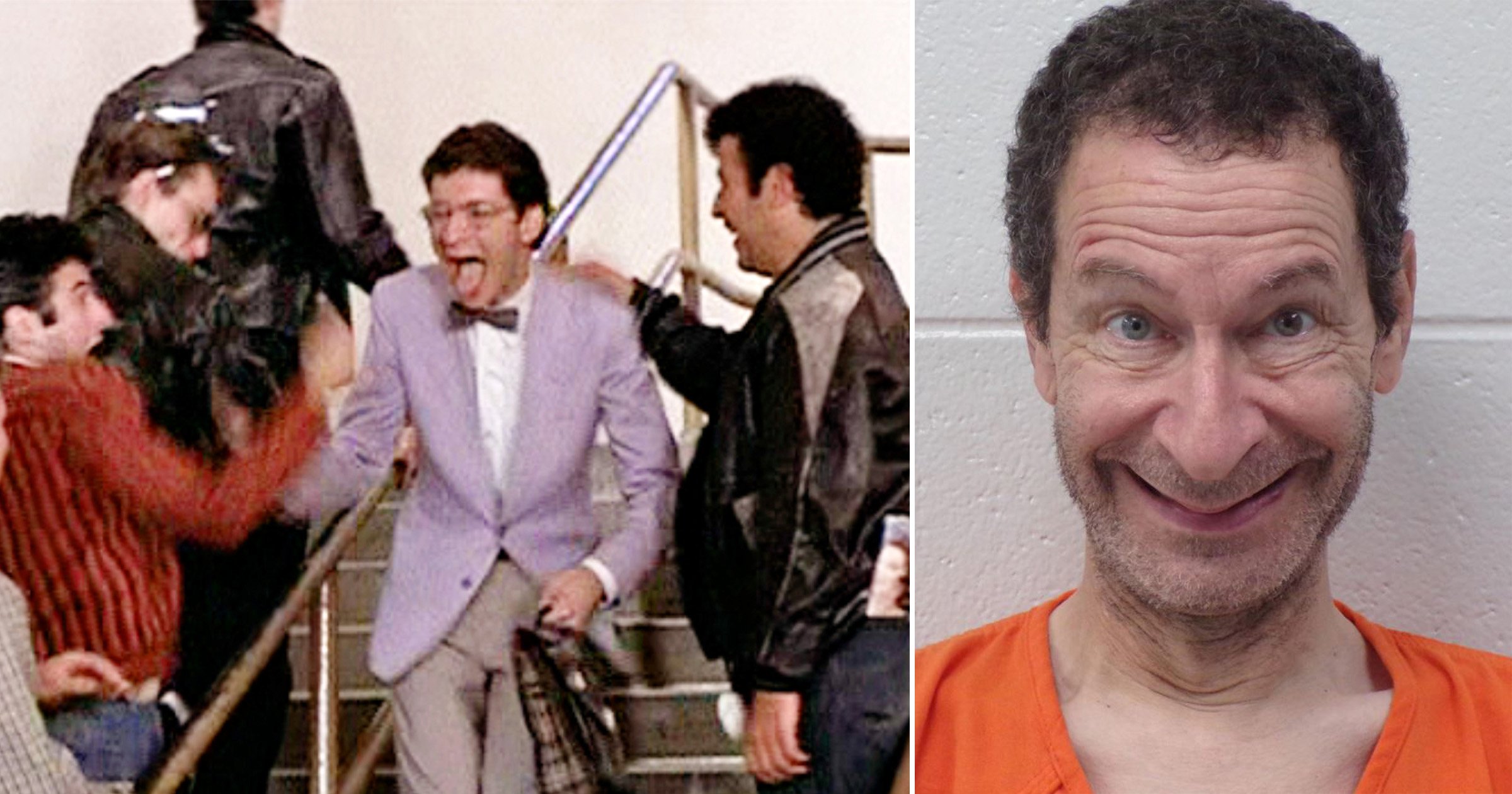 Grease star Eddie Deezen has been arrested after an incident at a restaurant in Maryland this week.

The actor, best known for playing Eugene Felsnic in the 1978 classic film, has since been charged with second-degree assault, disorderly conduct and trespassing.

According to TMZ, a shirtless Deezen was apprehended by police and allegedly ‘threw plates’ at them as they attempted to remove him from the premises.

The website reports cops were called after Deezen had ’caused a scene’ at the restaurant in LaVale, Maryland.

When they arrived, it’s alleged Deezen attempted to hide behind a woman in a booth and refused multiple orders for him to leave the restaurant.

As he was forcibly removed from the premises, it’s claimed he threw numerous items at officers, including plates, bowls and food – with one of the deputies being struck.

It comes after Deezen was accused of harassing a waitress named Kara Lashbaugh at a restaurant in Cumberland, Maryland, however it’s not understood if the incident is linked to his arrest.

According to TMZ he complained about the waitress on Facebook, branding her an ‘attention wh**e’ and allegedly commented on her fake eyelashes.

In a post on social media, it’s claimed the waitress hit back, branding him a ‘f***ing creep’ and alleged he ‘comes into my work at least once a week, calls and asks other servers for my schedule, and if he comes in and I’m not wearing makeup HE LEAVES’.

Deezen later accused Lashbaugh of spreading rumors about him and claimed that he was cyberbullied by her friends.

The actor has since deleted the alleged posts.

At the time, Deezen’s attorney, Adam Hirshfield, said the actor felt his ‘life is in danger following the cyberbullying’.

Deezen’s most famous role was as Eugene in Grease and Grease 2, as he built a career in playing bit parts as nerd characters in 1970s and 1980s in other films including Midnight Madness, I Wanna Hold Your Hand, 1941, and WarGames.

He also starred in Surf II: The End of the Trilogy, Mob Boss, Beverly Hills Vamp, and Teenage Exorcist.