Holly Willoughby, 38, and Phillip Schofield, 57, exchanged banter in the latter’s latest Instagram story where he pretended to wear a wig yesterday. This Morning presenter Phillip began his hilarious social media story by filming David, a member of the crew, bringing a silver wig into the dressing room. Phillip then said to David: “Oh God, you’re late, I thought I was going to have to go on with brown hair! That would’ve wrecked the whole image David!”

“I’m so sorry!” David chimed, as he pretended he had rushed into the dressing room to save the day.

As Phillip zoomed into the wig to show his fans, Holly could be heard saying: “I knew it!”

In a later clip, Phillip filmed himself and Holly making their way onto the famous ITV set.

He flipped the camera around to his face to admire his hair as he continued to joke about the wig. 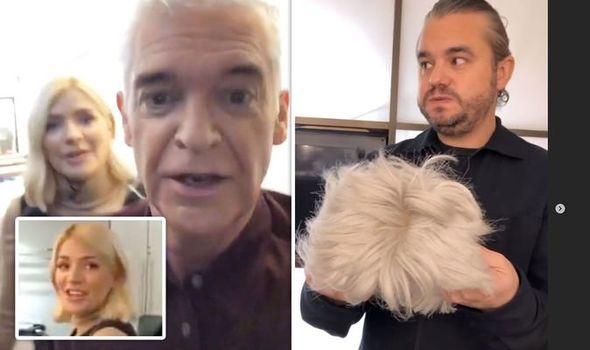 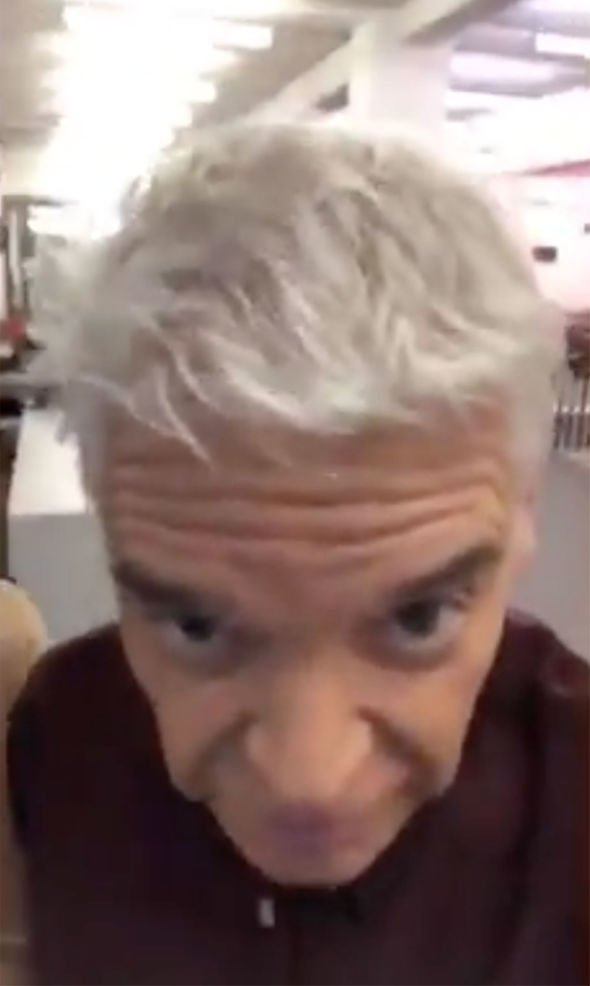 He said to Holly: “Looks alright doesn’t it?!?”

She jokingly replied: “Don’t laugh too hard, it might fall off!”

In the early stages of his career, Phillip sported dark brown hair. 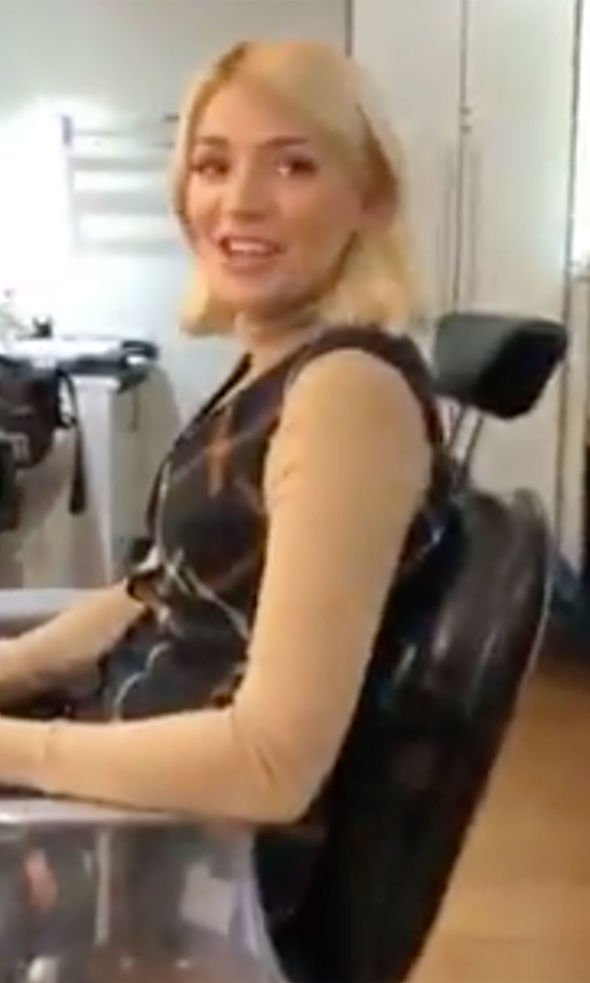 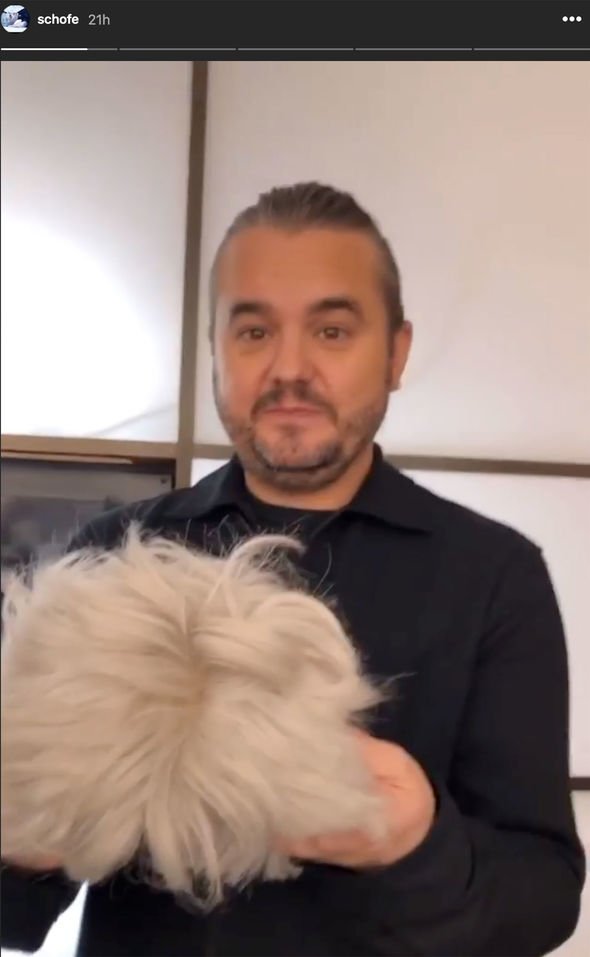 During an episode of This Morning back in 2016, he spoke out about going grey in his teenage years.

“I started to go grey when I was sixteen,” he divulged.

The presenter went on to insist he had regretted colouring it and urged others not to.

“You never know. Don’t fall into that trap. [Dying your hair] costs a fortune it takes ages and dyes your head, you just don’t need to do it.”

Elsewhere, the dynamic duo are no strangers to sharing a joke.

During a recent episode of the show, the pair struggled to control their laughter during a segment with consumer expert Alice Beer.

The latter made a rather cheeky innuendo while talking about a lavender-scented microwavable hand warmers.

She said: “This is like a muff and it smells of lavender. “Who knew my muff smelled of lavender?”

Phillip appeared gobsmacked upon hearing the word which has a double meaning, as his co-star Holly burst out laughing.

A stunned Phillip went on to ask: “What are you doing?

“You’re digging yourself a massive hole and you’re throwing us all in it.”

Laughing, Alice replied: “Well, you keep your hand in it and you keep warm. What’s the problem?”

This Morning continues today at 10.30am on ITV.