When Big Little Lies first premiered back in 2017, it was an immediate hit. Viewers were mesmerized by the stunning California landscapes, enthralled by the petty bitchery of the high-powered type-A mothers, and immediately addicted to the soap opera aspects of the lines of the central women. But the series had an ace up its sleeve. It was also a murder mystery, not just a whodunit, but a "who’s dead" as well. By the time the finale rolled around, fans already guessed it was Perry’s death which was coming, but how? How did Perry die in Big Little Lies?

Perry Wright (Alexander Skarsgård) is the husband of Celeste (Nicole Kidman), and from the earliest moments in the season, their marriage and sex life are obviously emotionally unbalanced. While Celeste’s friend Madeline (Reese Witherspoon) goes on about her affair, Perry and Celeste are the types who fight each other until they land in bed.

But it’s not the sort of "anger changed sex" that some relationships thrive on. Perry is an abusive manipulator. In Celeste’s therapy sessions, Dr. Reisman (Robin Weigert) seeks to push her client to a breakthrough, and hopefully get out before she’s murdered. Celeste’s denial of the danger she’s in doesn’t really fall away until the season finale when she learns how the abuse happening in their home is affecting their children. Throughout the season, one of the kids in school, Amabella, has been bullied and physically abused by a classmate. Most believe the culprit is Ziggy, the son of Jane. Jane also worries it could be her son. He was conceived when she was raped, and she’s afraid that he perhaps would inherit his unknown father’s violent tendencies.

But when Celeste discovers the real culprit is her son Max, she finally acknowledges how badly her relationship with Perry is affecting her children and tries to leave. In retaliation, Perry threatens her and then confronts her at the school fundraiser. When she refuses to come back, he attacks her in public. 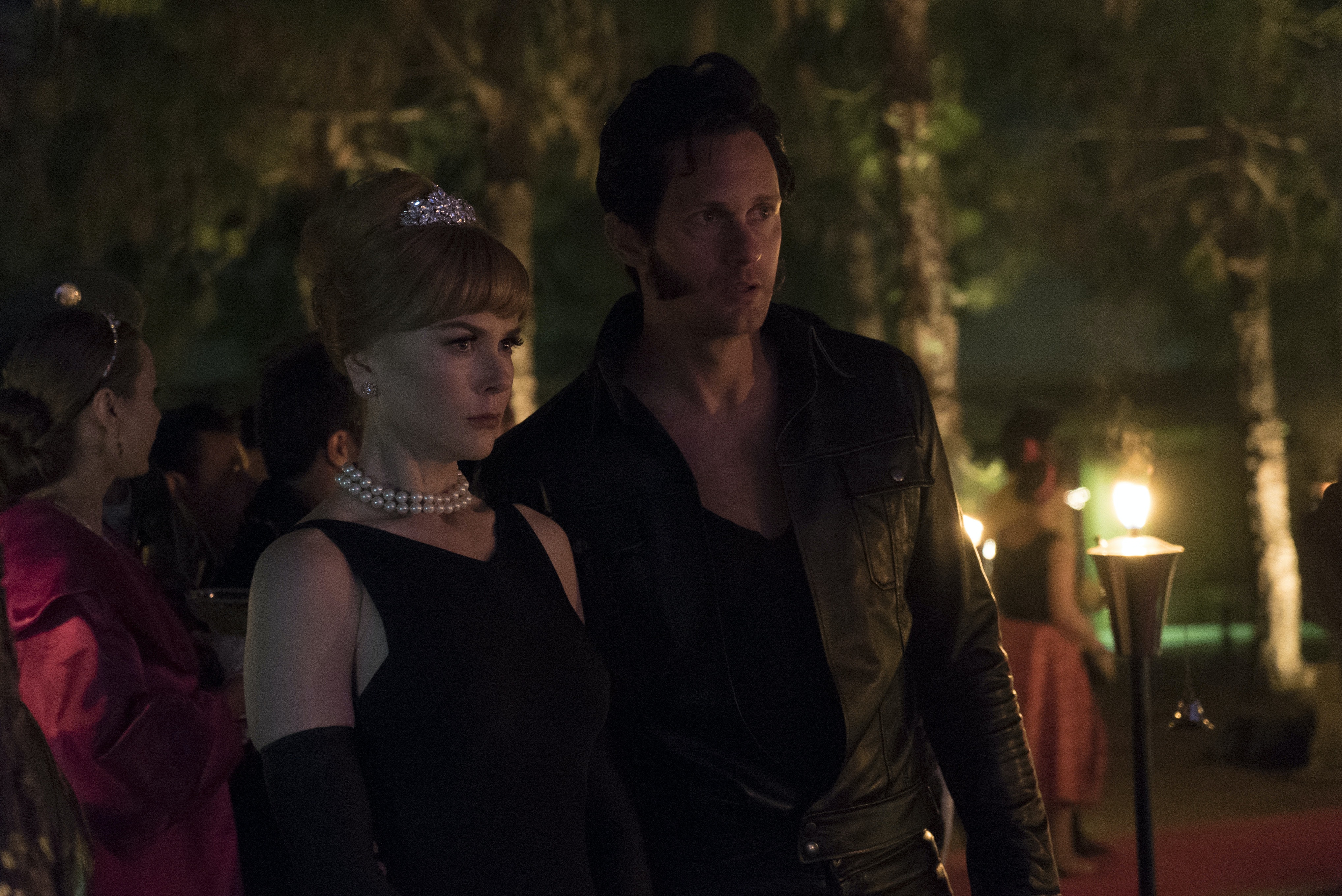 In the novel, what happens next is that Bonnie, the young second wife of Madeline’s ex-husband, sees Perry hit Celeste, and runs up and shoves him off a balcony to his death. It is a very deliberate and enraged murder.

The series changes this slightly. Perry and Celeste are not on a balcony, but a slippery marble terrace, with steps that have been caution-taped for the entire series. Perry attacks Celeste, but it’s partly driven by seeing Jane, and realizing he is surrounded by women who know he is the man who raped her. Like the book, Bonnie (Zoë Kravitz) runs up, but the rest of the gang are already attacking Perry, trying to claw him off Celeste and save her from going down the stairs. Bonnie basically flies in out of nowhere and joins the fray. Her push that sends Perry down the steps could easily be seen as an accident in defense of her friend.

As for the aftermath, in the show, all five women lie, insisting Perry slipped. With no witnesses, they form a united front. Will it hold in Season 2? Fans will find out when the show returns on Sunday, June 9, 2019.