Rock and roll icon Nikki Sixx has topped the Amazon bestsellers list with his latest book, The First 21: How I Became Nikki Sixx. The new memoir was released October 19th and quickly shot to number one on Amazon’s rock music books chart. As of this writing, it still occupies the top spot, and is also in the Top 40 of Amazon’s overall biographies and memoirs chart. 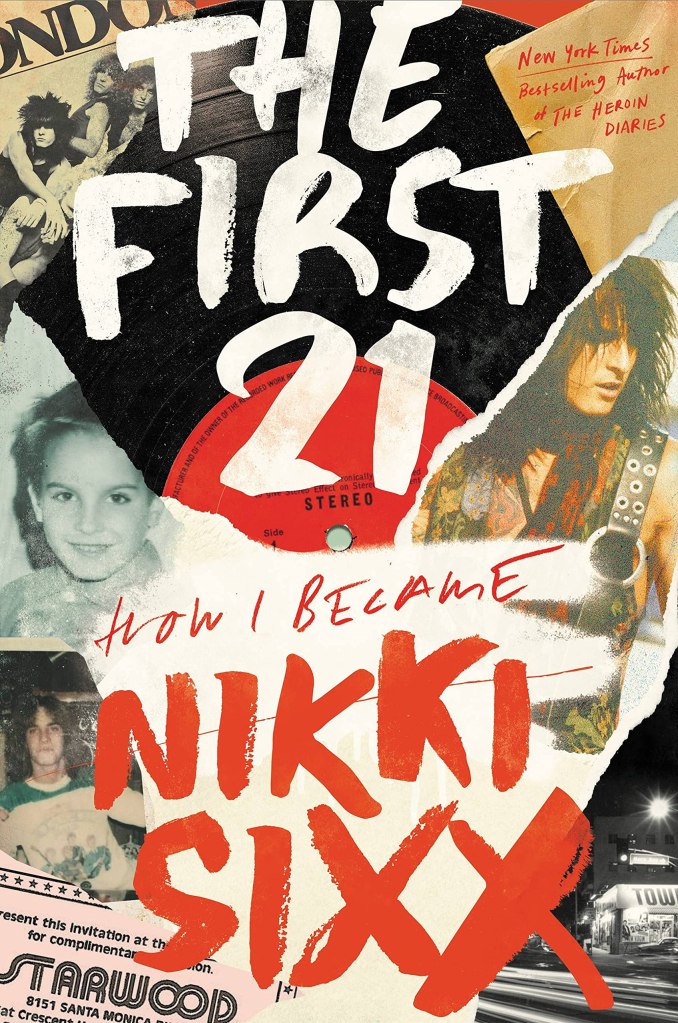 While Sixx has written three other books before, including 2007’s gripping The Heroin Diaries, the new book offers a glimpse into his early years, pre-fame with Mötley Crüe. Sixx calls it his “origin story,” and indeed, the 224-page book starts at birth, with Sixx — born Franklin Carlton Feranna — chronicling his journey from Idaho farmboy to founding member of one of the biggest rock bands of all time. (The title of the book refers to the first 21 years of his life, when he still went by his birth name).

MLB Live Stream: How to Watch the 2021 Baseball Playoffs Online

From $52 Off AirPods to $500 Off a Samsung TV, Early Black Friday Deals Are Live

While The Heroin Diaries was a harrowing read about Sixx’s descent into drug addiction, The First 21 focuses more on his upbringing and how his love for music gave him a way out of a troubled family life and dead-end jobs bouncing around from state to state. “He was an all-American kid—hunting, fishing, chasing girls, and playing football—but underneath it all, there was a burning desire for more, and that more was music,” reads a description from publisher Hachette.

Sixx also opens up in detail about his chaotic family environment, writing candidly about being abandoned by his father and eventually moving in with his grandparents, after his single mom wasn’t able to properly care for him. Even as he moved to Hollywood, it would be years before the bassist and songwriter found any success on the scene. As he writes in the book, Sixx had to “hustle to survive,” with random jobs ranging from dipping circuit boards and selling lightbulbs, to working the register at liquor stores.

Of course, any Mötley Crüe fan knows how the story ends: Franklin Feranna eventually changed his name to Nikki Sixx and after meeting drummer Tommy Lee, guitarist Mick Mars and singer Vince Neil, he went on to form what would be one of the most iconic groups of the eighties and nineties.

“Like Huck Finn with a stolen guitar, he had a vision: a group that combined punk, glam, and hard rock into the biggest, most theatrical and irresistible package the world had ever seen,” reads the book description. “With hard work, passion, and some luck, the vision manifested in reality—and this is a profound true story finding identity, of how Frank Feranna became Nikki Sixx. It’s also a road map to the ways you can overcome anything, and achieve all of your goals, if only you put your mind to it.”

The First 21: How I Became Nikki Sixx is available now in hardcover, on Kindle and as an Audible audiobook, narrated by Sixx himself.

The 2021 memoir is the fourth book released by Sixx, who is a three-time New York Times best-selling author with The Heroin Diaries, This Is Gonna Hurt, and the Mötley Crüe biography, The Dirt: Confessions of the World’s Most Notorious Rock Band.