Lily James, who plays Pamela Anderson in the upcoming Hulu series, “Pam & Tommy,” recently said she reached out to Pamela in the hopes the “Baywatch” alum “would be involved,” but Pamela never responded. Now, an Entertainment Tonight source is shedding new light on Pamela’s true feelings about the series, which documents her highly publicized romance with Motley Crue drummer Tommy Lee, including the former couple’s leaked 1995 sex tape. “The upcoming ‘Pam & Tommy’ Hulu series has been very painful for Pamela Anderson and for anyone that loves her. It is shocking that this series is allowed to happen without her approval,” the source tells ET. “Pamela has no regrets about her life,” the insider says, but the burglary in which the sex tape was stolen is “the only she would erase.” Adds the source: “She feels so violated to this day. It brings back a very painful time for her.” Tommy, on the other hand, approved the series and “is excited to see it,” according to ET’s source. “He still doesn’t understand how this incident impacts Pamela differently from himself.” Speaking to Net-a-Porter’s Porter, Lily said she read all of Pamela’s books and poetry and learned to “parrot” her past interviews while preparing for the role. “I wish it had been different,” she said of not being able to talk with Pamela before playing her. “My sole intention was to take care of the story and to play Pamela authentically.” “Pam & Tommy,” which also stars Sebastian Stan as Tommy, begins streaming on Hulu on Feb. 2.

Tributes from Hollywood and beyond flooded social media following Bob Saget’s unexpected death on Jan. 9. But perhaps the most moving tribute of all came courtesy of John Stamos, who eulogized his longtime friend and “Full House” costar when the actor was laid to rest in Los Angeles last week. The Los Angeles Times published the full speech on Jan. 21, shining a light on how close the two were through the years and why the word “love” has popped up so many times in remembrances of the comic since his death. “I just wish he knew how much the world loved him when he was here,” John said, in part. “I spent many a night trying to convince him of how loved he really was (or maybe it was the other way around — him trying to convince me how loved he was). But that was just Bob bluster. There’s no way he thought his death would have this kind of impact.” Later, John recalled all the major life milestones during which he’d leaned on Bob. “He was my lifeline,” John said. “He loved hard and deep,” he continued, joking, “Cue Bob to make a joke out of ‘hard and deep.” As the speech came to an end, John recalled being “shattered” when he learned Bob was gone, but said he went to the home his late friend shared with his wife and “slipped into the backyard” alone. “I looked up to the sky and said, ‘Baby, please give me a sign from up there,'” he shared, adding, “I called him Baby because that’s how he entered his info into my phone years ago.” Eventually, John said, he realized, “I don’t need Bob in some other realm,” because “he’s in the lessons I teach my son and the hilarious dirty stories that my wife and I will laugh at for the rest of our lives.” In closing, John explained he now knows Bob is “never leaving my heart” and “will always be my best friend.” He added, “You are my new guardian angel — a guardian angel with the dirtiest mouth and a heart as big and benevolent as forever. I love you, Baby.”

“Saturday Night Live” stars Pete Davidson and Colin Jost could be New York City’s next club big impresarios — and Mayor Eric Adams is ready to help them make it happen. On Jan. 20, Vulture reported the comics teamed up with Paul Italia, a co-owner of the Big Apple comedy club The Stand, to buy decommissioned Staten Island ferryboat. The trio reportedly plunked down $280,100 for the boat at an auction on Jan. 19. They now plan to convert it “into a live entertainment event space, with comedy, music, art” and more, according to the New York Post. The mayor’s already caught wind of the group’s plan and expressed support for the concept. “Pete, @ColinJost: I love this idea,” he tweeted on Jan. 21. “What a great way to give an NYC icon a second life. Let us know how we can help and we’ll be there for the maiden voyage.” Speaking to the Post, Paul said of the purchase, “We’re in the early stages, but everybody involved had the same ambition — not to see this thing go to the scrapyard.” Built in 1965, the ferryboat is reportedly in “poor condition” and will need to have multiple mechanical problems fixed before it can step into its new life as a club. Both Colin and Pete hail from Staten Island.

Like a lot of moms, Dakota Johnson’s mother operates with a different metrics system when it comes to gauging the level of embarrassment she could cause her daughter in various situations. Unlike other moms, however, Dakota’s mother is Melanie Griffith — which means there are a lot more eyes what she posts on social media. As Dakota told James Corden on the Jan. 20 edition of “The Late Late Show,” this fact doesn’t stop Melanie from posting old pics of Dakota at will. “I don’t like it, but I also don’t go on social media, so I don’t find out about it until it’s really baked into the Internet, and somebody will send it to me like, ‘Oh, you were so ugly.’ Or ‘You were so cute, when you had braces and a slicked back ponytail,'” said Dakota, 32. So what does “The Lost Daughter” star do when she discovers a new photo of herself on her mom’s social media? “[I become] a 12-year-old,” she told James with a laugh. “I’m like, ‘Mom, you can’t do that. We’ve had this conversation so many times!’ She doesn’t care,” Dakota said. It’s not much better in real life, Dakota noted, recalling the time she spotted her ’90s-era celeb crush, Jonathan Taylor Thomas at an airport. “Saw him in the airport and I was like … I think I was 8 — ‘Oh my god, Mom, it’s him, it’s really him.’ I was like, ‘We’re gonna be married. We’re gonna be together forever! We’re the same. We love each other.'” That’s when Melanie helpfully hollered at the star to come say hello. “I was across the airport behind a plant,” Dakota recalled. Alas, she was still “very visible,” she said, laughing. “I couldn’t hide behind the plant … it wasn’t like a tree.”

Kanye West is demanding final approval on “Jeen-Yus,” a three-part documentary about his life that’s been in the works for two decades, ahead of its Sundance Film Festival premiere this weekend. “I’m going to say this kindly for the last time,” Ye wrote on Instagram on Jan. 21. “I must get final edit and approval on this doc before it releases on Netflix. Open the edit room immediately so I can be in charge of my own image. Thank you in advance.” He added a rare smiley-face emoji to his stern warning. Directed by Clarence “Coodie” Simmons and Chike Ozah, “Jeen-Yuhs” uses footage spanning 21 years to tell Ye’s story from 2001 onward, including more recent events like the death of his mother, Donda, and his run for office. According to Deadline, screeners of the doc have already been sent to press, though they’re reportedly marked “work in progress.” Variety, meanwhile, points out that while Kanye’s listed as a producer on the doc, he was never “given final cut” approval. In a recent interview with the outlet Coodie says Kanye was comfortable letting him take the reins on telling the story. “I said, ‘Dude, you have to trust me.’ And he did, 100 percent,” Coodie said. “Mind you, when his team and the business-people have gotten involved, they’re of course going to have their say. But I needed to tell this story. It’s not about making Kanye likable or not,” the director added. “The footage doesn’t lie. What makes the film special is that it’s not something definitive; it’s his journey through my vision.” “Jeen-Yuhs” is set to premiere atSundance’s all-virtual 2022 festival on Jan. 23. 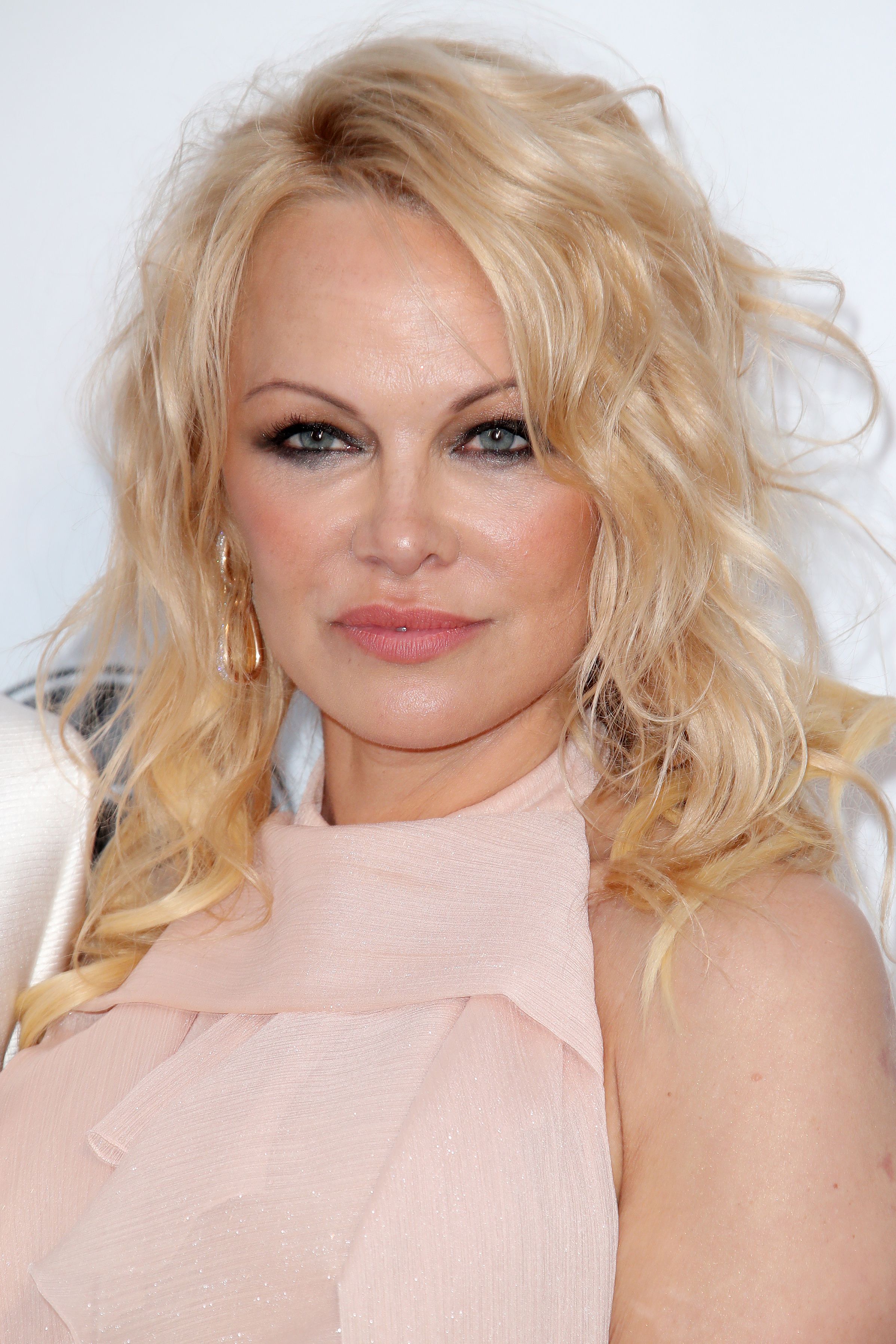 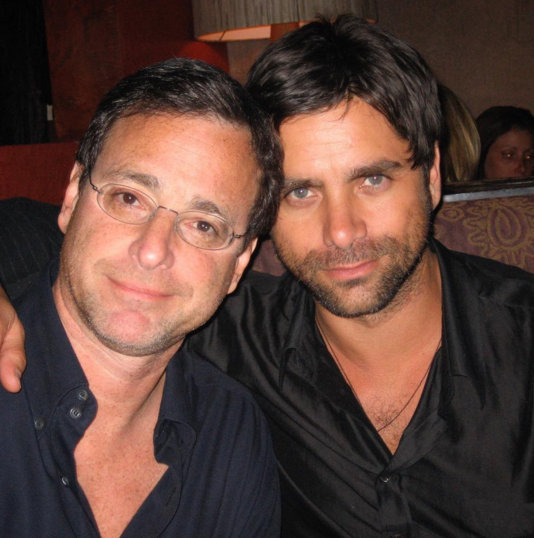 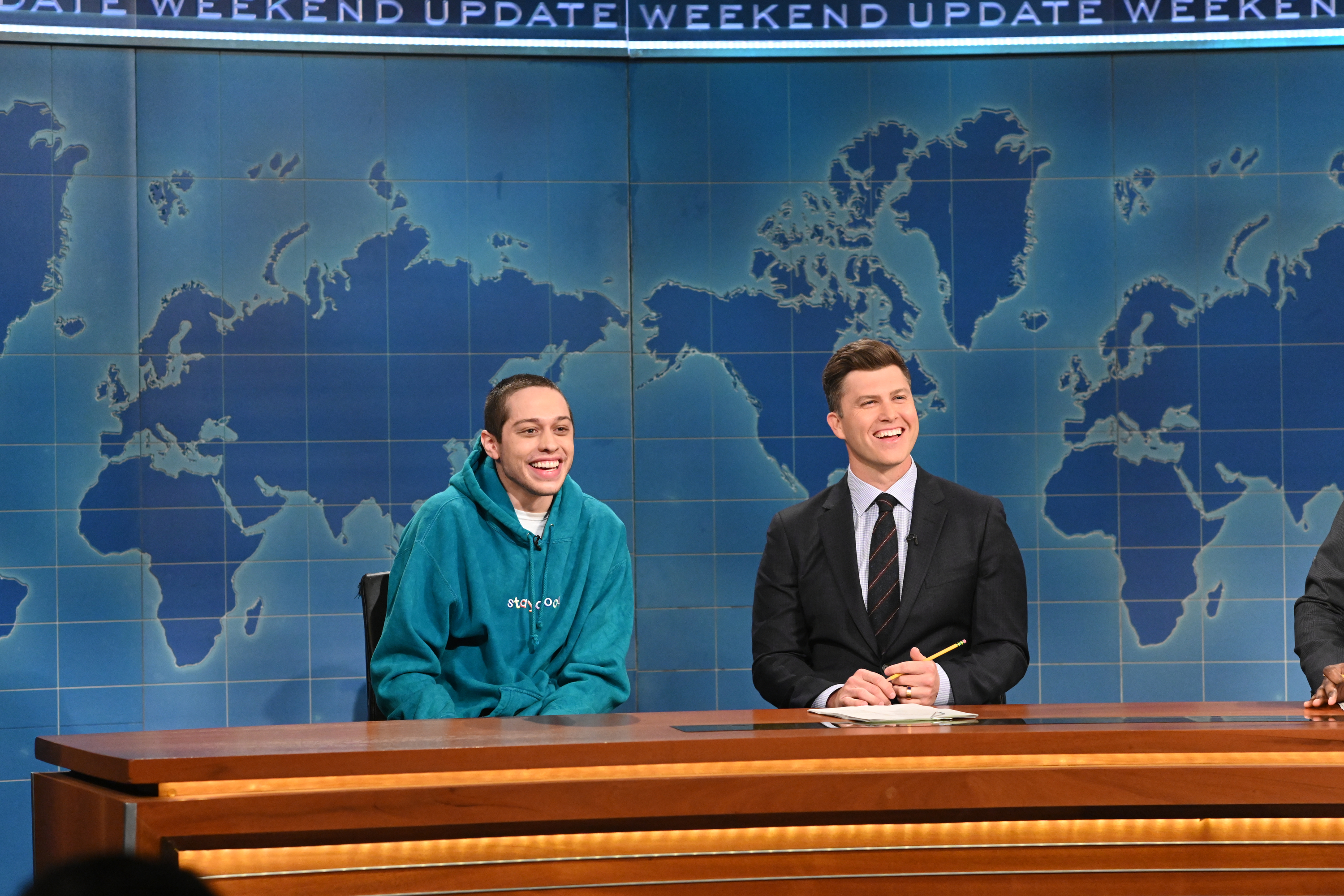 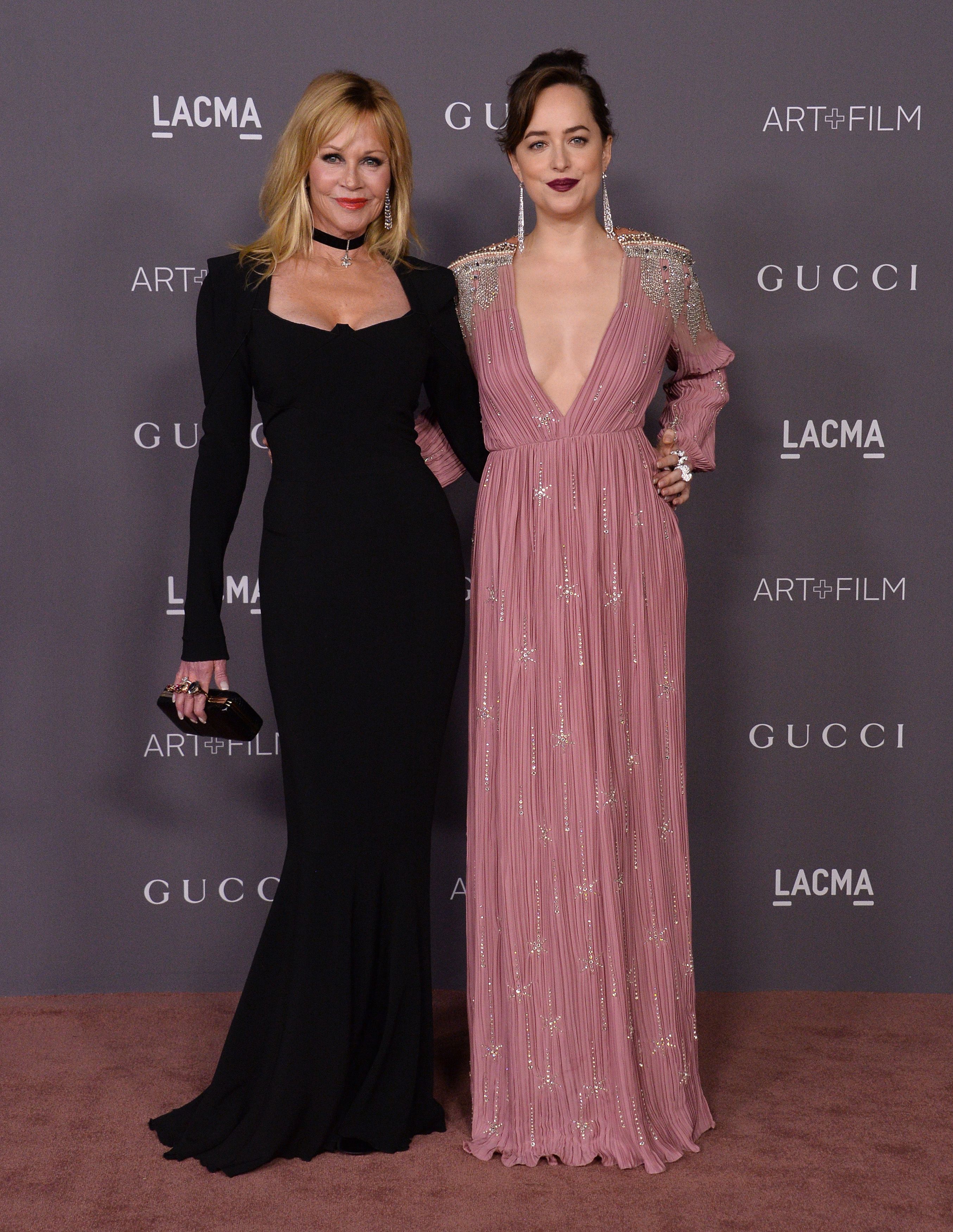 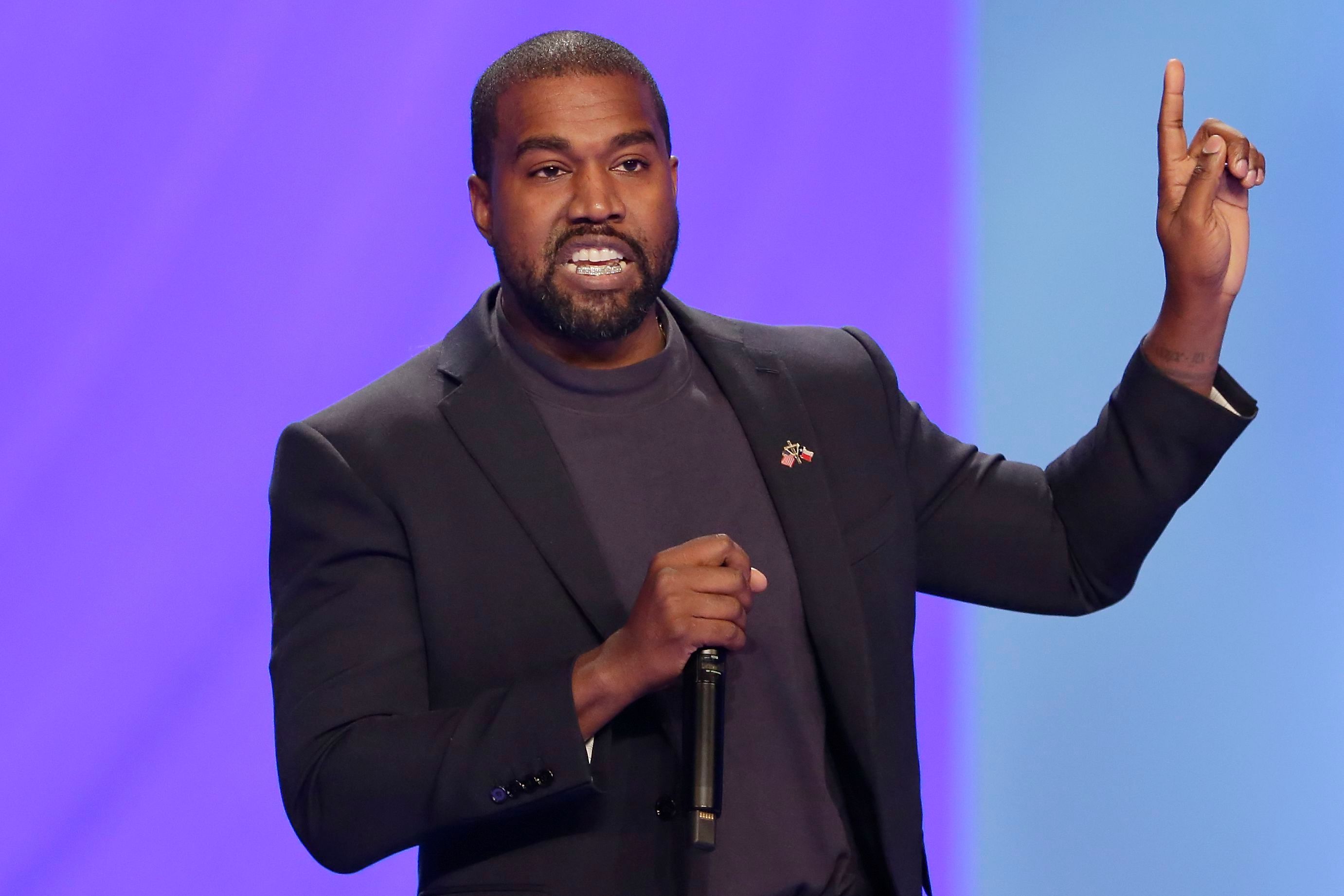 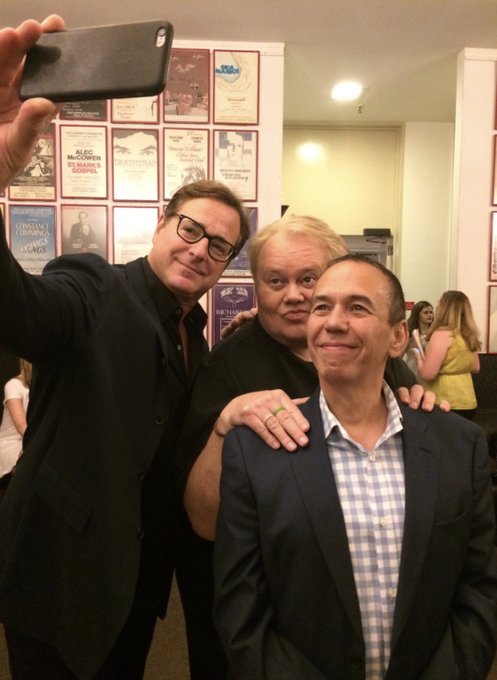