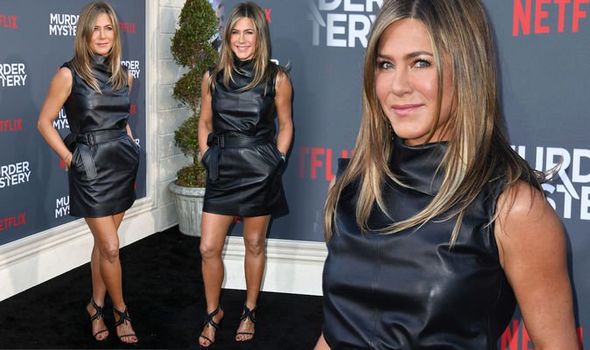 The American actress, who turned 50 in February, put on a leggy display when she walked the red carpet at the Netflix event.

The former Friends star wore a classic little black dress for the occasion which showcased her tanned and toned pins but gave it an edge twist by choosing leather fabric.

The high neck and sleeveless design featured a belt at the waist which highlighted her slim waist, but the star revealed a little to much when she went braless underneath.

Jennifer finished off her stylish look with a pair of black strappy heels and added a pop of colour with a blue bracelet which she teamed with a set of gold bangles.

Walking the red carpet her co-star Adam Sandler, Jennifer posed for pictures with her hair loose over her shoulders.

The pair, who worked together on 2011 romantic comedy Just Go With It, both star in the Netflix comedy which is set to be released on Friday.

The 52-year-old actor, who worked as a producer on the show, takes on the role of her Police officer husband Nick Spitz. 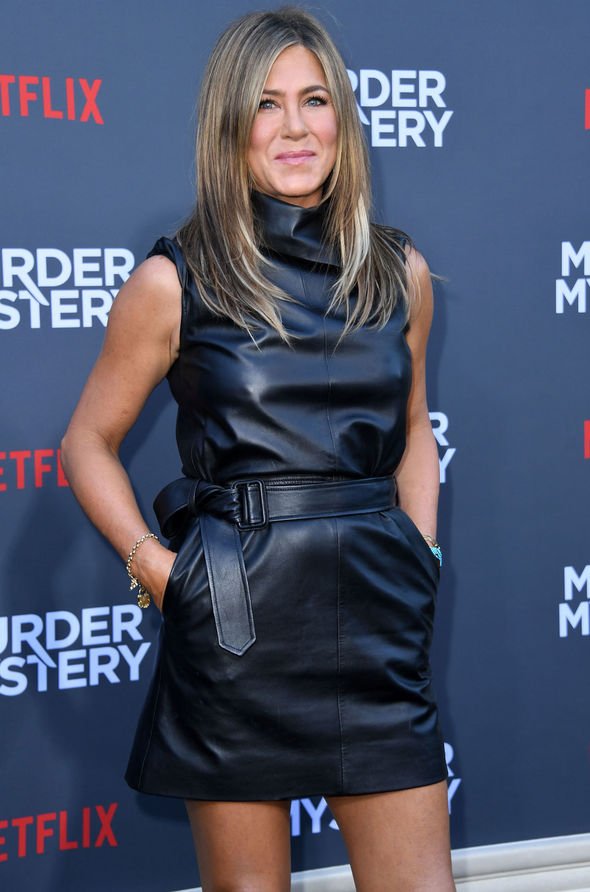 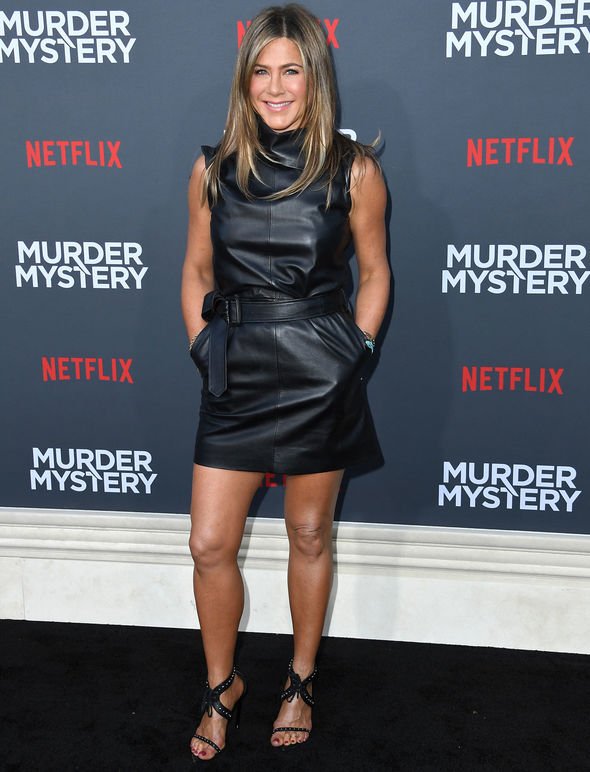 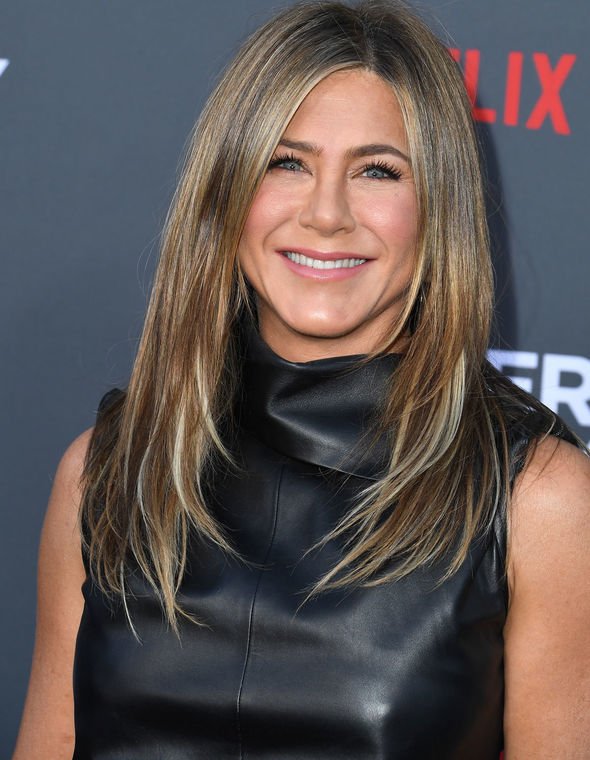 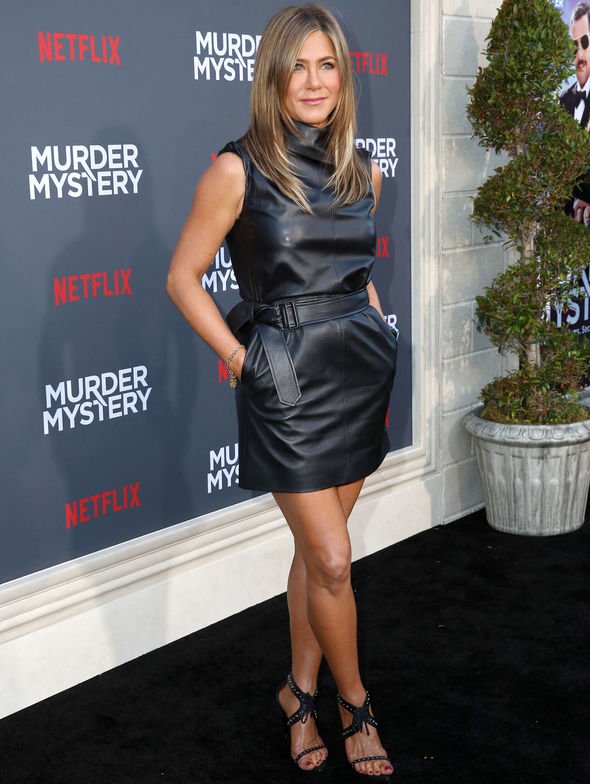 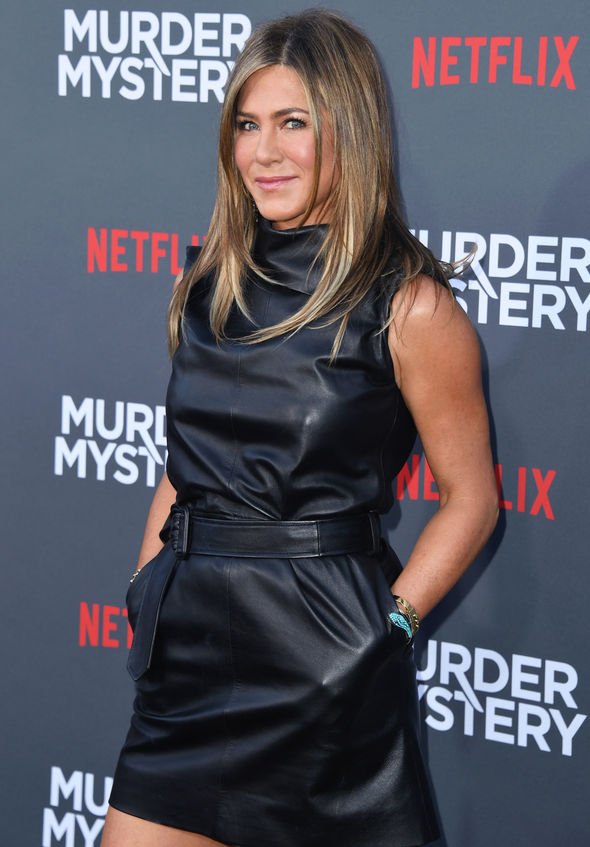 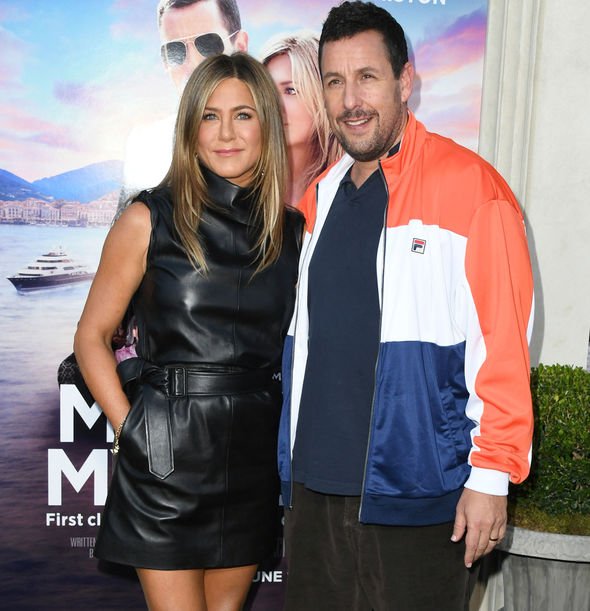