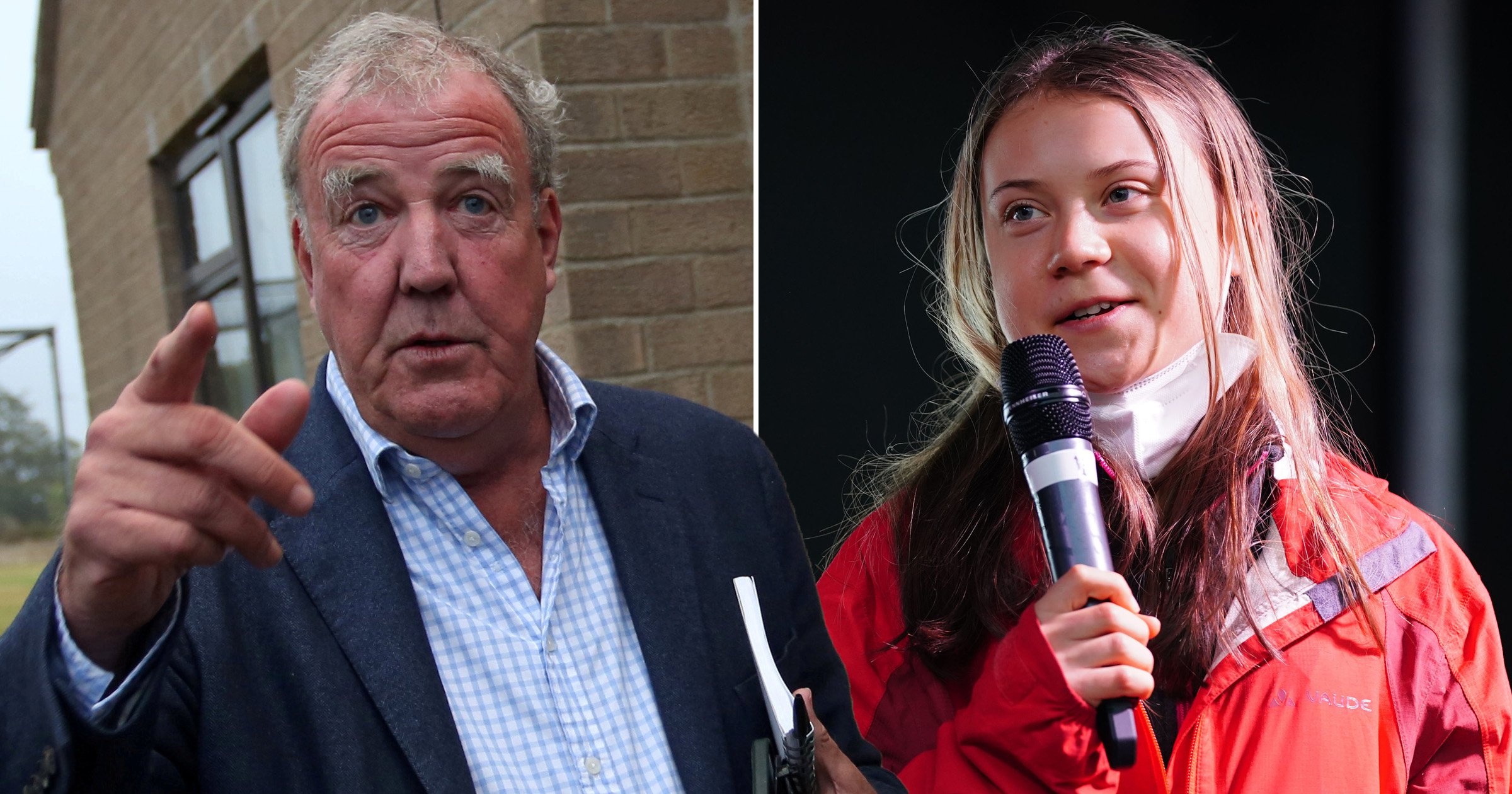 The Grand Tour host, 61, slated the 18-year-old climate activist in his latest column for the Sunday Times, writing: ‘I simply don’t get the Thunberg phenomenon.

‘She has no knowledge of how the world works, no manners and no letters after her name because instead of going to school, she’s been busy sailing round the world so she can be mardy and abusive to grown-ups.’

He added: ‘What she needs is a smacked bottom.’

The peculiar choice of phrase angered many on Twitter, who were less than impressed with a 61-year-old man suggesting such a thing about an 18-year-old.

They tweeted: ‘61  year old Jeremy Clarkson calling for 18 year old  Greta Thunberg to have her bottom smacked deserves a far more WTAF???? response than it got. Middle aged white men using column inches to have pops at a young girl who is concerned about the environment is just f**king weird.’

Elsewhere in his column, the former Top Gear host claimed that Greta telling people what they should be doing to lessen their impact on the environment was ‘pointless’ as it would be better placed educating those in countries where the public is less aware of what needs to be done.

He added: ‘What you should be doing instead is cycling to countries where people are perhaps less well aware of what should be done.

‘China for example. That I’d like to see. Greta standing outside Zhongnanhai with her parka and her Glastonbury backpack and her microphone, lecturing the leaders about their policies on coal and trees and so on.’