As the coronavirus pandemic continues its rampage across the UK, many celebrities have found themselves a victim of the hugely contagious illness, with someone new announcing their diagnosis every day. The Grand Tour host Jeremy Clarkson, 60, also revealed he sometimes wakes up and believes he too has contracted the virus, so much so that he intends to write about it in his latest column.

One day I wake up in the morning and I’m absolutely convinced I’ve got Covid, I totally know

The motoring expert is a journalist for both The Sun and The Sunday Times, and uses both platforms to air his views and opinions on the various goings on across the nation.

But in a recent interview, he touched on the contradictory stories and opinions in the tabloids at the moment and admitted by the evening, he usually changes his mind about announcing his unconfirmed Covid diagnosis.

Chatting with Andy Jaye on his self-titled podcast, he asked the former Top Gear star: “I’ve heard it said that you will write things that you don’t necessarily believe but it’s a good opinion and looks good on the page?”

Jeremy laughed as he replied: “People say to me, ‘You’ve contradicted what you said last week!’ 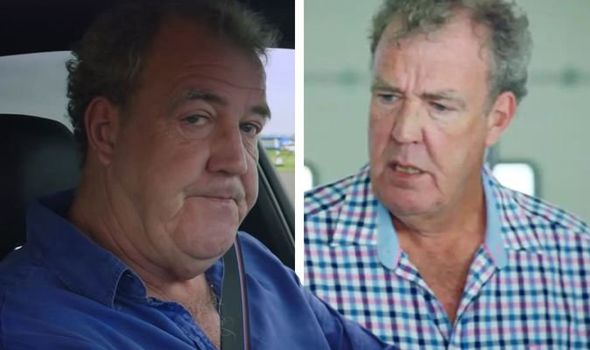 We will use your email address only for sending you newsletters. Please see our Privacy Notice for details of your data protection rights. Who Wants to Be a Millionaire’s Jeremy Clarkson shut down by Prue

“I know, I’ve changed my mind but an opinion is like a suit, you get to the shop and try it on and think, ‘Oh this is pretty good,’ and then you get home and actually it looks terrible!”

He continued: “One day I wake up in the morning and I’m absolutely convinced I’ve got Covid, I totally know.

“So I could write the column, ‘This is what I think…’

“Then by the evening you just think, ‘This is just drivel, it’s appalling’ and you write the complete opposite.”

Jeremy, in his typical matter of fact manner, went on to say that anybody who never changes their mind is an “idiot”.

Elsewhere, the controversial host made a huge error on the celebrity special of Who Wants To Be A Millionaire? leaving contestant Ronni Ancona to walk away with just £1,000 for her chosen charity.

He managed to scupper a multiple choice which saw him name the M1 as the longest motorway, when it was in fact the M6, a motoring question Ronni trusted he would know.

The question asked ‘At just over 230 miles, which is the longest motorway in the UK?’

After an in-depth discussion, he stated that the M1 was the longest.

“Right Ronni this is an educated guess, but it is only a guess,” Jeremy warned.

Ronni wasn’t convinced and decided to phone a friend as well, who also suggested the M1.

Following the unanimous answers, the comedian locked in her final answer.

“If I get this wrong I’ll never hear the end of it,” the ex-BBC presenter winced, and low and behold, he was right – ironically, not about the question, though.

When the computer revealed the correct answer was in fact the M6, Jeremy made a quick dive behind his podium.

Squeaking with shame, he whispered: “Oh Ronni… are you still there?”

“Oh my God. Are you happy with the result?” the actress snapped back.

Jeremy replied: “No, I’m not. I’m ashamed of myself for not knowing that the M6 is longe than the M1!”