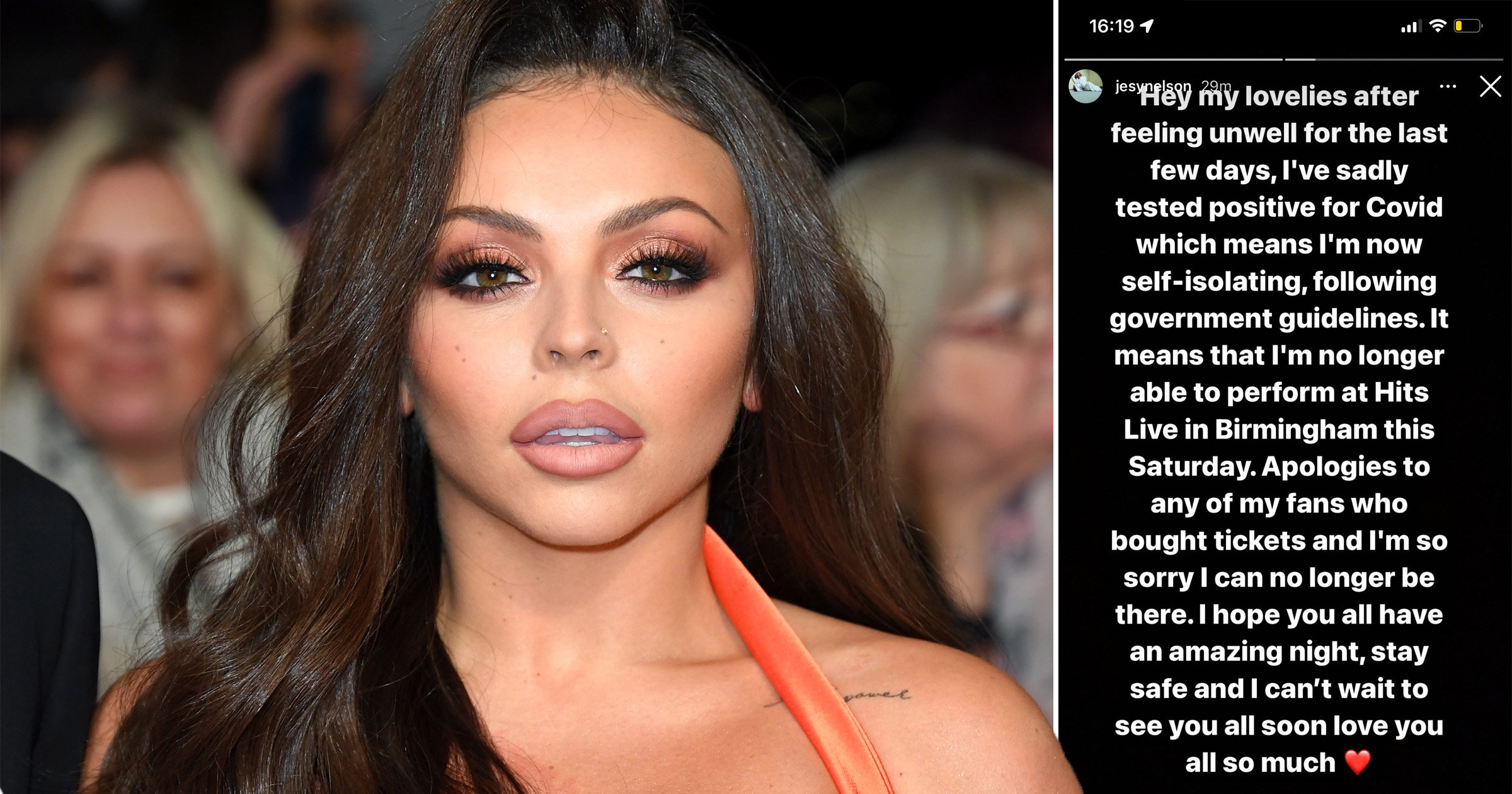 Jesy Nelson has been forced to pull out of an upcoming gig in Birmingham after testing positive for Covid.

The 30-year-old singer was due to perform at the Free Radio Hits Live Show this Saturday, but confirmed via Instagram stories that she has tested positive for the virus after feeling unwell.

‘It means that I’m no longer able to perform at Hits Live in Birmingham this Saturday.

‘Apologies to any fans who bought my tickets, and I’m so sorry I can no longer be there.’

She added: ‘ I hope you all have an amazing night, stay safe and I can’t wait to see you all soon, love you all so much.’

The Boyz performer is also set to perform at this year’s Capital Jingle Bell Ball, which will mark her first major solo performance.

The star will be joined by the likes of Coldplay, Justin Bieber, Lil Nas X, and many more.

The former Little Mix member has had quite the year, after scoring her first record deal with Republic Records, and collaborating with one of the biggest artists in the world, Nicki Minaj.

However, with all that success, Jesy has been at the centre of a lot of backlash in the last few months.

Fans noticed Jesy’s complexion was darker than usual in her highly-anticipated music video for Boyz, and accused the star of blackfishing.

Leigh-Anne Pinnock and Jade Thirlwall recently admitted that they approached Jesy about it, in an interview with Stella magazine.

Leigh-Anne said: ‘Capitalising on aspects of blackness without having to endure the daily realities of the black experience is problematic and harmful to people of colour.’

In an interview with Vulture, Jesy addressed the claims and said: ‘I’m very aware that I’m a white British woman; I’ve never said that I wasn’t.’

‘I take all those comments made seriously. I would never intentionally do anything to make myself look racially ambiguous, so that’s why I was initially shocked that the term was directed at me.’