Yesterday, John Cleese, 79, sparked a Twitter storm with his controversial opinion about London. In view of his 5.6 million followers, he wrote: “Some years ago I opined that London was not really an English city any more. “Since then, virtually all my friends from abroad have confirmed my observation. I note also that London was the UK city that voted most strongly to remain in the EU.”

He wrote: “It might interest those people who seem to think my remarks about London are racist as opposed to culturalist, to consider that what I like about spending time in Nevis.

He added: “No sign of Rupert Murdoch, conscientious lawyers, a relaxed and humorous life style, a deep love of cricket, and a complete lack of knife crime.

“And, of course, wonderful weather and the icing on the cake is that Nevis is not the world centre for Russian dirty money laundering.” 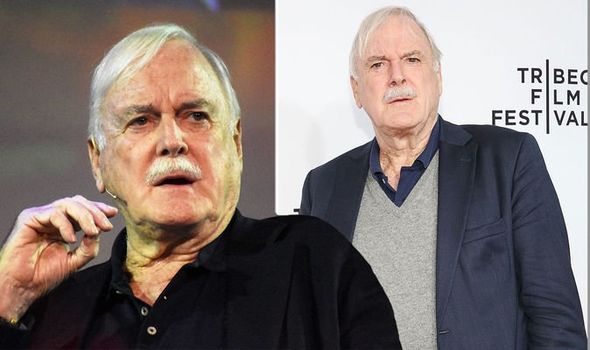 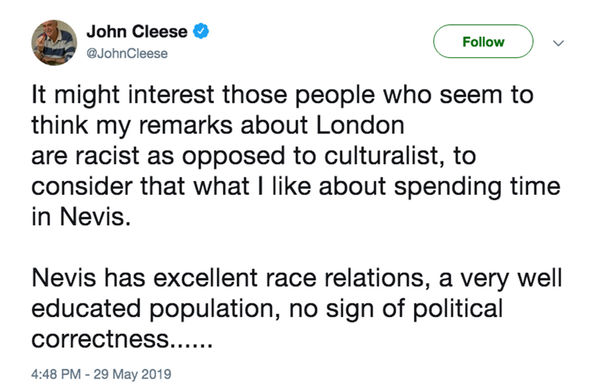 One user asked him: “What’s an ‘English city’, then, sir?

“A place in England welcoming people from all over the world, particularly the Commonwealth? A place where the vast majority speak English as a first language?

“A place where England’s govt and traditions are enshrined? Or… just a white place?”(sic)

John responded: “The former, of course.”

The actor has openly supported Brexit, previously insisting it is “not a mistake”. 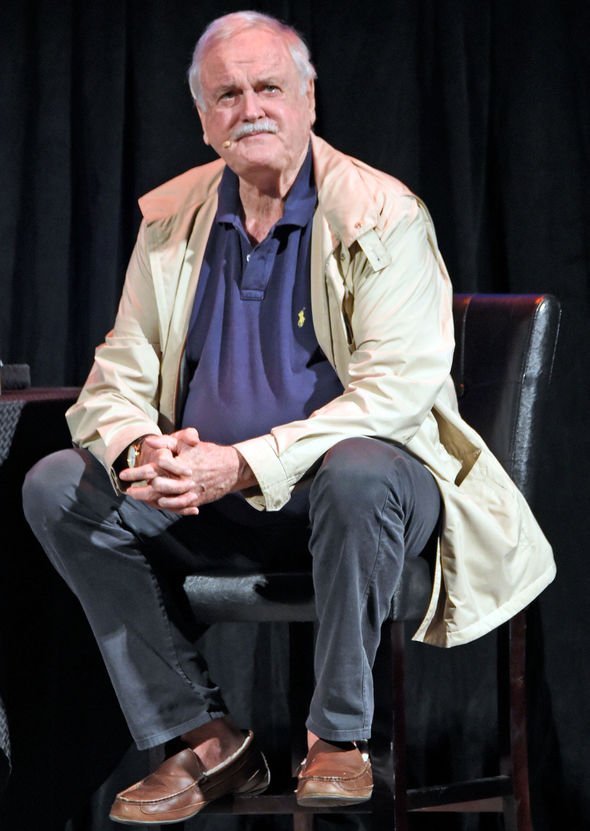 He told the Radio Times: “I’m rather delighted that all these forecasts of doom and destruction have turned out, at this point, not to have been real.”

Elaborating on his reasons why he voted Leave, he added: “I don’t want to be ruled by Brussels bureaucrats who want to create a super state.

“I was pro-Brexit for that reason.

“If I had three words to sum up why we had to get out of Europe, they would be: Jean-Claude Juncker.”

Speaking with Emily Maitlis, 48, on BBC’s newsnight, he also said: “I’m so disappointed with so much about this country.”

Expressing his desires to move to Caribbean island Nevis, he added: “The relationship between the races is absolutely superb.

“The people there are really kind.”