Kaley Cuoco and Johnny Galecki are very amicable exes today, but The Big Bang Theory co-stars were put in a very awkward position while they were filming their hit sitcom.

Cuoco and Galecki secretly dated while filming the CBS comedy and privately split up early into the show’s 12-season run.

“We dated really early on for almost two years. It was very early on in the show,” Cuoco recalled on Dax Shepard’s Armchair Expert podcast. “I remember when we did the pilot I was just crushing so hard on Galecki. He had a girlfriend. I was obsessed. The first few episodes we would talk and hang out and as things went on finally we got drinks one night. I had such a crush on him and I didn’t think he felt that way about me.”

The 34-year-old actress went on to share that once they split in real life, however, their fictional romance started heating up.

“We got together and just fell mad for each other for about two years. But then we broke up,” she said. “Luckily, Johnny and I came out of it so brilliantly. We’re closer today than we ever were, but I just remember [show creator] Chuck Lorre… I remember when we broke up, obviously it was a little sensitive for a minute, but I remember those weeks that Chuck had written these episodes where all of the sudden our characters were sleeping together every other second.” 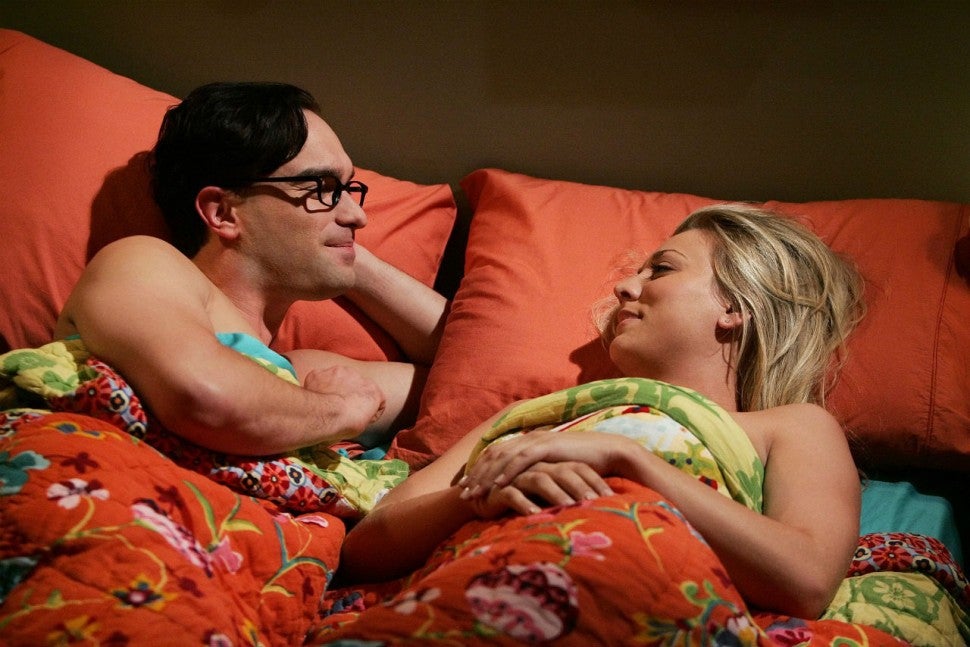 Cuoco still thinks that Lorre might have altered the course of their character’s romance “on purpose” to jokingly messed with the former couple.

“That came out of nowhere. All of the sudden these characters were like all up in each other’s… but Johnny and I came out of it better than before,” Cuoco said.

The actress also talked about her current marriage to equestrian Karl Cook. When host Shepard noted that he sometimes struggles with having a wife (Kristen Bell) who he feels is more famous than him, Cuoco noted that her first marriage to Ryan Sweeting suffered from those same issues.

“Even with that person that was a big problem,” she said, not directly naming Sweeting. “I was like, I have to be with someone who really has, whether they’re famous or not, their own life. I think what’s so cool about Karl, everyone that’s gotten to know him, he loves his life and he loves his equestrian world. He’s so cool in the arena, literally in that arena, so he’s so fulfilled.”