Karin Zeroual, 19, is partnered with professional dancer Amy Dowden, 28, on Strictly Come Dancing 2019, and last night she revealed that she’s concerned that they still have a lot to do ahead of Saturday’s show.

Appearing on It Takes Two with Zoe Ball, 48, the BBC pro confessed she was worried because they hadn’t been able to put in the hours they normally would compared to previous weeks.

“He’s had a really busy work schedule this week so we haven’t had time to put in the hours that we have done other weeks,” she said.

She then laughed: “We’ve still got a lot to do technically and fundamentally and more importantly, I have to try and get the smile off his face!”

“He’s so bubbly and so fun and he really is the life and soul of the group, so that’s going to be a little challenge and hopefully he’s feeling better so tomorrow we can really go for it,” she said crossing her fingers for good luck.

Amy appeared alone on It Takes Two as recently reinstated Zoe announced Karim had caught the lurgy and had to pull out.

Zoe also had to drop her hosting duties on the BBC show along with her BBC Radio Two breakfast show because she too had come down with a bout of flu.

She announced she was returning to her presenting duties last week, while the celebs were still worried about falling ill themselves ahead of week four of the competition. 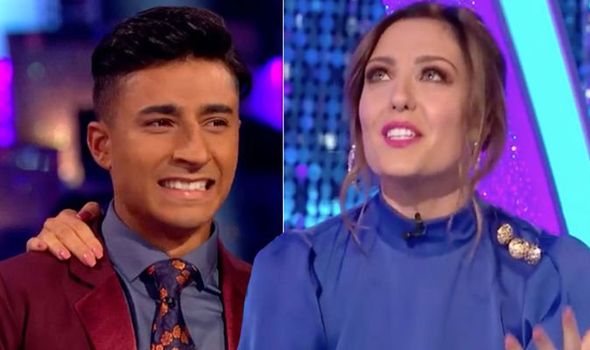 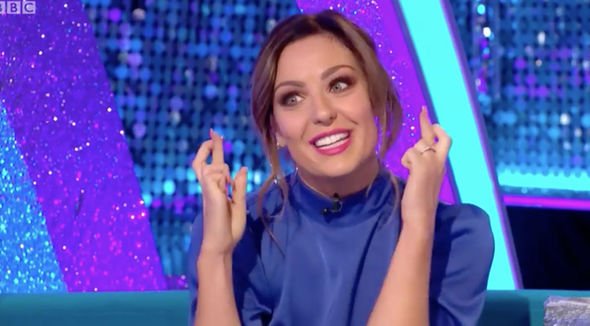 Appearing with face masks and tissues, they playfully mocked Zoe’s return to the show, which she insisted had nothing to do with Karim falling ill.

“He’s got the lurgy too, nothing to do with me I promise,” she said.

Zoe revealed on the show that Karim’s mum had rustled up some meatballs to help her son feel better, and handed the dish over to Amy to make sure Karim got them.

This week Karim and Amy are tackling the fierce Tango. 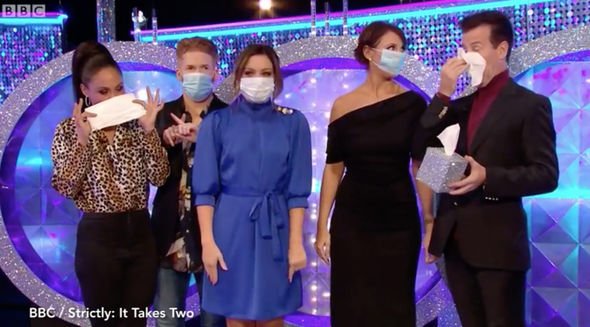 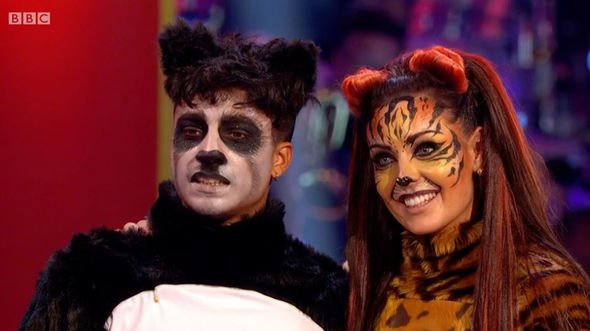 Currently one of the favourites to lift the Glitterball trophy this year, Karim’s previous performances have consistently impressed the judges.

But last Saturday saw the couple suffer a blow to their scores as the judges awarded them 26 as they danced the Samba to Kung Fu Fighting by Karl Douglas, knocking them off the top of the leaderboard to second place.

Despite the blow, the dancing duo advanced into week four as TV star Anneka Rice and her partner Kevin Clifton were the second couple to be eliminated from the ballroom dancing competition.

Strictly Come Dancing 2019 continues Saturday at 6.40pm on BBC One.