Kate Garraway, 53, has regularly given updates on her husband’s health since he rushed into ICU where he tested positive for COVID-19 in March and was put into a medically induced coma. Derek Draper, who remains in hospital, was said to be in a limited conscious state by the TV star on ‘Good Morning Britain’ this week. Garraway has been apart from her husband for a number of celebrations since, including their son’s birthday and their 15th wedding anniversary this week. They marked the occasion with a FaceTime call, which they tried to “make special” despite being separated and in a difficult situation.

Garraway recently admitted that “bad days” were coupled with positive “flickers” and that she had to “keep going” by remembering how fortunate he was to be alive.

The couple met in 2004 after being introduced by then-GMTV’s political correspondent Gloria De Piero and married a year later.

They went on to have children Darcey and William, now 14 and 11, and have regularly celebrated their family life online.

In one touching post, Draper praised his wife for her tireless effort to make their lives better and gushed his appreciation of her on Twitter.

He wrote: “So @KateGarraway up at 2am to do @GMB on @TheRoyalFamily #PrinceGeorge and at 9pm is oiling our floor.”

Draper signed off the 2016 post with the hashtag #WhatAWife and shared a photograph of her working inside their house.

The former Labour spin doctor has regularly expressed how lucky he felt to be with Garraway – most notably during her stint on ‘I’m a Celebrity… Get Me Out of Here!’, last year. 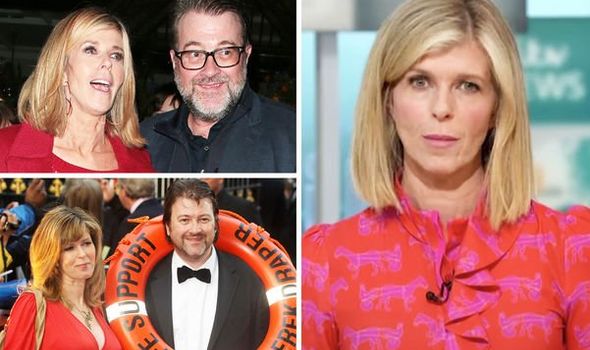 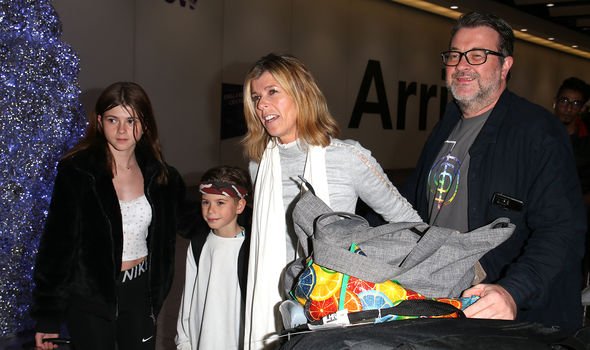 He admitted that it was “hard to watch her struggle with things” while in the Australian jungle and that on a number of occasions he “wanted to dive into the television and give her a big hug”.

The star narrowly missed out on a spot in the ITV competition’s final after three weeks, in which she undertook a number of bushtucker trials.

In another instance, revealed in Garraway’s 2017 book ‘The Joy of Big Knickers’, the TV star explained how Draper soothed her during a “mid-life crisis”.

When she turned 50, she worried that she “should have achieved things or be content with things” but instead felt overwhelmed.

During one candid confession, she revealed her fears about looking older and admitted she had considered cosmetic surgery. 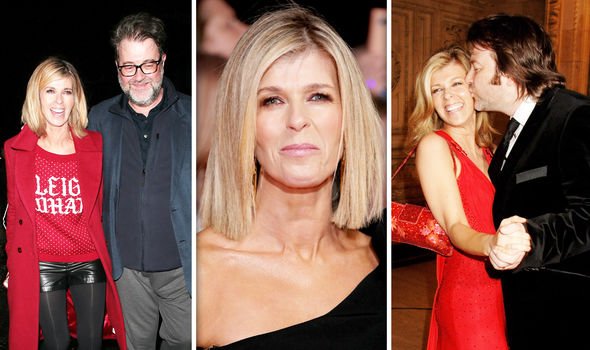 Garraway wrote: “I pretty much wanted a facelift quite obsessively for ages. But everyone said it wouldn’t make any difference at all.”

But in a blunt response to her concerns Draper shut down her negative self-talk about her wrinkles and the general concerns about how she looked.

Garraway recalled: “My husband thought I was bonkers. He said, ‘Don’t do that!’ He thinks it’s ridiculous. He wouldn’t want me to do it.”

She also admitted that she would have liked to have had more children and would have “probably ended up as one of those people who appear in the newspaper with 25 kids”.

Despite this, she felt there was no point holding onto those regrets and was thankful to have met Draper – who she has often said is the love of her life.