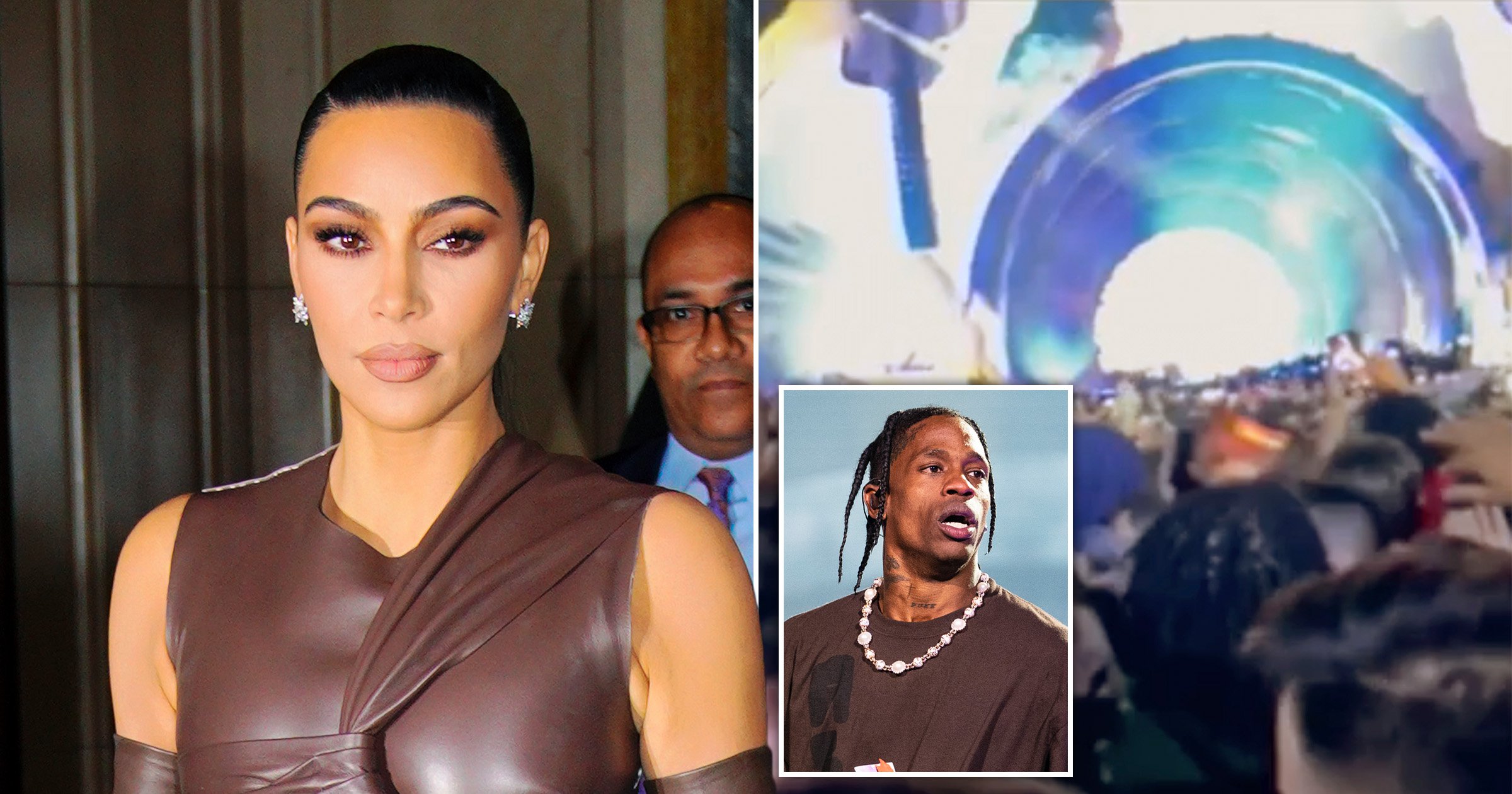 Kim Kardashian has spoken out for the first time about the tragic events of the Astroworld incident that left eight people dead.

The music festival was hosted by Travis Scott and held in Houston, Texas last Friday. However, it was cut short due to a stampede caused when the crowd surged towards the stage as the rapper performed on-stage.

Eight people, including a 14-year-old boy, died while many others were injured and required medical assistance.

Kim, 41, whose sister Kylie Jenner is dating and has children with Scott, released a statement on Monday addressing the tragedy for the first time.

She wrote on Twitter: ‘Absolutely heartbroken for the lives who were lost and anyone who was hurt at Astroworld. Just like all of you, our family is in shock by the tragedy.

‘We are keeping all of the victims, families and loved ones impacted in our prayers for healing – as well as Travis who we know cares so much about his fans and is truly devastated.’

Her younger sister Kendall Jenner, who was at the festival, also said: ‘I’m still at a loss for words over the news from Astroworld. I’m truly broken for the families that have lost loved ones and my prayers go out to everyone involved.

‘Sending everyone who has been affected all of my love and wishing them strength during this incredibly devastating and sensitive time.’

It come after Kylie, 24, also spoke out to express her devastation after attending the festival with her and Scott’s three-year-old daughter Stormi. The cosmetics mogul also addressed criticism she received for sharing Instagram story videos of an ambulance in the crowd, seemingly unaware of the chaos that was taking place.

‘I want to make it clear we weren’t aware of any fatalities until the news came out after the show and in no world would have continued filming or performing,’ she said.

‘I am sending my deepest condolences to all the families during this difficult time and will be praying for the healing of everyone who has been impacted.’

Scott, 30, has since offered to pay for the funerals of those who died at Astroworld while also vowing to offer mental health support.

Houston Police has also revealed that the Highest In The Room rapper was warned about the crowd moments before he hit the stage.

In a statement shared on Monday, police chief Troy Finner explained: ‘I met with Travis Scott and his head of security for a few moments last Friday prior to the main event…

‘I asked Travis Scott and his team to work with HPD for all events over the weekend and to be mindful of his team’s social media messaging on any unscheduled events. The meeting was brief and respectful, and a chance for me to share my public safety as Chief of Police.’

Several lawsuits have been filed against Scott, Live Nation and even Drake, with one complainant demanding $1million (£742,000) in damages.