The Keeping Up with the Kardashians reunion went down last night, and honestly….it delivered! The Kardashians opened up about a ton of stuff that they’ve previously stayed quiet about—including Kim’s supremely short marriage to Kris Humphires.

Speaking to reunion host Andy Cohen, Kim said that she owed her ex an apology for how their infamous 72-day marriage went down, saying she tried to reach out and make amends but he wasn’t having it.

“I handled it totally the wrong way. I tried to [apologize]. I tried calling him for months,” she said, adding that she ran into Kris in Los Angeles years after their split and he literally wouldn’t even speak her. As she put it, “All of his friends got up and said hi to me. He just literally looked at me and wouldn’t even speak to me.”

Kim went onto explain why Kris claimed fraud was involved in their marriage, saying “He’s very faith-based, and so, I’m sure he would have loved to not have marriage on his record. He wanted an annulment. The only legal way to get an annulment is if fraud is involved, so he marked fraud to get an annulment. So the whole world wondered, ‘What is this fraud?’….If I was mature, I would have wanted the annulment too. I wish I was only married once.” 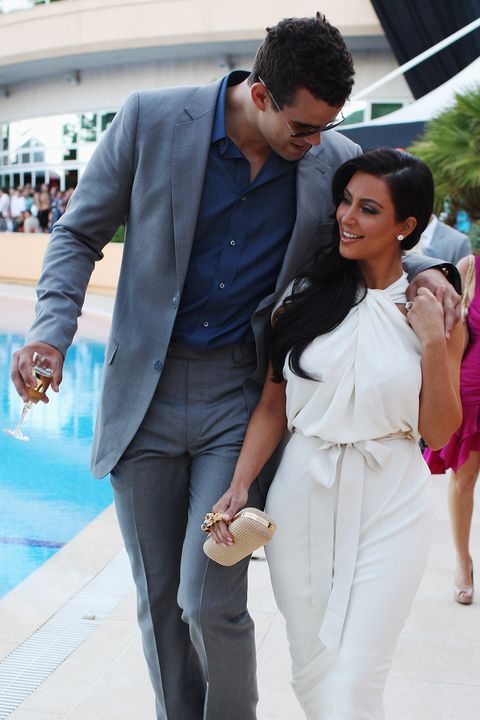 As a reminder in case you blocked out this harrowing time in American history, Kim and Kris started dating in October 2010, got married in May 2011, and then split up 72 days later. Memories! And no, at this point Kris hasn’t responded to Kim’s comments on the reunion, but we’ll, uh, keep you updated.

You love all the deets on celeb relationships. So do we! Let’s talk through them all here.