Good morning, another update on whether or not Meghan Markle and Prince Harry’s kids are getting Prince/Princess titles: King Charles hasn’t made up his mind yet. And it’s causing significant tension with Prince Harry and Duchess Meghan.

According to The Times, Charles “hasn’t decided” whether or not to allow Archie and Lilibet to use their new titles, which is “heightening tensions” with Meghan and Harry. And apparently, the Duke and Duchess “fear the King may strip Archie and Lilibet of their titles,” since he hasn’t recognized their elevated status as of yet.

The Times reports that Harry had a “brief discussion” with his father after the Queen’s death, when Charles asked if Harry wanted to have his kids use HRH status (His/Her Royal Highness). Harry allegedly said he wants his kids to decide for themselves when they’re older, but emphasized they should be “allowed to retain their titles now.” 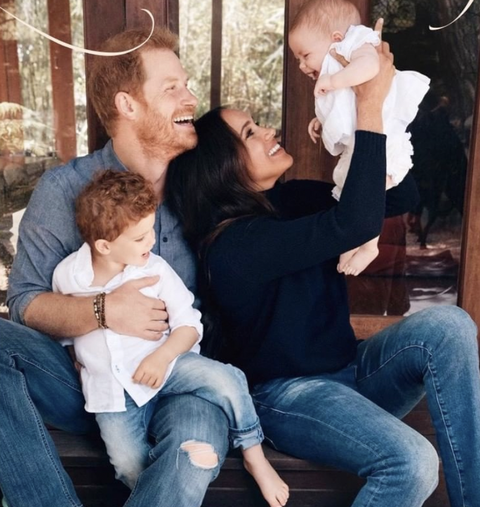 However, the Sussexes were left “dismayed” that the conversation was unresolved, and tension only “escalated” when Harry found out that his grandmother’s “ER” cipher had been removed from the shoulder of his military uniform. To make things more tense, Prince William and Kate Middleton’s titles have been updated on the royal website (they’re now Prince and Princess of Wales), while Archie and Lilibet’s haven’t. Per a royal source, “For [Buckingham Palace] not to make those changes suggests that something is off. Why not just change everything and do it in that moment?”

A spokesman for the King previously said that he is “focused on the mourning period” and that “at some point there will be discussions” regarding titles. As The Times notes, Archie and Lilibet are automatically entitled to be Prince/Princess now that Charles is King, and he’d have to issue a letters patent to prevent them from using the titles. Which would certainly be a choice, considering Archie and Lilibet are his literal grandchildren!