Before celebrating her first ‘ever’ win against the Blink-182 drummer, the ‘Keeping Up with the Kardashians’ alum shares pictures from her romantic weekend in Venice Beach, California.

AceShowbiz –Kourtney Kardashian seemed to have a fun-filled date night with Travis Barker. In a new social media post, the “Keeping Up with the Kardashians” alum was proud to beat the Blink-182 drummer in a ping pong game while wearing heels.

“First time I’ve ever beat @travisbarker or anyone actually,” the 42-year-old reality star wrote over a photo of a ping pong table, two paddles and a ball she shared on her Instagram Story on Monday, July 19. The founder of Poosh also pointed out that she played the whole game wearing heels, writing, “And in heels.” 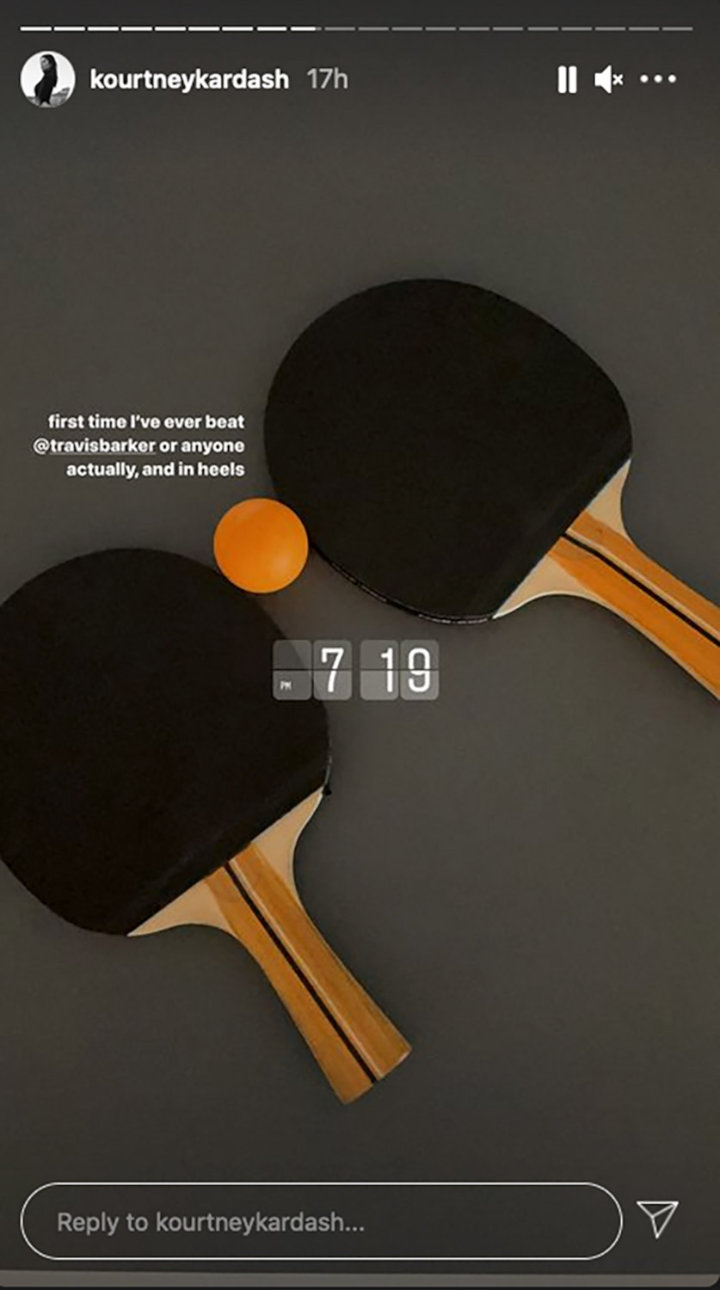 Kourtney’s celebratory post came hours after she shared several pictures from the pair’s romantic weekend together, including a bike ride around Venice Beach, California in her Instagram feeds. The daughter of Kris Jenner simply wrote in the caption, “Weekend.” In the comment section, her rocker boyfriend responded with a sweet message that read, “You’re my favorite.”

Kourtney and Travis were recently rumored to be headed down the aisle. In a July 15 Instagram post, the older sister of Kim Kardashian appeared to be wearing a ring on that finger and it didn’t take long for the engagement speculation to roll in.

However, a source spilled to HollywoodLife.com that “Kourtney and Travis are not engaged. There are no plans for an engagement anytime soon.” The reality TV star also reportedly “still has no interest in getting married or engaged to anyone.”

“Marriage is just not her thing,” the insider further claimed. “She doesn’t like that kind of a commitment to anyone. She’s happy, more in love than ever and Travis is fine with not being married to her. Friends don’t see her changing her mind but that’s just who she is.”

Kourtney first made public her romance with Travis in February. At the time, the TV personality posted on her Instagram account a photo of her hand intertwined with the rocker’s tattooed hand, which prompted her musician beau to react to the image with a black heart emoji.