Kudlow: Democrats want to talk about Jan 6 instead of their failures

‘Kudlow’ discusses the one-year anniversary since Capitol riot and how Democrats refuse to move on.

There's no question that the year-ago assault on the Capitol was a national disgrace and a national calamity.

I don't think there's anybody out there who would disagree with that. For my part, I fervently wish we could just move on. Let us go to Jan. 7 and not linger on Jan. 6. But of course, this is not going to happen.

And we will discuss this, this evening with Wisconsin Sen. Ron Johnson and our panels later in the show.

But we still have a bill to kill, a rabid inflation to vanquish, a Mexican border to bolster, as well as a faltering national security posture after the Afghanistan catastrophe and in the next week or so, a possible confrontation with Vladimir Putin in the Ukraine. These are today's problems, and they're going to be tomorrow's problems regardless of one's opinion about last Jan. 6.

As I have said before, I wish President Trump had not spoken to the rally that day, but he did not directly incite violence, and he did urge a peaceful protest, and though it gets scant attention, the FBI has found no evidence of a grand scheme or conspiracy regarding President Trump or anybody near him. 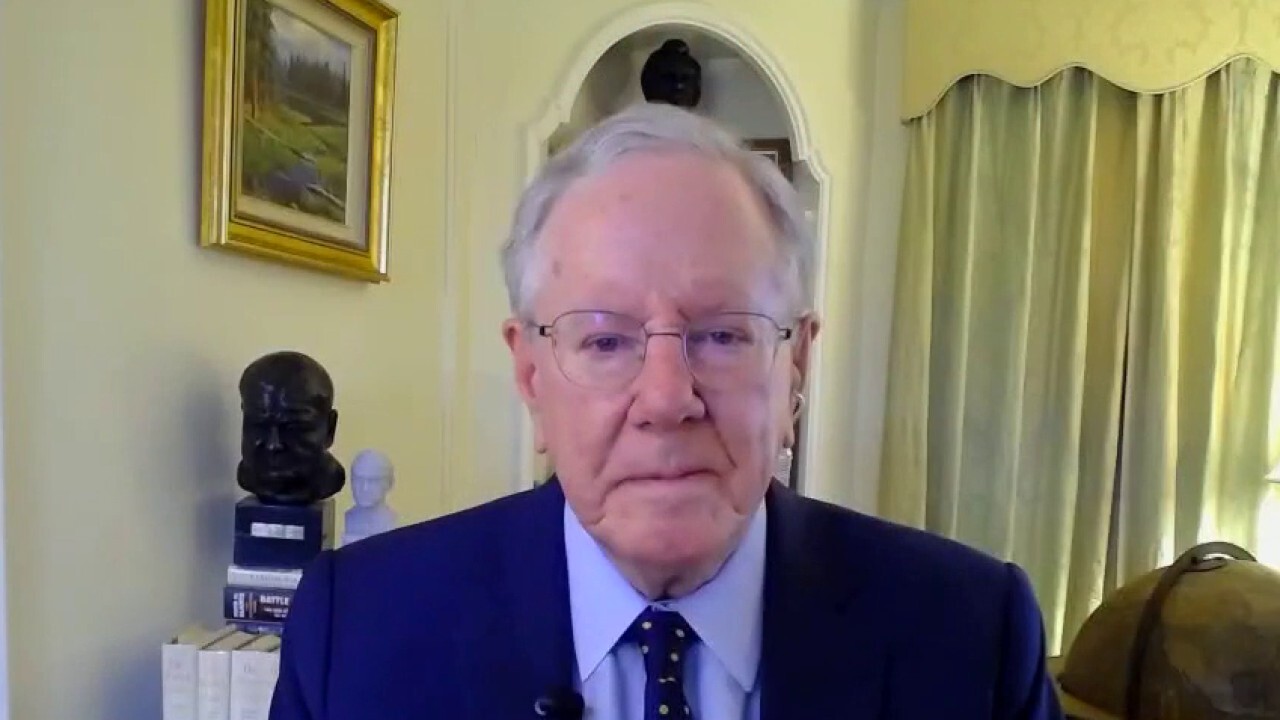 Steve Forbes reflects on Capitol riot: ‘Why wasn’t that security there?’

Forbes Media Chairman Steve Forbes says the Jan. 6 Capitol riot ‘took on a deadly life of its own’ due to lack of security procedures and the U.S. is ‘paying the price for it’ until this day.

This was not an insurrection, but it was a damaging riot. To my way of looking at things, this Jan. 6 investigating committee is essentially an anti-trump, anti-GOP fishing expedition. Completely one-sided.

Nobody wants to explain what happened to the Capitol police. Why they were completely unprepared, sending only 200 of their ranks, though they have over 2,000 officers. Or why didn't Pelosi call in the National Guard?

Or why is New York socialist AOC making the ludicrous claim that 'We came close to half of the house nearly dying.' Nonsense.

Pollster Scott Rasmussen finds that 72 percent of voters disapprove of the Trump supporters who broke into the U.S. Capitol. That disapproval includes 59 percent of those who prefer trump-like policies, 63 percent of conservatives and 63 percent of Republicans.

Meanwhile, I believe President Trump's response today to Joe Biden's attack on him that the Biden Democrats would much rather talk about Jan 6 than their failures on open borders, disastrous energy policies, unconstitutional mandates, devastating school closures, inflation, and of course the unraveling of foreign policy.

I agree with Trump that Biden wants to deflect and distract from his failed agenda and the unraveling of his presidency.

Meanwhile, Biden and the Democrats are really spending more time talking about nationalizing presidential elections rather than getting to the bottom of the many difficult questions regarding last Jan. 6.

Chuck Schumer, as always, taking his cue from socialist AOC wants to end the 60-vote filibuster Senate process in order to pass a radical election law that would stop voter IDs, continue unlimited mail-in ballots, and void cleaning up cluttered election registrations such as dead people and many other problems. 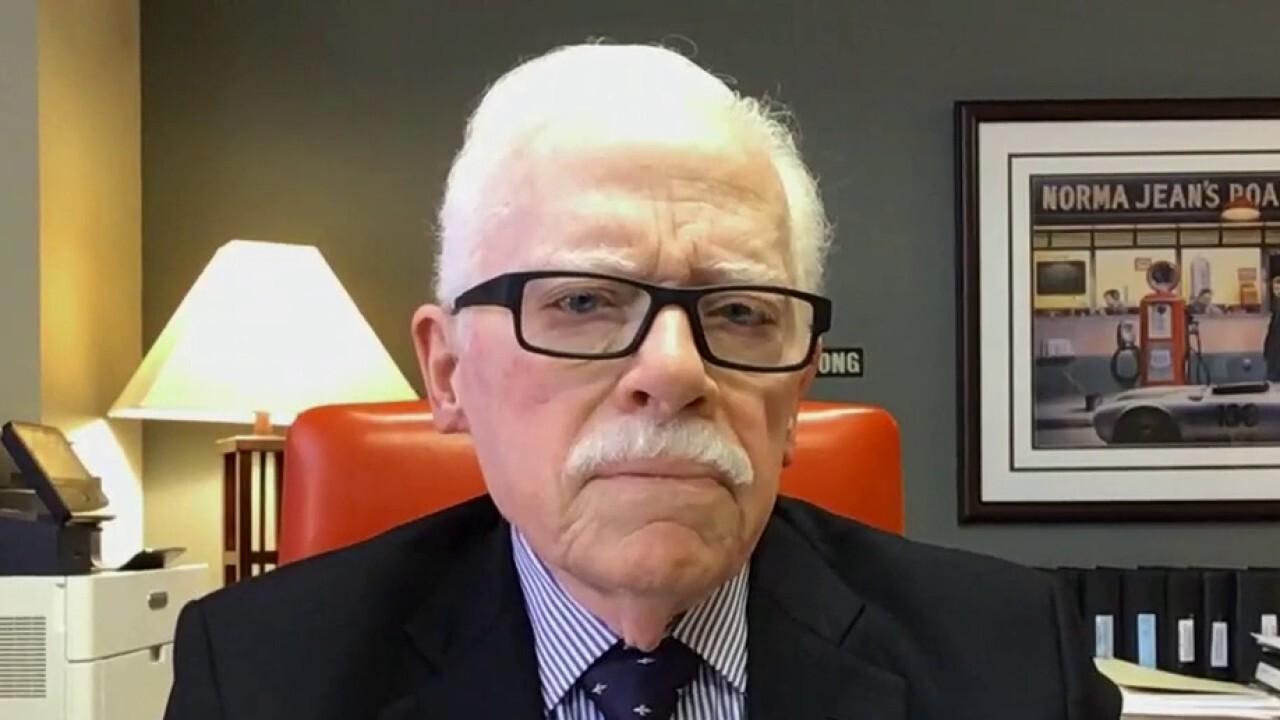 You know, when I grew up, when the voting ended, it ended.

I think most common-sense folks think endless elections should be stopped, but the woke democrats want to overrun state legislatures for their own ends and keep those mail-in ballots and harvesting with no ID going forever.

In other words, make no mistake about it, the Democratic Party is using the Jan. 6 riot in order to undermine the integrity and constitutionality of sound election reform. That's their agenda. Before I quit, I want to make one more quick point, unrelated to Jan. 6, driven by radical left teachers unions across the country.

School closings in places like Atlanta, Milwaukee, Cleveland, Detroit, and especially Chicago have sprung up again. Not only did these radical left unions want to teach woke critical race theory garbage in their schools and keep parents out of the curriculum — they don't want to work. Never do. This is an old song over the past two years.

They shake down federal, state, and local governments for more and more money in return for less and less work. And here they go again. Despite the overwhelming science that says that schools should remain open to help the kids.

So, now's the time for a "Reagan moment." Governors, mayors, county executives and whoever else should fire any striking teachers. Period. Just fire 'em the way Reagan fired the striking air traffic controllers. And Reagan replaced them with non-union folks who wanted to work, and striking teachers can and should be replaced with qualified non-union teachers who are willing to work and help the kids.

We need a "Reagan moment." Biden will never do it and probably the blue-state mayors and governors won't either. And that's too bad. The kids are our future.

How about "America First?"

And that's my riff.

This article is adapted from Larry Kudlow's opening commentary on the Jan. 6, 2022.