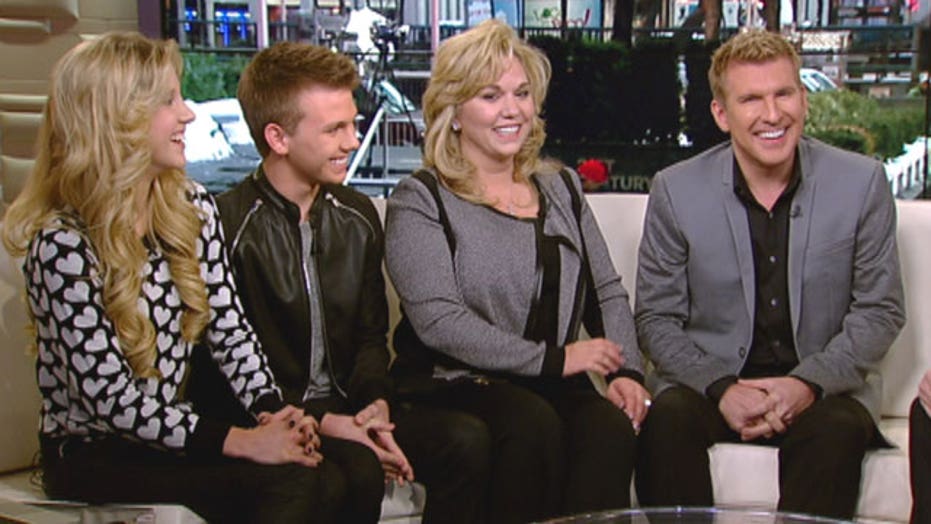 Is America ready for the Chrisley Family?

"Chrisley Knows Best" star Todd Chrisley's son, Kyle, is off the hook for an arrest in Oklahoma — but only because he may be in much bigger trouble elsewhere.

Kyle was arrested in May and booked in Okmulgee County Jail on suspicion of drug possession (specifically methamphetamine), but TMZ reports that the charges were dropped against the troubled reality star, as he faces more serious charges in Georgia.

Police told TMZ that when Kyle was pulled over in May for a broken tail light, responding officers found methamphetamine in his vehicle.

However, the drugs were reportedly in a cup in the 27-year-old's console, bodycam footage revealed, which may have had it difficult to prove that the drugs belonged to Kyle.

Alexus Chrisley accused Kyle of sending her text messages threatening to kill her.

According to documents obtained by TMZ, one of Kyle's messages to Alexus reads, "[N]ot before I end you. Im going to the streets I will get my s—t and take care of this problem with you because if I'm not with you nobody will be [sic]. Bye Alexus."