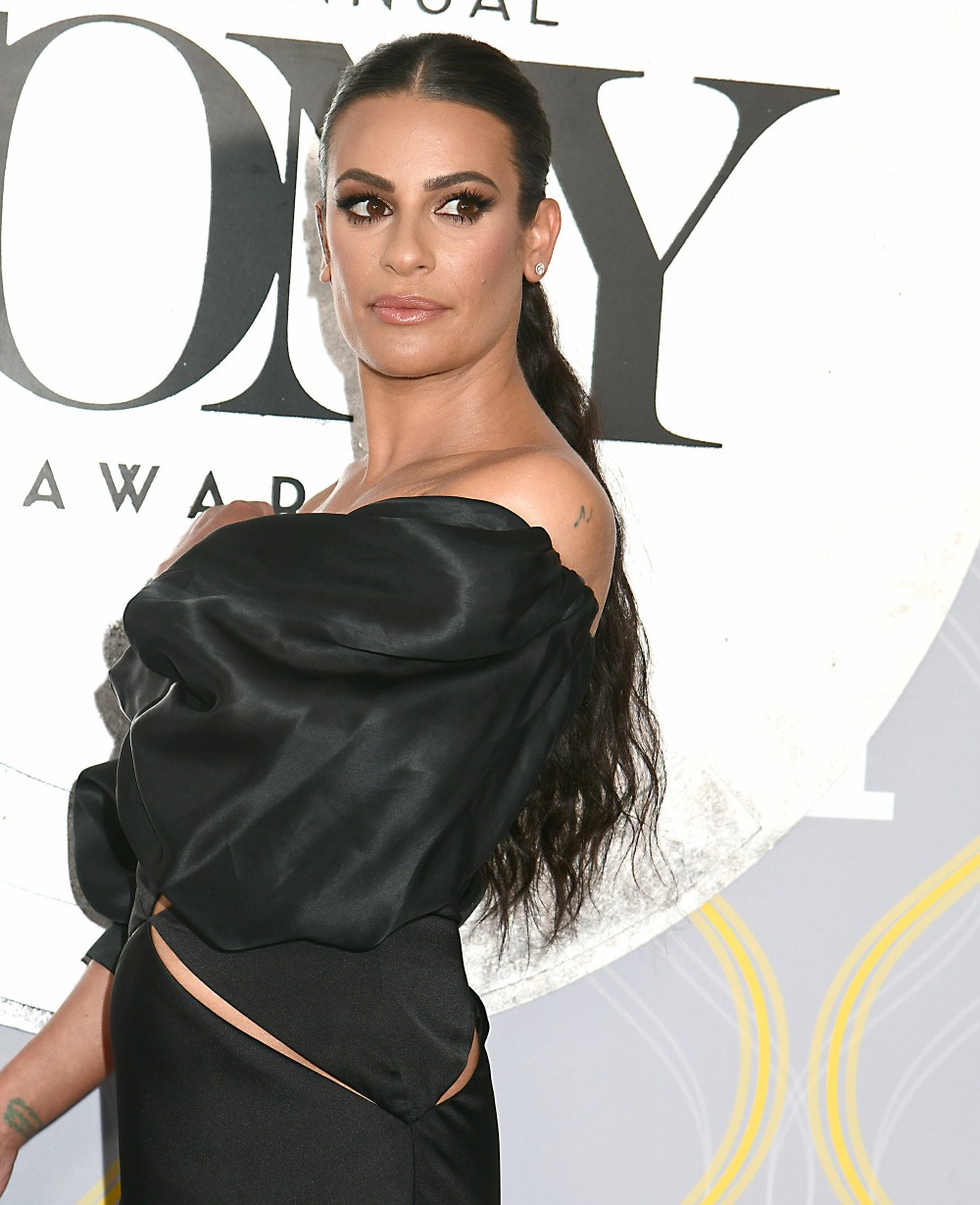 I went into this Lea Michele profile/interview thinking that I would end up writing about Lea’s quote about people telling her to get a nose job, but then the funniest thing happened at the very start of the interview. So, some minor background: there is a years-long internet joke about Lea Michele’s illiteracy. I’ve mentioned it before and Lea even addressed the joke/rumor in a NYT interview this year, only she made it worse. She apparently only recently heard about the conspiracy that she can’t read, which just proves that… she can’t read, because that joke has been repeated online for years. Arguing “I know my lines” is not the same as arguing “I can read my lines.” But I digress. It turns out, Barbra Streisand sent her a letter. Lea can’t tell us what’s in the letter. Because she can’t read it. Some highlights from Town & Country:

She got a note from Barbra Streisand: “It was so surreal and such a wonderful moment. The fact that she acknowledged my performance—I could cry. I called Jonathan [Groff] and Ryan Murphy sobbing.” In fact, the 36-year-old actress isn’t sure she’ll ever let anyone else know what Streisand wrote her. “It was a beautiful, hand-written note that I will cherish. She was incredibly complimentary. It exists. It happened, and now I feel like so many dreams can come true.”

Starring in ‘Funny Girl’: “Honestly, it’s all been one incredible dream on top of an incredible dream.” Growing up, “people would tell me to get nose jobs, that I wasn’t pretty enough for film and television,” she recalls. The comparisons with Streisand were inevitable. “She was an icon for me in my life.”

On Ryan Murphy: “Sometimes I FaceTime him during intermission and say, ‘Can you believe this?’ He’s been such an incredible source of support for me. I’m so grateful for him in my life.”

Her costar Ramin Karimloo, who plays Nick Arnstein: “It’s like playing tennis with someone who’s just as good as you are. It’s thrilling, and our voices just match.”

No wild times on Broadway after the show: “Sometimes Ramin will have a little tequila in my room, but that’s as wild as it gets. My mom asks me the same thing, but calming down is not as hard as you think. I’m really happy to come home,” she says. Once there, she makes two pieces of toast with a lot of butter to eat in bed, “and I’m asleep in two minutes.”

I’m not saying that Lea Michele can’t read, but I will say that she doesn’t do a great job of proving that she can read? What’s in the note Streisand sent you? Oh, I’ll never tell a soul, trust that it’s all complimentary though! It’s also sort of weird and gross about people telling her to get nose jobs, and it just shows the gross need for the entertainment industry to homogenize everyone – there are several generations of actors and actresses who are all interchangeable, little small-nosed blonde bots who look alike. Lea Michele has some terrible qualities but those qualities are about her character and personality – she’s a beautiful woman with an interesting nose. #KeepYourEthnicNoses