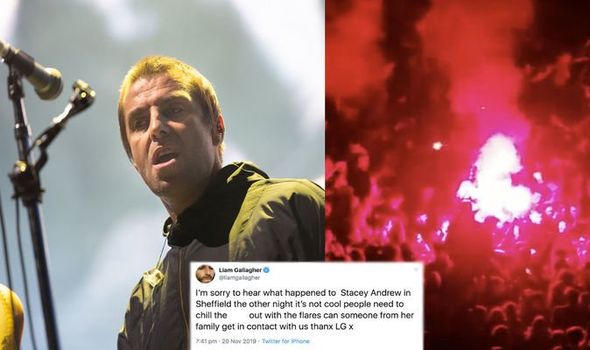 Liam Gallagher has begged show-goers to think twice about what they bring into concerts after a 27-year-old woman was badly burnt when her top went up in flames after another fan threw a flare into the crowd at one of his concerts, which she admitted was her “first gig”.

The rocker reached out to the fan, identified by the BBC as Stacey Andrew from Boston, Lincolnshire, who was horrifically hurt in the accident.

In an attempt to send his apologises for the tragic event, he tweeted in view of his 3.2 million Twitter followers, asking for a member of her family to contact his team.

He said: “I’m sorry to hear what happened to Stacey Andrew in Sheffield the other night it’s not cool people need to chill the f*** out with the flares can someone from her family get in contact with us thanx LG.”

Stacey was the victim of the tragic event when she attended the Fly DSA Arena in Sheffield to see Liam perform. 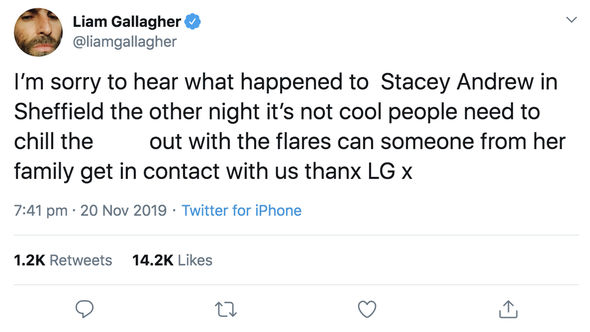 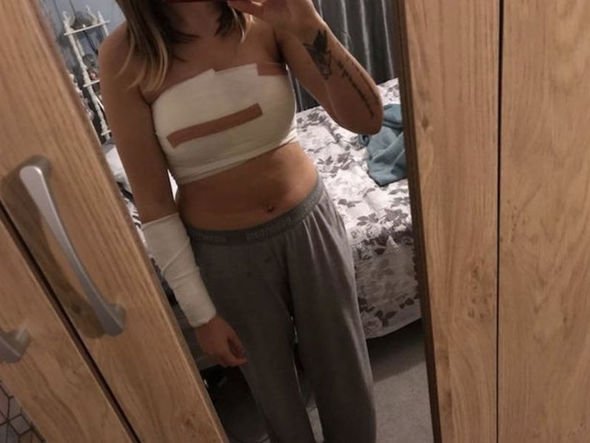 She suffered severe burns along her chest and arms and her hair was also affected by the flames.

Stacey’s brother, Leon Andrew took to Facebook to try and find out the culprit was in the hope that she would receive justice for the scars that she will have to live with for life.

Leon wrote: “Anyone who has information on the scuba who decided to light a flare and throw it into the crown and set my sister on fire i want his name or nay information on him because he needs to pay for what he has done could of taken my sister away from me and our family tonight you f****** coward.”

In another post, Leon shared pictures of two men holding coloured smoke flares in the middle of the crowd and asked for help “naming an shaming” them for “the pain they have caused my sister.” 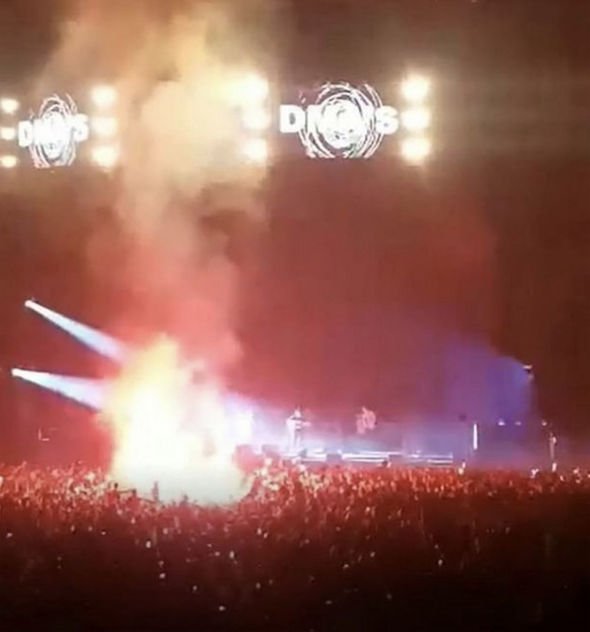 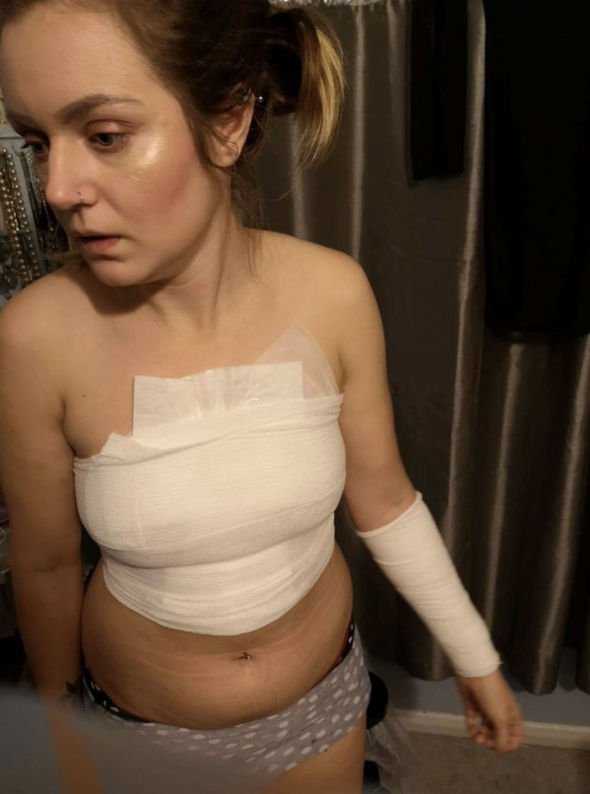 Stacey spoke to the BBC of her traumatic experience: “The flare hit my head and fell down my top, at first I didn’t realise what had happened until people shouted.

“I didn’t realise what had happened then people started patting me. My shirt was in flames and a man ripped it off,” she added.

The victim also claimed there was “no proper first aid” and they had to make their way out of the crowds to find help.

“It was so embarrassing, I was just in my bra,” she said.

“The Red Cross saw us but their tap wasn’t running so they had to find water. The on-site nurse was good and covered my dignity as best as she could”.

“It looks like someone let a firework off on my chest,” she described her life changing injuries.

Fan’s replied to Liam’s tweet, agreeing that what happened was “unacceptable,” as one said: “This new trend of bringing flares to INDOOR gigs is ridiculous.

“I’m all for having an ace time and getting involved at a show, but bringing what’s essentially an explosive into a packed arena thinking you’re billy big b******s, nah thanks.”

Another pleaded: “Liam tell this silly people to stay at home with their flares, we want to come back home safe after a gig and this is not fun for anyone.”

The venue said it was “extremely sorry” to hear about the “irresponsible” actions of the perpetrator.

Dominic Stokes of the FlyDSA Arena told the BBC: “The irresponsible behaviour of the concert goer who threw the flare along with any other people within their party who were aware of the possibility of their actions cannot be condoned and they should be held accountable for their actions.”

He added: “I am aware from comments on social media that our processes for dealing with this type of prohibited item is being linked with our counter terrorism strategies.

“I can assure all our customers that our work with the relevant partners and agencies in this particular area has been commended and the seen and unseen actions we take mean the wellbeing of our customers is front and centre of everything we do.”