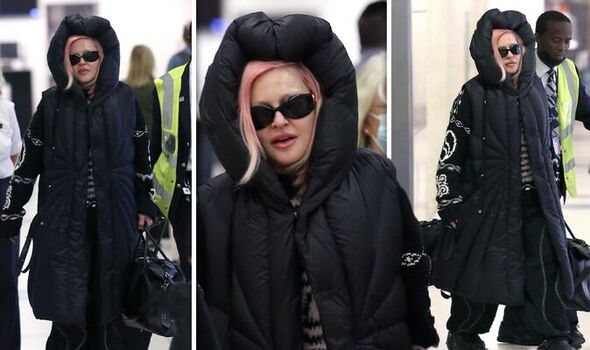 Madonna toned down her usual glamorous appearance as she landed at JFK airport today as she cut a casual figure.

The Like a Virgin hitmaker looked miles away from her usual Instagram pictures as she tried to keep a low profile.

She added a large black puffer coat, where she kept the hood up, trying to avoid the paparazzi.

Madonna accessorised her look with a black bag and dark shades, but exposed her bright pink tresses.

She showed off her flawless complexion as she walked through the airport make-up free. 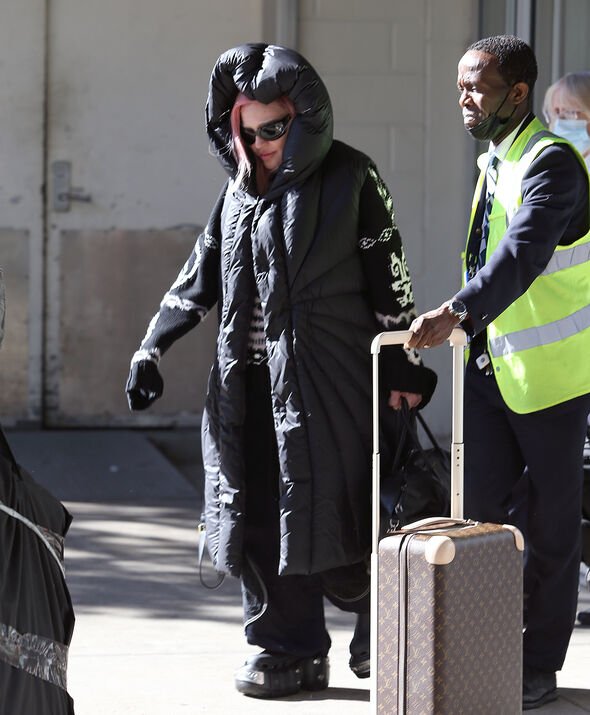 Madonna, 64, appeared to go incognito in a very large jacket

Madonna sported a large black puffer jacket along with a full black ensemble and shades, as she walked through JFK airport. 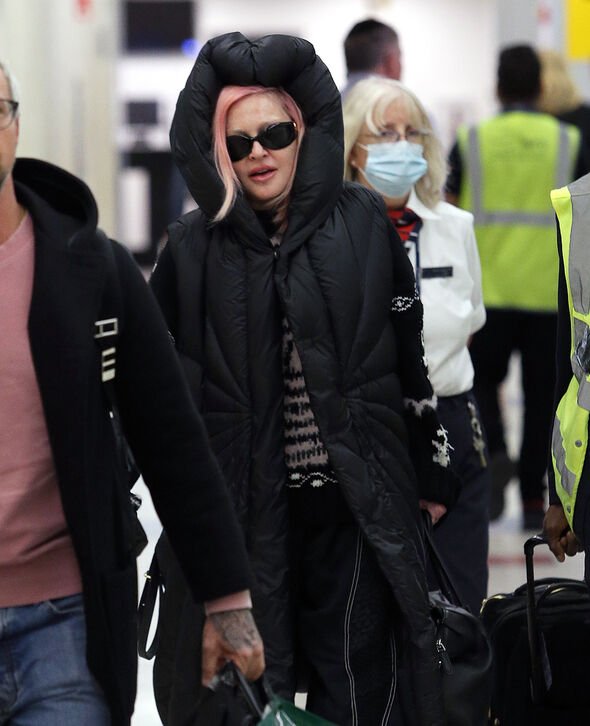 Madonna showed off her flawless complexion 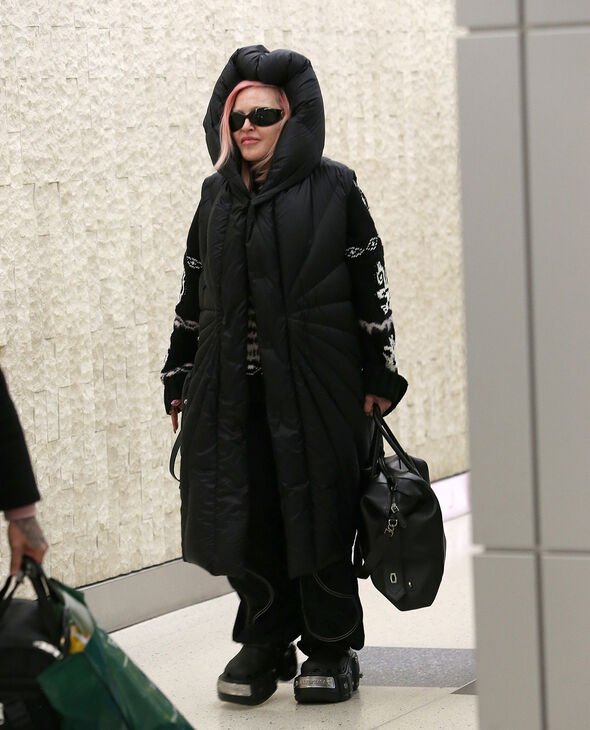 Madonna was arriving at JFK from London

Madonna was pictured in London this week as she enjoyed dinner with friends at the Michelin-starred restaurant Locanda Locatelli on Tuesday. 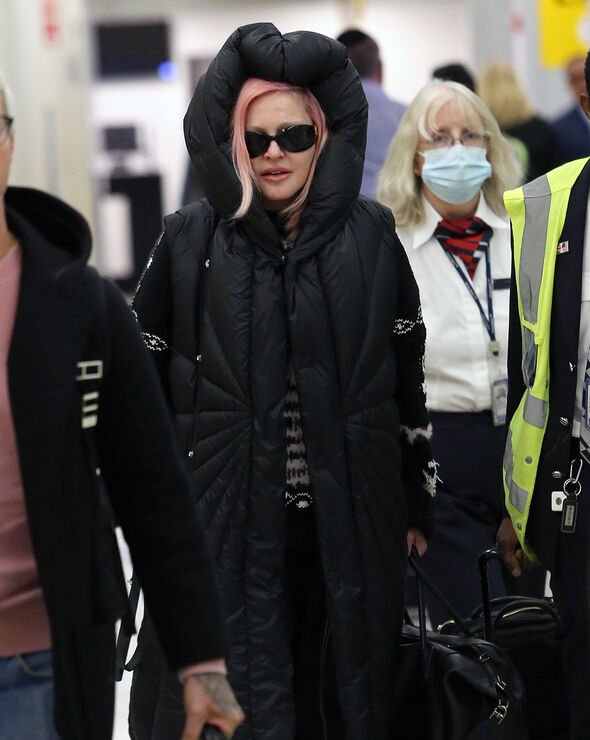 Madonna posted several raunchy snaps during her visit to London

Madonna was pictured drinking out of a wine bottle while posing for the cameras as she flaunted her extraordinarily youthful visage on Instagram this week. 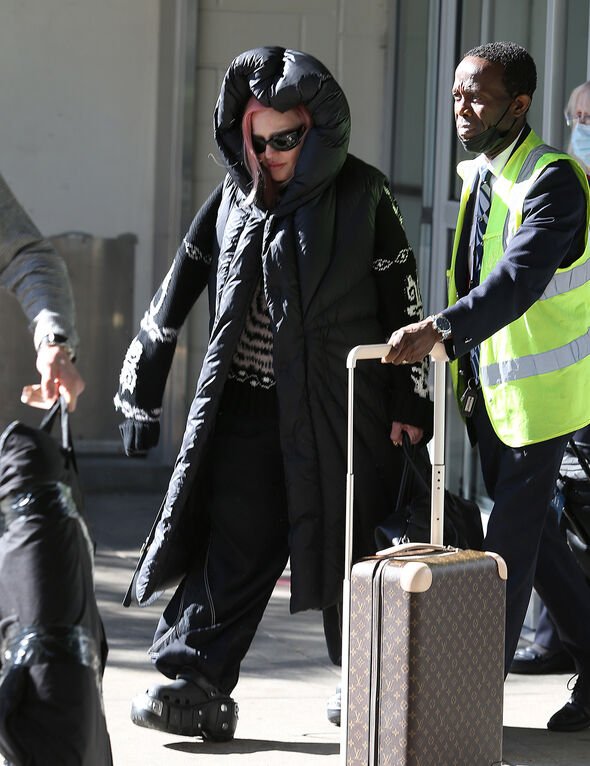 Madonna recently shocked her fans when she dyed her hair pink

Madonna recently dyed her hair a shade widely known as ‘Millennial pink’ because of its popularity with the younger generation. 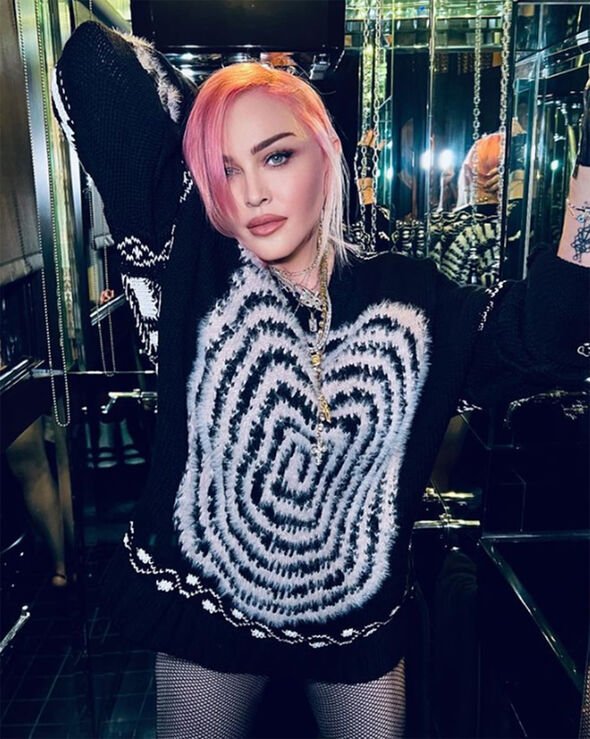 Madonna has a total of six children

Madonna also has children: David Banda and Mercy James, both 16, and Stelle and Estere Ciccone, both nine. The pop singer also has daughter Lourdes, 25, who she shares with her ex Carlos Leon and Rocco Ritchie from her relationship with director Guy Ritchie.